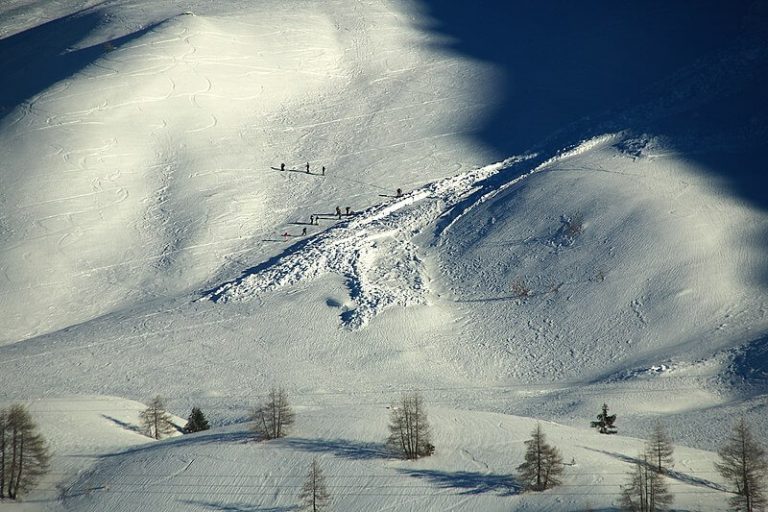 WHAT IS AN AVALANCHE ?

When you look at a snow capped mountain it looks so picturesque and stunning, but that can change very quickly if an avalanche takes place.

An avalanche is triggered when a big mass of snow piles up on a weaker layer of snow, and becomes so heavy, that suddenly it slips and sends a mass of snow, ice, and rocks falling rapidly down the mountainside, at speeds of 80 miles per hour.

Most avalanches are small, with only a minimal amount of ice and snow, but in high mountain ranges, such as the Alps and the Himalayas, they can be huge and cause great damage and suffering.

WHAT CAUSES AN AVALANCHE ?

Avalanches can be triggered by different things. The main one occurs during the winter and spring, when snowfall is at its greatest. This is when the new snow can make recently accumulated snow to suddenly dislodge and slip down the side of the mountain.

These days experts are known to be on the lookout for avalanches. When over a foot of fresh snow falls, they use explosives to trigger a smaller avalanche, which is of no threat to people or property.

When a lethal avalanche takes place, the fast moving snow, ice, and rocks can crush or injure anyone in its path. Most at risk are skiers and mountain hikers. If they get trapped, it’s like getting buried alive, as the snow is so heavy that they can’t breath.

Some avalanches has buried whole houses and villages. Once a avalanche stops, the snow settles like concrete, making it almost impossible to move, leaving many victims at risk of frostbite due to the freezing cold temperatures.

In order to survive an avalanche, you would have to be rescued within 45 minutes after it happened, or risk been buried alive. Unfortunately some avalanche victims have tried to dig their way out, not realizing they were upside down in the snow and were actually digging themselves further under the snow.

WHAT TO DO DURING AN AVALANCHE !!!

(1) Always run sideways to get out of an avalanches way.
(2) If you are carrying anything heavy at all, let it go, because this could make you sink in the snow.
(3) If caught in the sliding snow, try and grab onto a tree, or if not, try to swim fast to stay on top of the snow.
(4) If you get buried, try and make a hole around you and raise your hands as high as you can.
(5) Dig an area around your face which enables you to breath properly, while you wait for rescuers to find you. 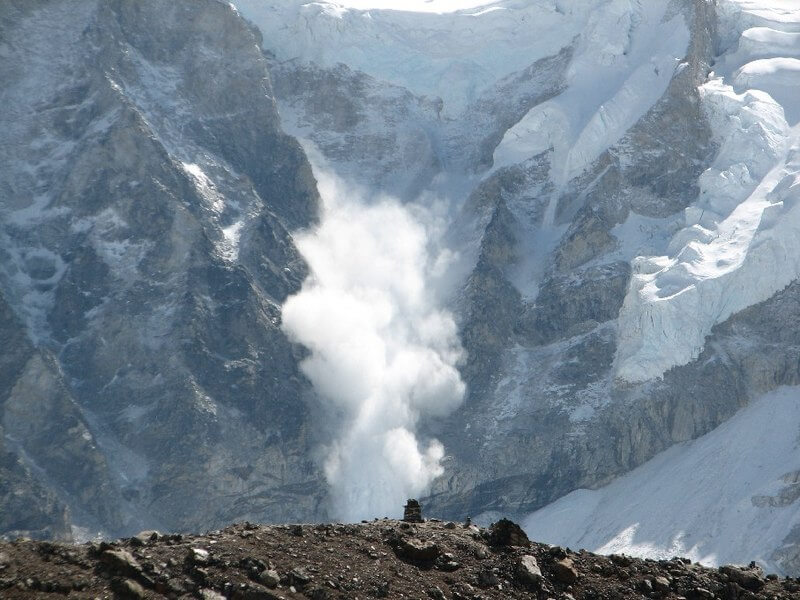 Avalanches are caused by four main factors, a steep slope, snow cover, a weak layer, and a trigger.

Small avalanches happen all the time, these are called “sluffs”, and account for a tiny fraction of deaths and destruction than its big brothers version.

The Alpine countries of France, Austria, Switzerland, and Italy experience the greatest number of avalanches and deaths every year.

The states of Colorado, Alaska, and Utah have the most avalanches in the United States.

In 1970, the most deadliest avalanche in history was triggered by an earthquake. It is estimated that 22,000 people died.

The deadliest avalanche in the United States happened in Wellington, 1910, killing 96 people.