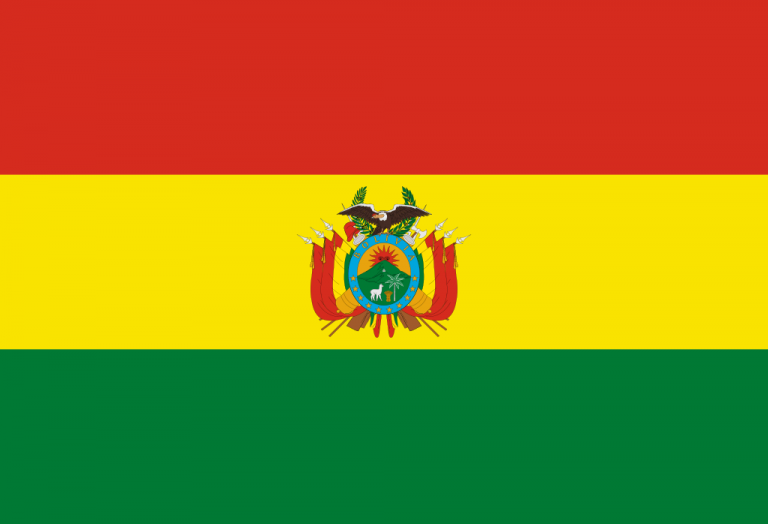 Bolivia, officially the Plurinational State of Bolivia, is a landlocked country of west-central South America.

Bolivia changed its official name from Republic of Bolivia to Plurinational State of Bolivia in 2009.

A BRIEF HISTORY OF BOLIVIA !!!

The earliest know inhabitants of Bolivia were nomadic hunter gatherers, who reached South America between 12000 BC and 1400 BC.

Researchers believe the next to live in this region was the Chavan people around 300 BC, who then inexplicably disappeared, only to be replaced by the Tiahuanaco culture for the next thousand years or so. They were highly advanced in art, agriculture and architecture. The Tiahuanaco ancient ruins in La Paz, is a popular tourist attraction in the country nowadays.

Other culture such as the Moxos and the Mollos also inhabited the land of Bolivia, but like the Chavan people, they all just disappeared into thin air. However, in around the 1440’s, shortly after the demise of the Tiahuanaco culture, the Incas arrived.

The Incas began to rule a great empire in South America, including most of Peru, and parts of Chile, Ecuador, Bolivia and northwest Argentina.

At high speed, the Incas rose to prominence in present-day Bolivia, conquering lands, and building their great cities and aqueducts. When the Incas arrived in Bolivia, they merged local tribes as they have done elsewhere, enslaving them to work in their mines and fields.

When the Spanish arrived in 1524, led by Francisco Pizarro in search of gold and riches, the conquest had formally begun. They were brutal and efficient, and within a decade they overpowered the Incas and seized Alto Perú, later to become Bolivia.

The discovery of silver at Potosi in 1545, helped to make Spain one of the world’s wealthiest nations, all thanks to the enslaved Africans and indigenous South Americans who were forced to work in the mines.

Most of them died after just a few years, from either harsh conditions, or from infectious diseases brought over by the Europeans, such as smallpox, to which they had no resistance.

This exploitation and cruelty of the Indians and Africans nearly lasted for three whole centuries, and something had to give. It did in 1809, when the indigenous people of Bolivia rebelled against Spanish rule, but the first wave of rebellion was crushed by the Spanish at the battle of Chuquisaca.

However, they did not have to wait to much longer for freedom, because in 1822, General Simon Bolivar, who had succeeded in liberating both Venezuela and Colombia from Spanish domination, dispatched General Antonio Jose de Sucre to defeat the Spanish Royalists at the battle of Pichincha.

Following years of guerrilla warfare against the Spanish, both Bolivar and Sucre had decisive victories in the battles of Junín and Ayacucho in 1824, initiating the beginning of the end of Spanish rule in the region.

On August 6, 1825, the new Republic of Bolivia was born. The country was named after General Simon Bolivar, the great South American liberator.

Bolivia has been landlocked since it lost their Pacific coast territory to Chile in the “War of the Pacific” between 1879-84. However, since then, agreements have been put in place with it’s neighboring countries to allow them direct access to both the Atlantic and Pacific oceans.

Bolivia is the fifth largest country in South America and the twenty eight largest in the world.

Bolivia has two capitals, La Paz and Sucre. During political turmoil, the Conservative Party and the Liberal Party both compromised in both cities sharing the title as capital. In recent years, there has been movements to make Sucre the main capital of the country, however, this has been unsuccessful.

Bolivia has the world’s highest capital city. La Paz is located at an altitude of 3600 meters (11,800 feet) above sea level.

One third of the territory of Bolivia lies in the Andes Mountains.

Bolivia’s mountainous western region is one of the highest inhabited areas in the world.

The Madeira river is the longest river in Bolivia. It measures 2,020 miles long and is a major water body in the continent of South America. It is one of the biggest tributaries of the Amazon River.

The Amazon River itself, starts high up in the Andes Mountains in Peru, and flows through Brazil, Bolivia, Colombia and Ecuador before finally reaching the Atlantic Ocean.

The Amazon River is responsible for about one fifth of all freshwater that flows into the world’s oceans. It is also home to around 3000 known species of fish.

Lake Titicaca, on the border between Bolivia and Peru in the Andes Mountains, is at 3,800 meters (12,470 feet) above sea level. It is called the ” highest navigable lake” in the world. The Uros people still live on the lake, on floating islands made from a grassy lake reed.

Salar de Uyuni in southwest Bolivia, is the largest salt flats in the world. It is nestled in among spectacular mountain scenery, and is one of the most popular tourist sites in Bolivia today. It measures, 10,582² km (4,086² miles) in size, and is known as the “world’s largest mirror,” especially during the wet seasons, as it turns into a mirror of the sky above.

Bolivia is one of the most bio-diverse regions on Earth. They are excessively proud of the thousands of species of birds, animals, fish, reptiles and amphibians that can be found in their well preserved national parks.

Here is a list of some awesome native animal species you’ll find in Bolivia: the jaguar, the manned wolf, the giant otter, the Andean flamingo, the spectacled bear, the capybara, the alpaca, the Andean condor, the Amazon river dolphin, the viscacha, the piranha, the sloth, the tapir, the chinchilla, the caiman, and the anaconda.

The Capybara is the world’s largest rodent and is native to Bolivia. It looks like a giant sized guinea pig. Every lent in Bolivia, tons of capybara is eaten.

When speaking about the climate in Bolivia, one typically refers only to two seasons, the rainy one and the wet one. The wet season roughly runs from November to March, and the dry season runs from May to October.

Bolivia’s weather differs greatly depending on the altitude of the region, as most of the country is situated at a high elevation. Temperatures vary from hot and humid during daytime, to freezing cold at night.

Bolivia has a great potential as a tourist attraction, due to its diverse culture, geographic regions, rich history and food. And with the government pushing hundreds of millions of dollars into the infrastructure of the country, one day, Bolivia could be one of the most visited countries in South America.

The El Alto International Airport in Bolivia is at an altitude of 4,061 meters, making it the highest international airport in the world.

The Yungas Road in Bolivia is probably the world’s most dangerous road. The road is carved into the mountainside, and in places it is not much wider than a bus. Between 200 and 300 people die on it every year, as cars, buses, and often trucks fall over its steep edges.

The Yungas Road stretches about 60km, and it links the city of La Paz to the Yungas region of Bolivia. It is a popular tourist attraction.

Bolivia was named after Venezuela’s independence fighter Simon Bolivar, who helped free Bolivia and other South America countries from the clutches of Spanish rule.

Although Bolivia has no coast, it still has a big navy. The Bolivian Navy is a branch of the Bolivian Armed Forces. There is a compulsory military service for all Bolivian citizens.

Bolivia has the second largest reserve of natural gas in South America. It sells natural gas to Brazil.

Inequality in Bolivia is very high, as there are some very rich people, while the majority of the country is extremely poor.

Bolivia is the poorest country in South America. Most of the people here are farmers, or work on farms.

Bolivia is one of the world’s largest producers of coca, the raw material of cocaine.

Bolivia is a main exporter of Brazil nuts.

Bolivia has a large population of indigenous peoples. It is estimated they make up nearly 25% of the whole population.

While Spanish is the official language in Bolivia, there is also more than thirty indigenous languages spoken in the country.

In Bolivia, there are up to 36 different indigenous groups, who all have their own languages, customs, traditions and way of life.

At the witches market in La Paz, you’ll notice unusual items for sale. Where you’d expect to find potatoes, you’ll find dried animal fetuses instead. You’ll also see real life witches casting magic spells and offering to tell you your future. You can also purchase aphrodisiac formulas and potions that promise you beauty and fertility.

Flight times to Bolivia, from London/UK takes roughly 14.5 hours, and a flight from New York/USA takes about 8.5 hours.