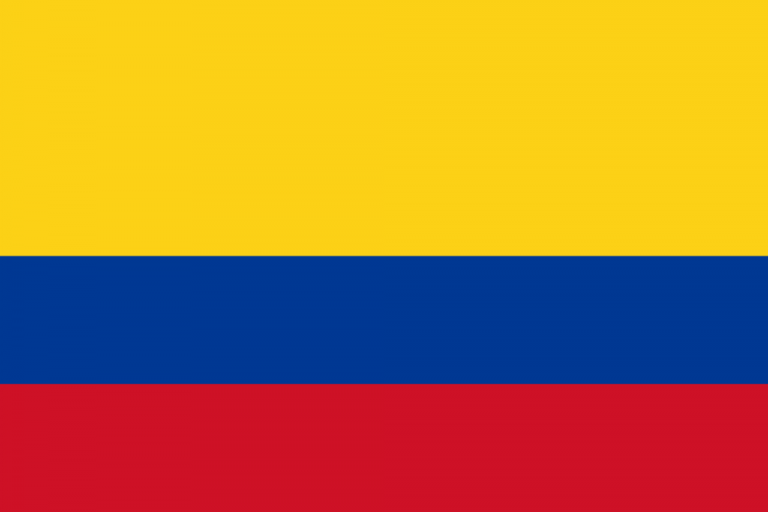 Colombia, officially known as the Republic of Colombia, is located at the northern tip of South America. It is the only South American country to have both a Pacific and Caribbean coast.

The name “Colombia” is obtained from the last name of Italian explorer Christopher Columbus.

A BRIEF HISTORY OF COLOMBIA !!!

Although Christopher Columbus has the honor of being Colombia’s namesake, it is well known that it was another explorer called Alonso de Ojeda, who first arrived on these shores in 1499. The inhabitants of the region at that time were called the Muisca Indians.

The Spanish explorers noticed the wealth of the local Indians at once, and it didn’t take too long for the Spanish to arrive in numbers to take control of the land. By 1525, they had established a settlement in Santa Marta, and by 1533, another one was established in Cartagena.

As the Spanish moved deeper into the Muisca territory, obsessed with finding gold and other valuables, it led to a confrontation with the local Indians. The Spanish overcame the locals, stealing all their gold and jewels.

The Spanish forced the captured natives to work on the plantations. Many of them died from hardship, violence, and infectious diseases brought over by the Europeans, such as smallpox, to which they had little or no resistance.

In 1538, the Spanish set up another settlement in Santa Fe de Bogota. Over the next 10 years, more and more of the region was conquered, and by 1550, the whole of Colombia was under Spanish rule.

As the colony developed under Spanish rule, the Spanish brought in thousands of African slaves to use as workforce on the lands, setting up Cartagena as the exclusive slave-trading post.

Roll on 250 years, as Spanish domination of the continent increased, so did the discontent of the inhabitants. Slavery, unfair taxes and duties slowly gave rise to protests. One city after another all declared independence from Spain.

The Spanish tried their utmost to stem the tide of unrest, however, in 1819, Colombian forces led by Simon Bolivar, who was to become the hero of the independence struggles, claimed victory over the Spanish, which gained Colombia their independence.

Although Colombia had to wait until August 7th, 1819, to gain independence, it is actually celebrated in the country on July 20th every year. This is due to the fact, that back in 1810, on the 20th of July, Colombian patriots with the backing of the people of Bogota, staged major street protests against Spanish rule. The ruler exercising authority at the time was forced to agree a limited independence, although it would become permanent in time.

Colombia shares a land border with five other countries. They are, Brazil, Peru, Ecuador, Venezuela and Panama. However, it has only road connections to both Ecuador and Venezuela.

Bogota, the main city and capital of Colombia, lies at 2,640 meters (8,660 feet) above sea level, making it the third highest capital in South America.

Bogota is the third largest city in South America.

Before the Europeans landed on the shores of Colombia in 1499, the land was inhabited by the indigenous tribes of Muisca, Quimbaya and Tairona.

More than 2000 years ago, the early inhabitants of Colombia made golden objects, which you can see today in Bogota’s Gold Museum.

Thousands of years ago in Colombia, legends says there was once a Chief called “El Dorado,” meaning, the golden one, who used to cover himself in gold dust. Nowadays in Colombia, El Dorado is the name of a mystical lost city, which is loaded with gold.

The climate in Colombia varies little throughout the year, due to its proximity to the equator, however it does vary according to altitude. The rainy season in the country is from May to November.

Colombia is located on the Pacific Ring of Fire, so they are always at risk of Earthquakes and Volcanic eruptions.

The Colombian terrain is distinguished by two large mountain ranges, the Colombian Andes and the Sierra Nevada de Santa Marta.

Colombia is home to 10% of the Amazon rainforest.

In the Valley of the Statues in the Andes, sit more than 500 rock figures, some as high as 23 feet. They were carved out over 5000 years ago. Some are of animals, such as elephants and gorillas, and of people wearing turbans.

There are many important rivers in Colombia, such as the Cauca, Caqueta, Putumayo, Guaviare, Meta and  Atrato Rivers. However, the Magdalena River is the most important waterway in the country, with a total length of 1,558 kilometers. The river is extremely fertile, and it supports many crops, including coffee, corn, plantains, manioc and cacao.

Some of the most common animals that you will find in Colombia: sloths, tapirs, anteaters, deer, spectacled bears, capybaras, pumas, jaguars and several monkey species.

The golden poison frog, which can be found on the Pacific coast of Colombia, is the most venomous vertebrate ever. The frog only uses its poison for self defense and not for killing prey. Don’t touch this frog, as it can lead to heart failure and death.

Roasted bachaco ants have being eaten in Colombia for centuries. They are de-winged first before they are roasted. They are regarded as a high-protein snack in the country.

Colombia is the world’s largest producers of emeralds, and their coffee is known all around the world.

Since Colombia gained independence from Spain, the country has survived many political assassinations, governmental upheaval, guerrilla conflicts and drug wars. But since 2002, the country has been making huge progress towards improving security.

Nowadays, after all the troubles that Colombia has encountered, the country is emerging as a top tourist destination. It’s easy to see why, with their beautiful beaches, the mighty Andes Mountains, the fascinating Amazon Rainforest and its historical colonial cities.

Football is the most popular sport in Colombia, however the traditional sport of the country is a game called Tejo. This game involves players throwing weighted steel discs towards a metal ring that is rigged with gunpowder. If you hit one of these targets, it ignites and lets off a bang. If you are good enough to hit the target, you gain three points, high five your team mates and have a beer. Fancy a game ?.

The Colombian National Football Team won the Copa America in 2001, beating Mexico 1-0 in the final.