His ideas that the Sun and Planets all revolved the Earth were accepted as true for the next 1,400 Years. He was also a mathematician, geographer and a astrologer. He also listed many of the star constellations.

The Polish astronomer and mathematician altered our understanding in science. He put forth the theory that the planets revolved around the Sun. He challenged the existing view of Earth as the center of the universe. His ideas caused a great scientific and religious debate. 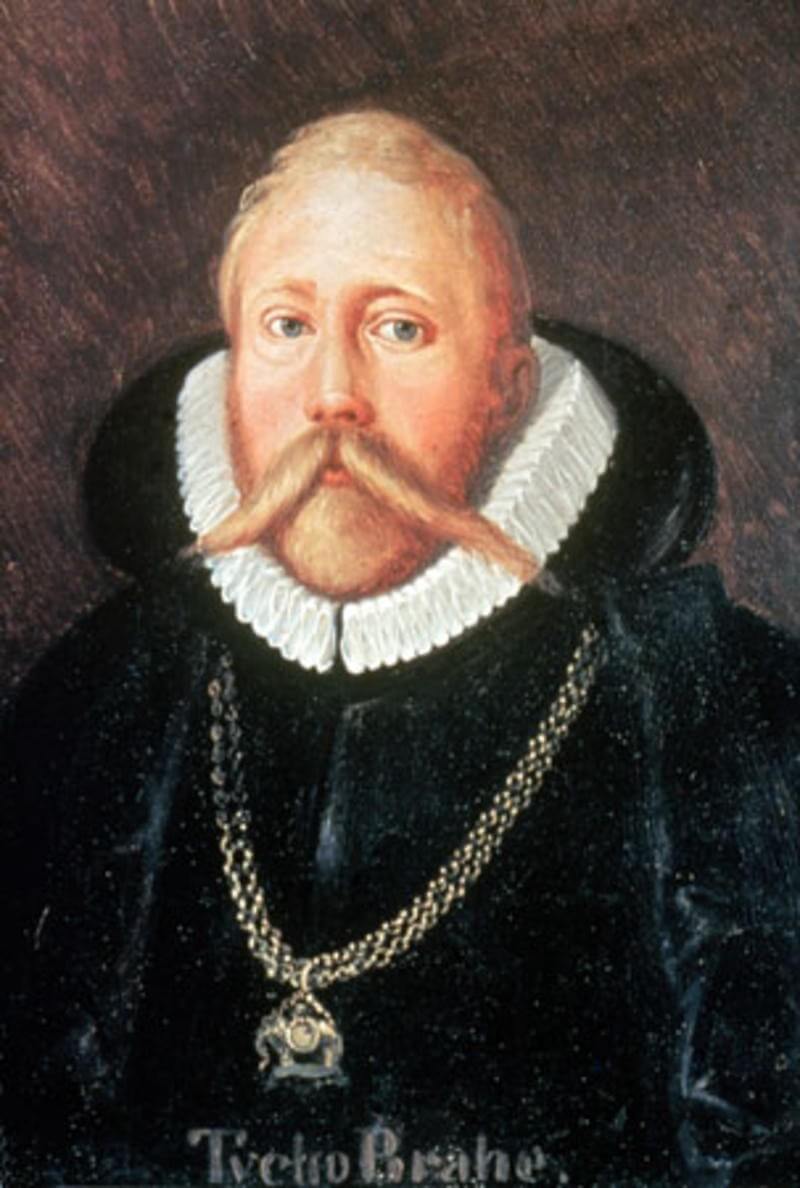 The Danish Nobleman, astronomer and writer made some of the most accurate observations of the planets positions which would eventually prove useful in years to come.

Brahe invented many instruments such as the Tyconian Quadrant which was used for observation of the heavens.

Using the recently invented telescope of his era, he proved fellow astronomer Nicholas Copernicus’s theory correct that the planets revolved around the Sun. The Italian astronomer, physicist and engineer has been called the “father of modern science”. His discoveries with the telescope revolutionized astronomy.

Some of his discoveries were, the spots on the Sun, the four moons of Jupiter and the mountains on the moon. Galileo invented many mechanical devices, but his most famous invention was the telescope in 1609. He was the first person to see that the Milky Way was made up of countless stars.

Kepler is regarded as one of the founders of modern astronomy. He was a mathematician, astronomer and astrologer who discovered three major laws of planetary motion, (1) All planets move about the Sun in elliptical orbits, with the Sun at one focus, (2) A line that connects a planet to the Sun sweeps out equal areas in equal times, and (3) The square of the period of any planet is proportional to the cube of the semi major axis of its orbit.

In 1557, he witnessed a comet and in 1580, a lunar eclipse. In 1611, he created his own telescope (Keplerian Telescope) with his own hands, with the help of the traditional Galilean telescope.

He discovered the law of gravity, showing that the movement of the stars and planets could be predicted. The English physicist and mathematician was instrumental in the scientific revolution of the 17th century.

Newton developed the three laws of motion, which helped astronomy become much more accurate. Newton’s law of universal gravitation and laws of motion are named after Issac Newton.

His discovery of calculus led the way to more powerful methods of solving mathematical problems.

In 1687, he published a book, which has been called the most influential book on physics. In 1705, he was knighted by Queen Anne of England, making him Sir Isaac Newton. 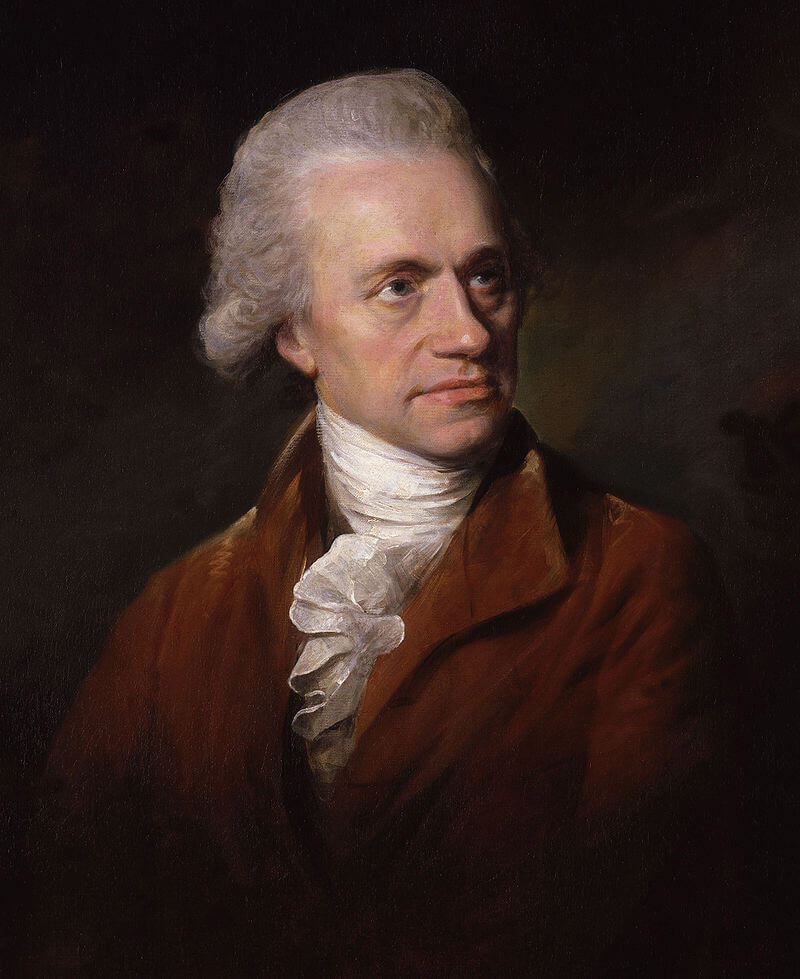 Herschel was a German-British composer and astronomer who discovered Uranus in 1781, by using a homemade telescope. His discovery revealed that the solar system was by far a lot bigger than anybody had previously thought.

As Uranus was the first planet to be discovered, he became famous overnight. And as a result of his discovery, George III appointed him Court Astronomer. In the year 1800, he made another important discovery of the existence of Infrared Light.

Einstein was a German born theoretical physicist who revolutionized science in the early twentieth century, with his theories and findings in the subject of physics. His findings led him to winning the Nobel Prize in 1921, for his work on theoretical physics.

He had made many discoveries as a scientist, but is most known for his theory of relativity.

This theory changed the way that scientists thought about and studied the universe. He set the way for many of today’s modern inventions, including the nuclear bomb and nuclear energy. One of his most famous equations from his theories is E=mc2, which means that energy and mass are different forms of the same thing.

NASA’s Hubble Space Telescope was named after Edwin Hubble, he was recognized as one of the most influential astronomers of the twentieth century. Hubble laid the groundwork for others.

Clyde Tombaugh was an American astronomer who discovered Pluto in 1930. At that time it was considered a planet, but in 2006, it was reclassified as a dwarf planet.

One asteroid discovered in 1931, has been named after him, called the Asteroid 1604 Tombaugh. He also discovered variable stars, which changed in brightness over time.

He also found clusters of stars and galaxies, and at least one supercluster of galaxies.

Both Penzias and Wilson discovered the Cosmic Microwave Background (CMB) accidentally in July 1965. The detection of the CMB has allowed us to study the universe in a way we had never been able to before, and offered us the first tangible evidence of the big bang, adding more weight to Edwin Hubble’s theory.

At the time of their discovery, their research was the detection of neutral hydrogen, but what they were hearing was actually one of the most important cosmological discoveries since Issac Newton.

Carl Sagan was also known as “the astronomer of the people”. He was a great ambassador of astronomy, who wrote several best selling books and TV series on astronomy.

He had graduated from the university of Chicago, where he studied planets and theories of extraterrestrial intelligence. He was named director of Cornell’s Laboratory for planetary studies in 1968.

He also worked with NASA on several projects. Sagan reached out to millions of people through newspapers, magazines and television. His best known TV series was the Cosmos.

Stephen Hawking was a scientist and astrophysicist. He was widely thought to be the most complete scientist since Albert Einstein. As a young man in college he had health issues, and after a series of tests he was diagnosed with ALS (also called Lou Gehrig’s disease).

At the time doctors said he only had a few years to live. Despite the grim diagnosis, Hawking lived a full productive life with the help of science and modern medicine. Unfortunately though, he was confined to a wheelchair and he lost his voice. He could however, communicate using a touch pad and a voice synthesizer.

He became an expert on relativity and black holes. He has also written many books about his studies. In 1988 he published a book called ” A Brief History In Time”.

This book contained subjects on cosmology such as the Big Bang and Black Holes. It was a very popular book, selling nearly ten million copies in forty different languages.

Stephen received many awards for his work, including the 1979 Albert Einstein Medal, the Order of the British Empire in 1982 and the 1988 Wolf Prize in physics. He lived a further 55 years after his diagnosis. An amazing man.