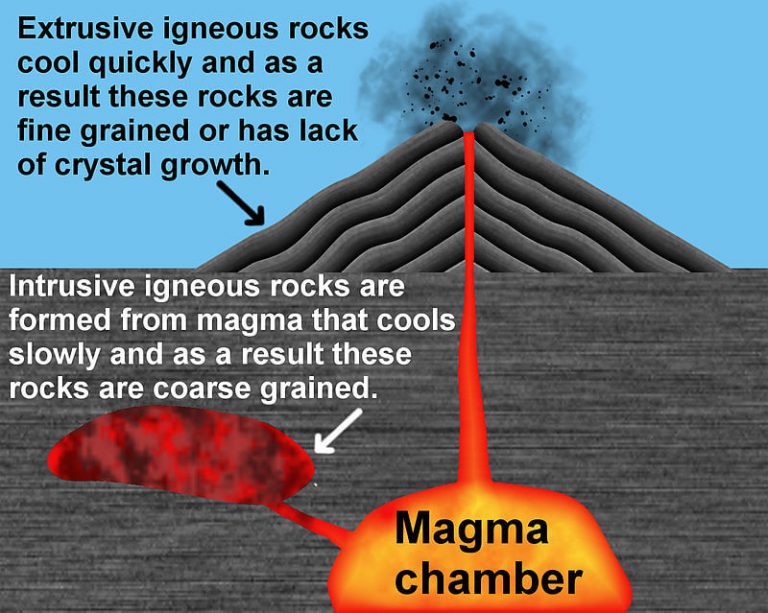 HOW DOES IGNEOUS ROCK FORM ?

When a Volcano erupts, red-hot lava explodes out and flows downhill like a boiling stream of fire. As the lava cools down, a thick skin forms on top, then slowly all of the lava turns into solid rock. This type of rock is called igneous, which in Latin translates to “made of fire.”

Igneous rocks form the greatest part of the Earth’s crust, which is the Earth’s outermost layer. A vast amount of the crust lies under the worlds oceans.

When magma cools and hardens below the Earth’s surface, this is called intrusive igneous rock.

When magma (lava) rises to the Earth’s surface and hardens, this is called extrusive igneous rock.

Deep under the Earth’s crust it is hot enough to melt rock.

The process of magma cooling and hardening can occur on the Earth’s surface or underground. The area of the formation of the rock will tell us the type of igneous rock it is.

The definition of molten is melted.

The atoms and molecules of melted minerals are what make up magma.

Diorite rock is often used as a base material in the construction of buildings and roads.

Gabbro rock is known as black granite, and is used in paving stones, headstones and kitchen counter tops.

Granite rock is white, pink or grey in color. It all depends on the mineralogy of the rock itself.

Basalt rock covers the floor of all the oceans.

Pumice rock is widely used as an abrasive in soaps and cleaners.

Obsidian rock was used to make knives, arrowheads and many other weapons and tools.

Andesite rock has some uses in the construction industry, such as aggregate or fill.

The upper section of the Earth’s crust is taught to be made up of around 95% igneous rock.

Many of our planets mountains are made out of igneous rocks.

There are over 700 different types of igneous rock.

The most common igneous rock is granite, which is a very strong rock that has been used in the making of buildings for thousands of years.

Granite comes from the Latin word “granum,” meaning a grain.

Granite rock contains at least 25% quartz, which is actually harder than granite, making it more durable.

Quartz rock can be found in some sedimentary rocks, like sandstone, limestone, chert and flint, and can also be found in the metamorphic rock, marble.

The moons surface is dominated by igneous rocks. The two most common kinds are basalts and anorthosites. 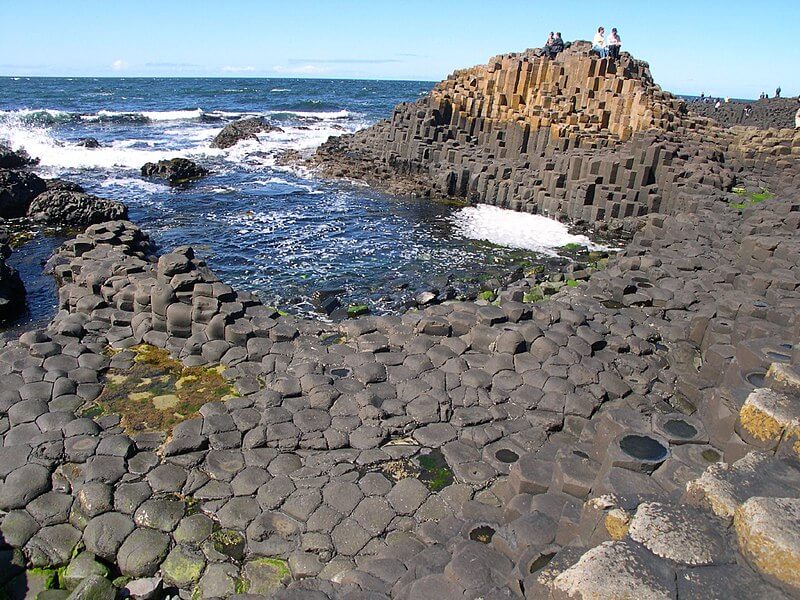 A famous igneous rock landscape called Giant’s Causeway, can be found in Northern Ireland. It was formed when basalt lava cooled and shrank.