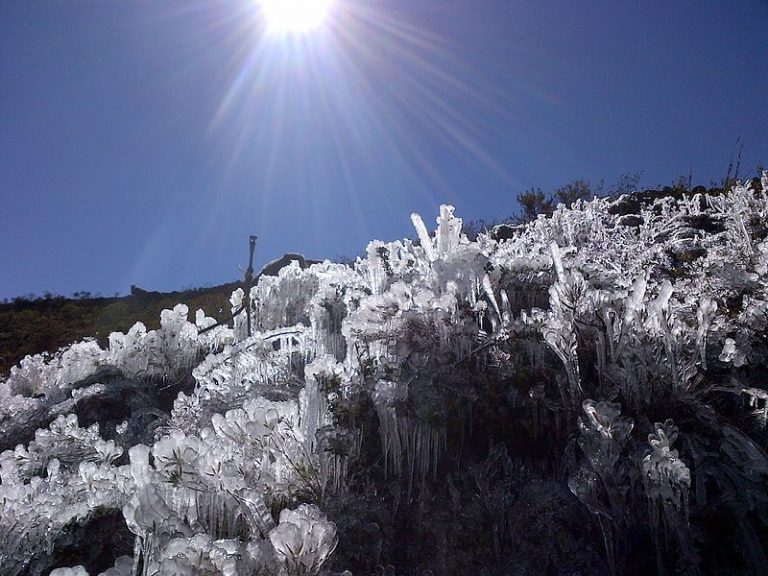 If you’ve ever walked on a patch of grass in the early morning heading to school, and as your walking, all you can hear is a distinct sound of crunching, as if you are walking on eggshells. Well if so, this is the sound of you breaking a tiny coating of ice that has built up over night, after temperatures dropped below freezing point. This is called frost.

HOW DOES FROST FORM ?

When the weather is cold, the temperature of the ground can often drop to below freezing point. This makes the water on the surface (Dew) of the ground to freeze and turn to ice, which we call frost. The ice-crystals in frost form a delicate hair-like shape, that can make frost appear spiky and fluffy.

Dew is tiny drops of water that forms on cool surfaces in the morning or evening, when atmospheric vapor condenses (condensation).

Condensation is what happens when water vapor changes from a gaseous state to a liquid state. For example, when the mirror in the bathroom becomes foggy during a shower, due to the warmer water vapor in the air hitting the cooler surface of the mirror.

Ground frost occurs when ice forms on the ground, objects, or trees. This occurs when the outdoor surfaces have a temperature below the freezing point of water.

Air frost occurs when the air temperature falls below freezing point of water, at a height of at least one meter above the ground.

Grass frost is an un-official strain of ground frost. This frost occurs on natural surfaces such as grass, while other surfaces such as concrete and tarmac don’t, due to their better ability at holding onto any warmth.

Grass frost can unexpectedly occur in late spring or summer, which can be a gardeners nightmare. 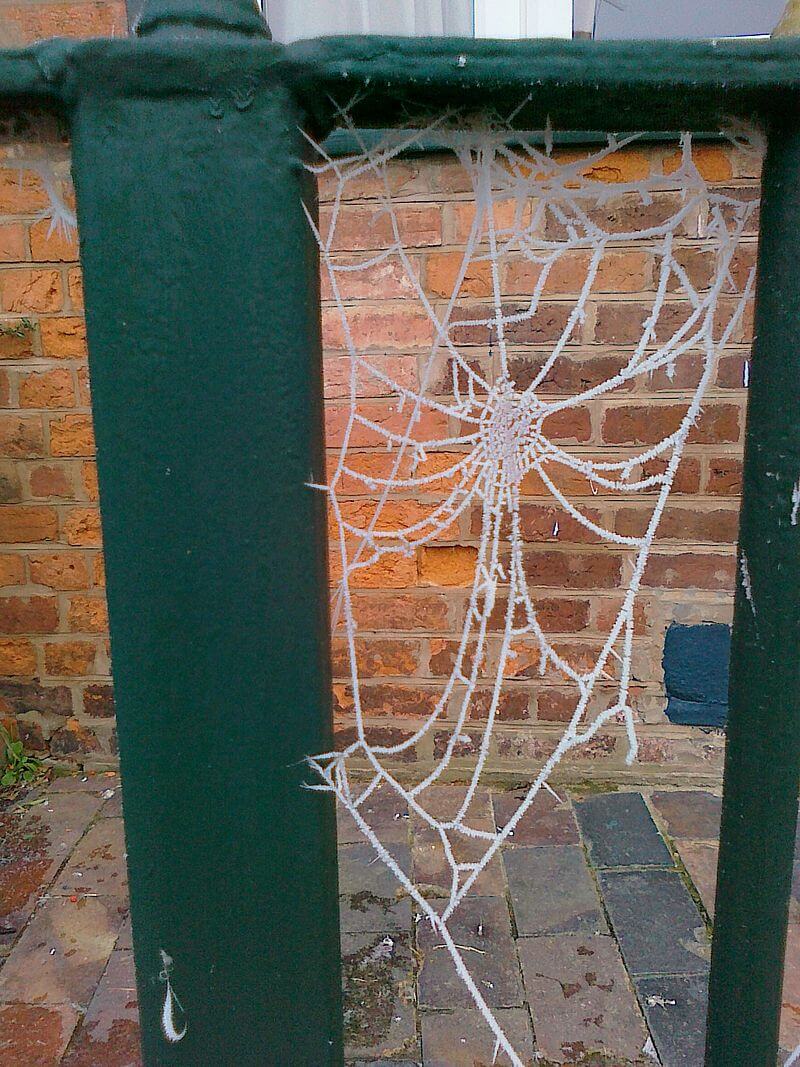 Also known as radiation frost, hoar frost, refers to white ice crystals deposited to objects exposed to the free air, such as grass blades, tree branches, or leaves. They form on a cold night by direct condensation of water vapor to ice, when air is brought to its frost point by cooling. 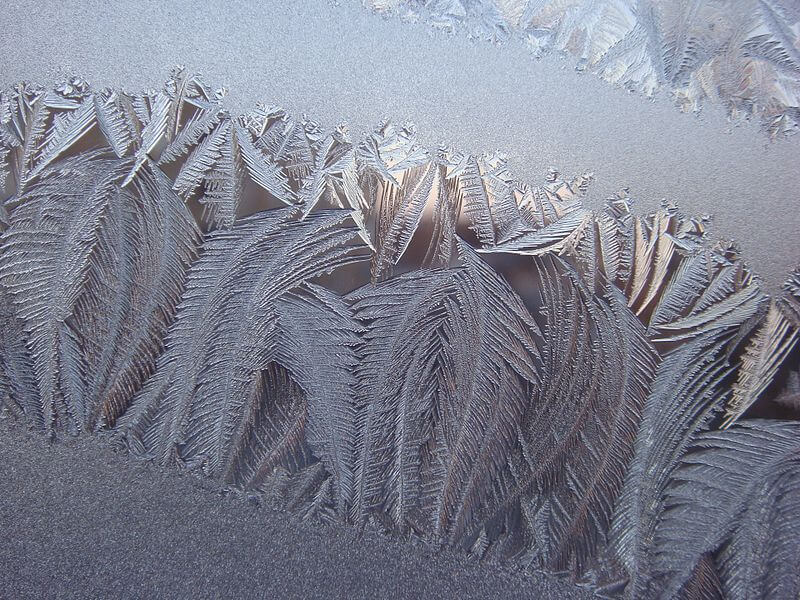 Ice expands and is less dense than water. That is why ice floats.

Seawater freezes at about 28.4° Fahrenheit (-2°Celsius), because of the salt in it. The salt makes it harder for water molecules to bond to the ice.

Plants most likely to be damaged by frost include beans, grapes, melons, tomatoes, eggplants, and peppers.

Plants most likely to tolerate, or even benefit from frost include carrots, onions, lettuce, parsnips, cabbage, cauliflower, broccoli, sprouts, kale, and turnips.

Most farmers spray their crops to reduce frost damage. The spray contains a ice-minus bacteria, which makes it difficult for ice-crystals to form.

Greenhouses help to protect crops from cold and frost damage.

Evergreen trees, such as pine and spruce stop growing during a frost, but they won’t die.

Hoar frost gets its name from a word meaning “old,” mainly because it looks like white hair.

Frost is most common in low lying areas.

Frost usually forms at night, but once the Sun rises in the morning and heats the air, the frost melts very quickly.