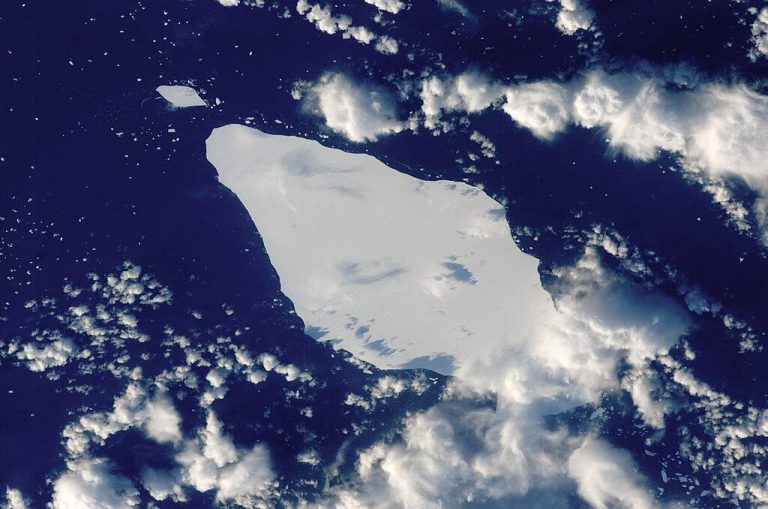 INTERESTING FACTS ABOUT THE ATLANTIC OCEAN !!!

The Atlantic Ocean lies between the continents of Europe, Africa, South America and North America.

The Atlantic Ocean is the second biggest ocean in the world. It is around half of the size of the Pacific Ocean, which is the largest ocean.

The Atlantic Ocean is one of five oceans on our planet. The other four are the Pacific Ocean, the Indian Ocean, the Arctic Ocean and the Southern Ocean.

The five oceans are all connected together, and they are divided up by the world’s seven continents.

The Atlantic Ocean covers roughly 21% of the Earth’s surface and covers approximately 29% of the world’s water surface area.

The average depth of the Atlantic Ocean is about 11,000 feet. It’s greatest depth is the Milwaukee Deep in Puerto Rico, at about 28,000 feet.

The greatest width in the Atlantic Ocean is between Brazil and Sierra Leone, at 1770 miles or 2,848 km.

The Atlantic Ocean has an area size of about 106.5 million km².

In size, the Atlantic Ocean is roughly 6.5 times the size of the USA.

On average, the surface water temperature of the Atlantic Ocean ranges from -2°C or 28°F to over 30°C or 86°F.

The world’s longest mountain range is actually under the Atlantic Ocean. It is called the Mid-Atlantic Ridge, and it stretches over 35,000 miles along the ocean bed.

The South Atlantic Ocean was called the Ethiopian Ocean up to the turn of the 19th century. 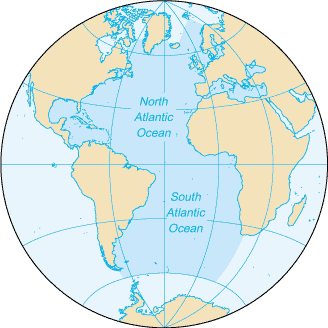 The Atlantic Ocean is connected to the Pacific Ocean at the man-made Panama Canal.

The name “Atlantic” came from the Greek word “Atlantikos,” which means, “Sea of Atlas.”

Atlas was the titan who had to stand on the edge of the Earth and carry the heavens on his shoulder as a punishment from Zeus. Atlas had previously fought against the Olympian gods for the control of the heavens.

Tides in the oceans are caused by the Moon and the Sun’s gravitational force on water, while the Earth spins.

The Atlantic Ocean has the highest tides of any ocean.

The Gulf Stream is a very powerful, warm ocean current, which has a large impact on the climate of the east coast of the United States and western Europe. It brings warm water from the Gulf of Mexico into the Atlantic Ocean.

The Atlantic Ocean provides us with more than just seafood, as ingredients from the sea can be found in many foods. Also, many ingredients are used in medical products that help us fight cancer, arthritis, Alzheimer’s disease and heart disease.

The Bermuda Triangle is located in the Atlantic Ocean. It is believed to be responsible for many mysterious disappearances of airplanes and ships.

Italian explorer Christopher Columbus first sailed across the Atlantic Ocean in 1492, in a Spanish-backed attempt to find a new trading route to Asia. The rest is history !!!

For centuries, the Atlantic Ocean has been a key route for both trade and travel.

The Cunard Line was the first ship to cross the Atlantic Ocean with passengers on board in the 1850’s.

Greenland, the largest island in the world is located in the Atlantic Ocean. Other well known islands in the Atlantic is the Bahamas, the Canary islands, the Azores and the Cape Verde islands.

The Cancun Reef off the coast of Mexico, is the second largest barrier reef in the world. It is located in the Atlantic Ocean.

The two best known waterways in the Atlantic Ocean are the Straits Of Gibraltar and Bosporus.

In 1912, the RMS (Royal Mail Ship) Titanic sank in the North Atlantic Ocean, killing 1,503 people, including passengers and crew, after colliding with an iceberg. It was traveling from Southampton to New York.

The Atlantic Ocean provides us with plenty of natural resources, including fish, placer deposits, natural gas, oil and precious stones.

The Atlantic Ocean is the richest ocean in terms of fishing.

Environmental issues, such as oil spills, toxic chemicals, coastal pollution, overfishing and climate change are having a serious effect on marine life in our oceans. Sea creatures such as the whale, seal, turtle, sea otter, sea lion and the polar bear of the Arctic, are all in danger of extinction.

Global warming is causing sea levels to rise, and the oceans are getting warmer.

Salt in the oceans is mainly caused by rain washing mineral irons from the land into water. Salt used in cooking contains over 90% of all the irons found in seawater.