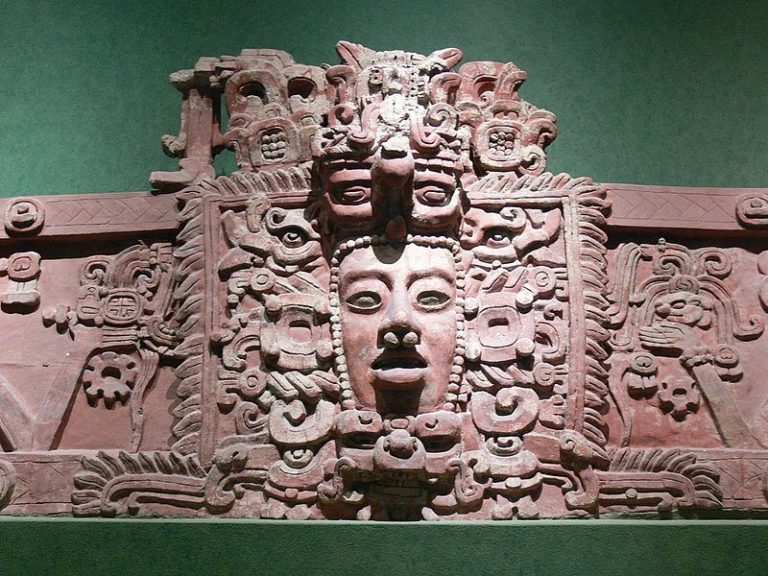 WHO WERE THE MAYANS ?

The Mayans were an important civilization which began around 1000 BCE, in the lowlands of Central America, and southeast Mexico. The Mayan empire was divided into city-states, such as Tikal, Copan and Palenque.

These city-states all had their own king, and they often fought each other for dominance. Over the 2,600 year history of the empire, the different cities rose and fell in power.

The Mayan people believed these kings could communicate with their gods through human sacrifice. They believed the kings became gods after they died. The Mayan religion was all about keeping their gods happy, with gifts of food, drink, and objects of gold and silver.

The Mayas were skilled builders, craftspeople, and artists, and many of the objects they made survives today, such as sculptures, temples and pottery.

Each main city had a central complex, which contained stone palaces, temples, plazas, and a court for playing their sacred ballgame of Pitz.

Ordinary people lived in wooden homes around the city. Their homes have largely disappeared, but archaeologists believe that the stone ruins of many Mayan cities are still there waiting to be discovered beneath the vast jungle foliage of Mexico, Guatemala and Belize.

Although some Mayan cities continued to thrive until the 16th century, their Golden Age began to decline in 800 CE, and nobody really knows why. Possible reasons could be – warfare, disease, prolonged drought, or massive crop failure, which badly effected the sophisticated civilization of more than 19 million people.

SHORT FACTS ABOUT THE MAYANS !!!

After the Mayan classical civilization ended in around 900 CE, they moved north, and founded a new civilization at Chichen Itza in Mexico, which lasted until the sixteenth century. As of today, their descendants can be found living in the same areas the Mayan civilization used to live in.

There are many Mayan languages still spoken today.

The Maya worshiped numerous gods associated with the Sun, rain and nature.

The Maya were expert mathematicians and astronomers, and also invented their own form of writing.

The Maya created the earliest known system of writing in the Americas using symbols called glyphs. Each glyph represented a word or a sound, which was carved into sculptures, stone lintels, pottery, and stone slabs called stelae. It was also painted into codices.

The Maya developed around 850 different glyphs, and nowadays historians can interpret about 90% of them.

The Maya kept details of their history in books of cloth, which was made from tree bark folded into sheets. These books were called codices. When the Spanish conquerors arrived in the sixteenth century, they destroyed any codices they could find.

As of today, only four are left. One of them is called the Dresden Codex. It was created around the thirteenth century CE, and it shows the observation of Mayan astronomers, including the cycles of the moon and sun.

The Maya built hundreds of cities of large stone structures, but nowadays they are best known for their temples that they built to their gods. These temples were built as stepped pyramids, and some would be a couple of hundred feet in height.

The cities they built were connected with well built roads, which would run through rainforests and jungles.

Each city would have a ball court where athletes played their sacred ballgame to honor the gods. The game called pitz, was played with a rubber ball ranging in size from that of a softball to a football.

The players would use their arms, legs, and bodies to move the ball around the court, and get it through stone hoops attached to the sides of the ball court, without using their hands or feet. Sometimes the winning captain was killed for the gods, which was considered a great honor.

The Maya are known as “the mysterious Maya”, because nobody knows where they came from, and nobody can tell what happened to them.