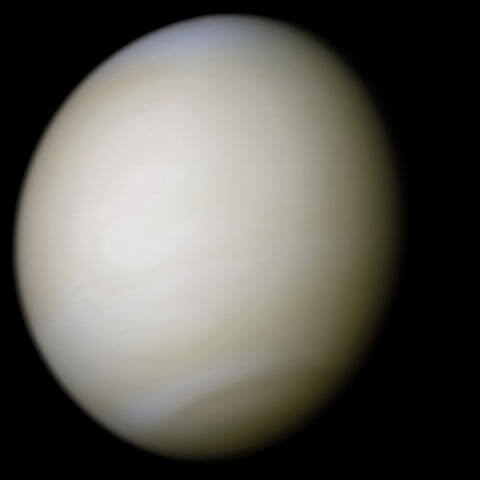 First things first, Moons orbits their planets and the planets orbit the Sun.

There are more than 200 Moons in our Solar System.

Venus along with Mercury have no moons.

An orbit is a journey/path that an object takes in space. For example, stars, planets or moons.

Gravity is the invisible pulling force that works in space. Earth’s gravity is what keeps us on the ground and stop the oceans from spilling into space.

The closest planet to Earth is Venus. Some call it our twin sister, because it is almost the same size and is made up of the same kinds of rocks and metals as Earth. Although it is not a good home for humans.

The atmosphere on Venus is like a high pressure cooker made of poisonous gases. Visitors would shrivel up in seconds and roast like a potato.

This is a list of planets in order of their distance from the Sun: Mercury, Venus, Earth, Mars, Jupiter, Saturn, Uranus and Neptune.

Mercury, Venus, Earth and Mars are known as the Inner Planets, because they are the planets nearest the Sun. These planets are all made up of the same kind of materials – Rocks and Metals, while they also have a solid outer surface called the crust.

Venus has a cloudy and swirling atmosphere similar to Earth, except for it’s burning hot and poisonous.

The yellow clouds in the sky of Venus are full of a harmful acid. If it rained it would burn your skin.

Venus is named after the Roman Goddess of Love.

Venus is the only planet named after a female.

On Venus it is forever cloudy and the sky is orange.

Astronomers call Venus the morning or evening star, because the light from the Sun bounces off the thick clouds on the planet. So just before sunrise and after sunset, it often looks like a big bright star in our sky.

Venus is the second brightest natural object in our sky after the Moon.

There are no seas, rivers, or oceans on the surface of Venus.

Even though Venus is not as close to the Sun as Mercury, it is much hotter with temperatures hitting up to 464°C (880°F). This due to the fact that Venus has a thick atmosphere, which traps the heat and keeps the planet nice and hot. This is called the greenhouse effect.

A Venus year is shorter than ours. Where we have 365 days in a year, Venus has 225. But the really amazing thing about Venus is the length of its days, which last for 243 Earth days, which means a Venus day is actually longer than a Venus year.

Venus has the longest rotation period of any planet in the Solar System and rotates in the opposite direction to most other planets.

The surface pressure on Venus is about the same as you get a kilometer under the oceans here on Earth.

Venus has up to 90 times the atmospheric pressure we have on Earth.

A space probe called Magellan, made up from spare parts from the Viking, Voyager, Galileo and Ulysses space probes, which was working until 1994, helped scientists make a map of Venus’s surface.

The Magellan craft saw that Venus had monstrous volcanoes and jagged mountains just like Earth. Maat Mons is the highest volcano on the planet.

Maat Mons is named after an Egyptian Goddess of Truth and Justice. “Mons” is a Latin term for “Mountain.”

N.A.S.A have recommended sending astronauts there in the future using airships. The mission is called, High Altitude Venus Operational Concept, “HAVOC” for short.

Venus has been visited by a handful of spacecrafts despite its perils. The first to arrive was the Soviet, Venera 9 probe in 1975. It only lasted 53 minutes, but enough time to send back the first photographs of the surface.

A space probe is a robotic spacecraft that explores into outer space.

The longest any probe has survived on the surface is about 2 hours. Humans are unlikely to pay a visit to Venus, unless there is a radical change in materials science.

The distance from Venus to the Sun is over 67 million miles.

Venus can be seen from Earth without a telescope.

Venus is the sixth-largest planet in the Solar System.

The inner planets of Mercury, Venus, Earth, and Mars are also known as terrestrial planets, because they all have a metal core, a rocky mantle, and a solid surface.

Not all planets are terrestrial. Jupiter, Saturn, Uranus and Neptune are known as gas giants.

Venus is the second-largest terrestrial planet.