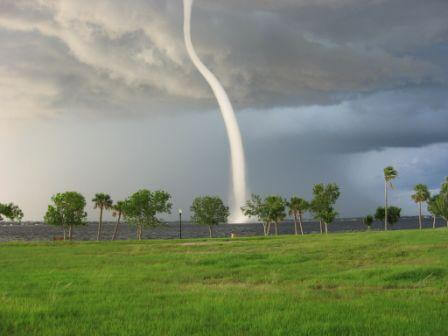 WHAT IS A WATERSPOUT ?

Waterspouts are mini-tornadoes that can form over water. They are smaller and weaker than normal tornadoes, and usually not as dangerous, but they can overturn small boats and damage ships.

Although they form over water, a waterspout is not filled with water from the ocean or lake, they are mostly made up of cloud or mist.

A waterspout is a column of cloud-filled wind, that can grow upwards from water as warm air rises, or they can also stretch down from a cloud, like a normal tornado.

Waterspouts usually develop over warm tropical ocean waters, and like many powerful acts of nature, waterspouts can be both beautiful and dangerous.

HOW DO WATERSPOUTS FORM ?

Waterspouts mostly occur over warm tropical ocean waters, when warm air and cold air meet during a thunderstorm, which creates instability in the atmosphere.

Then with a change in wind direction and wind speed at high altitude, it can turn into a violent rotating column of air, that extends to the waters surface.

As this spins tightly down to the water in a funnel-shaped cloud, accompanied with a lethal combination of swirling wind and power (called a vortex), a waterspout has formed.

There are two types of waterspouts, a Tornadic Waterspout and a Fair Weather Waterspout.

Tornadic waterspouts are the most destructive and dangerous type of waterspout that form over water, or move from land to water.

They have the same features as a land tornado. They are connected to severe thunderstorms and they travel with high winds.

Fair weather waterspouts are very common and generally not associated with thunderstorms.

They develop on the surface of the water and works it’s way upwards, completely the opposite to a tornadic waterspout.

Fair weather waterspouts are not so dangerous or powerful, and normally die off rather quickly when they make landfall, plus they rarely travel far inland.

Did you ever hear the saying “it’s raining cats and dogs”. Well experts reckon waterspouts and tornadoes cause it to rain animals.

They believe waterspouts can suck up shoals of fish from the ocean, and later on, they come back down in a rain shower.

Not quite cats or dogs, but there has been reports of it in times gone bye. Here is a list of a few incidents of some real life animal rain occurrences.

Florida is know as the Waterspout capital of the United States. It can have up to 500 every year. 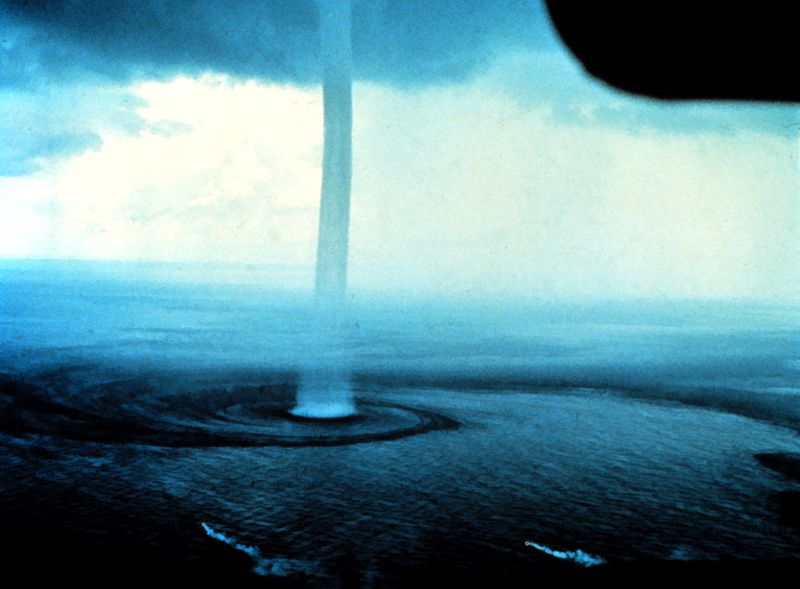 A waterspout is a non-supercell tornado over water.

Tornadoes comes from two types of thunderstorms, supercell and non-supercell.

Tornadoes that come from a supercell thunderstorm are the most common, and often the most dangerous.

A waterspout descends from a cumulus cloud to an ocean or a lake.

The water inside a waterspout is actually formed by condensation in the cloud.

When the flow of warm air into the vortex weakens, the waterspout then weakens, and eventually collapses.

The average waterspout is around 165 feet, or 50 meters in diameter, with accompanying wind speeds of around 80 km or 50 miles per hour.

The average lifetime of a waterspout is only between 5-10 minutes, but occasionally large ones can last up to one hour.

The biggest waterspout on record was in New Orleans, at over 300 feet tall.