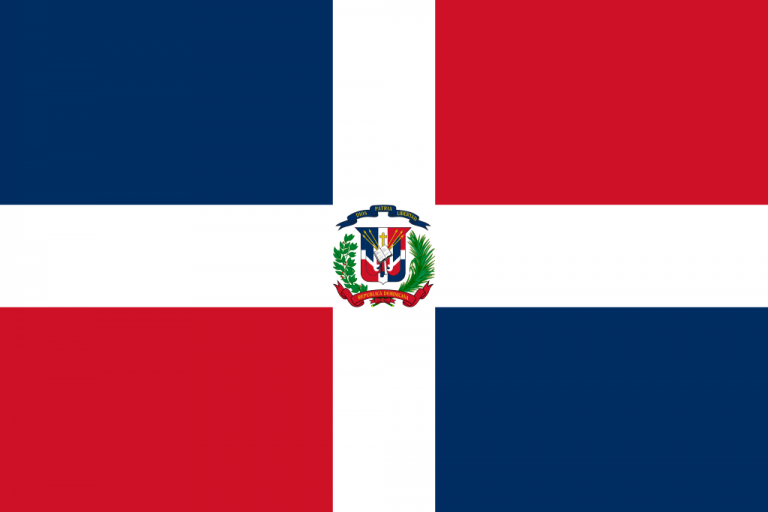 The Dominican Republic is located on the island of Hispaniola, between the Caribbean Sea and the Atlantic Ocean.

The Dominican Republic shares the island of Hispaniola with Haiti. It’s capital and largest city is Santo Domingo.

SHORT FACTS ON THE DOMINICAN REPUBLIC !!!

A BRIEF HISTORY OF THE DOMINICAN REPUBLIC !!!

The Dominican Republic shares the island of Hispaniola with Haiti.

It was the first place in the New World reached by Christopher Columbus in 1492. He named the region Hispaniola, or “Little Spain”.

When Columbus arrived on the shores of Hispaniola, the island was inhabited by hundreds of thousands of indigenous Taíno, the Arawakan-speaking peoples of the Caribbean.

By 1517, Hispaniola had become the main base for Spanish conquest of the Caribbean, and of the American mainland.

The Taíno were easily conquered by the Spanish. By 1550, the population of the natives was near extinct, due to enslavement, starvation, and diseases brought over by the Europeans, such as smallpox, to which they had no resistance

To replace them, the Spanish brought in shiploads of slaves from Africa, who were forced to work on the thriving sugarcane plantations.

In the late 17th century, French colonists staked a claim on the west of the island. They called this region Saint-Domingue, in what is now Haiti.

The French and the Spanish signed the Treaty of Ryswick in 1697. The details of the treaty entitled France to the western third of the island (Haiti), while the rest would remain in Spanish hands.

In 1804, Haiti gained independence from the French under Jean-Pierre Boyer, who was one of the leaders of the Haitian Revolution against the French settlers.

In 1820, Jean-Pierre Boyer invaded the eastern half of the island, Santo Domingo, and gained control of it. This meant that Boyer and his forces were now ruling French-speaking Haiti, and also ruling Spanish-speaking Santo Domingo.

Jean-Pierre Boyer ruled until he was overthrown by a general uprising in 1843, led by patriot Juan Pablo Duarte.

In 1844, after 22 years under Haitian rule, Santo Domingo becomes independent and is renamed the Dominican Republic.

The Dominican Republic’s Independence Day marks its freedom from Haiti, not from Spain.

Dominican Republic is located on the island of Hispaniola, between the Caribbean Sea and the Atlantic Ocean.

The terrain of the Dominican Republic is of rugged highlands and mountains, with fertile valleys scattered in between.

The Dominican Republic has lots of waterfalls and limestone caves, and many years ago pirates used this island as their headquarters to hide, maybe in the caves.??

More than 50% of the land is used for agriculture in the Dominican Republic, while 40% is made up of forests.

The four main mountain chains in the Dominican Republic are the Cordillera Septentrional, Cordillera Central, Sierra de Neiba and the Sierra de Bahoruco.

Lake Enriquillo is one of few saltwater lakes known to support a population of American crocodiles.

There are 20 land mammal species, 290 bird species and 5,600 plant species found in the Dominican Republic. This does not include the sea life found in the waters off their coastline.

Every year in the Bay of Samana, it welcomes between 2,000 and 3,000 giant humpback whales. They arrive to the warm Dominican waters for calving and breeding. They stay until March, before heading back to their feeding grounds in North America, Greenland and Iceland.

The national symbol of the country is the palmchat (bird).

The climate here is generally hot with tropical temperatures all year, although it varies from region to region. There are two main seasons, the wet one from June to November, and the dry one from December to April, which is the peak tourist season.

The main economic activity in the Dominican Republic is tourism, followed by agricultural production and manufacturing. Mining is also important, mainly nickel and gold.

The Dominican Republic has many of the most amazing beaches in the world on their 800 miles (1,287 km) of glorious coastline. It is very popular to go scuba diving in the beautiful coral reefs here.

The Dominican Republic is very popular for weddings and honeymoons.

The country is well known worldwide for their lavish golf courses that are set along its breathtaking coast.

Merengue is a popular style of music and dance here. It’s a quick dance, so you’ll need loads of energy.

The traditional dish of the country consist of rice, beans, plantains and meat. It is called the “Dominican flag.”

There is a town in the Dominican Republic called Polo, where if you stop your car in neutral gear on downhill, your car will roll up the hill. This is caused by an optical illusion, due to the shape of the road and the landscape.

The smallest man in the world was born here. His name was Nelson De La Rosa, who was only 28 inches tall. He died in 2006, aged 38 years. He was in a movie called “Island of Dr Moreau.”

Every Sunday in February, thousands of people romp around wearing scary devils costumes in an ancient carnival that celebrates the victory of good over evil. It is called the “El Carnaval de La Vega.”

People here are mad about baseball, and every young kids dream is to play in America’s professional major leagues.

Between 1822-1844, the Dominican Republic (then known as Santa Domingo) was ruled by the Haitians.

Founded in 1496, Santo Domingo is the oldest European settlement in the Americas.

Before their independence, the country was called Santo Domingo, after St Dominic. St Dominic is the patron saint of astronomers.

The adult literacy rate in the Dominican Republic is 87%, and the life expectancy is 74 years.