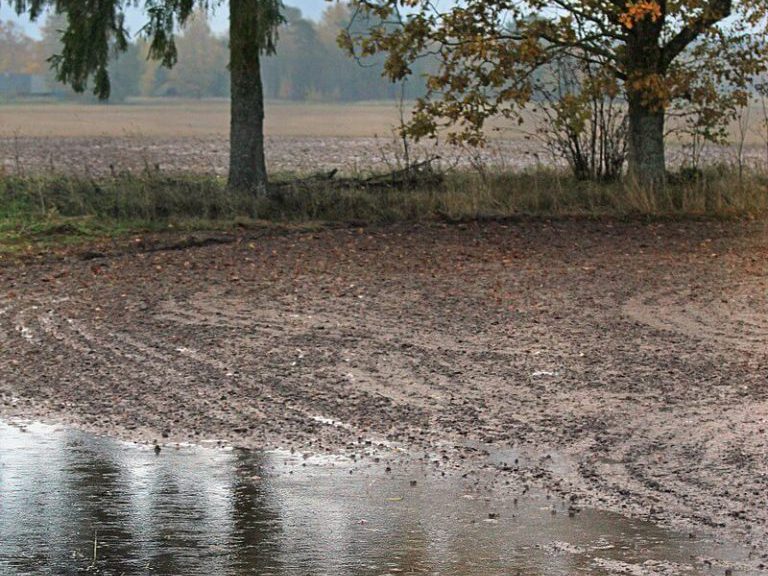 Although we might complain about the rain, rain is actually the most important weather there is. Without rain, crops and other plants would not grow and people and animals would have no water to drink.

Without rain, most of our planet would be like a desert. Rain is water that falls from clouds in form of droplets.

Rain is one form of precipitation, just like hail, sleet and snow.

HOW DOES RAIN FORM ?

Clouds form when water from rivers, streams, lakes or oceans evaporate into the air when it is heated up by the Sun.

As the water vapor rises up in the air, it starts to cool down and turns back into a liquid. This forms water droplets, which then forms clouds.

As the clouds rise higher, they even get colder and the water in them turns into heavy raindrops, which are then pulled down towards the Earth by the force of gravity.

These droplets fall as rain. Sometimes these water droplets freeze and fall to the ground as hail, sleet or snow. This will depend on the temperature in the atmosphere. All this process is called the Water Cycle.

WHAT IS THE WATER CYCLE ? 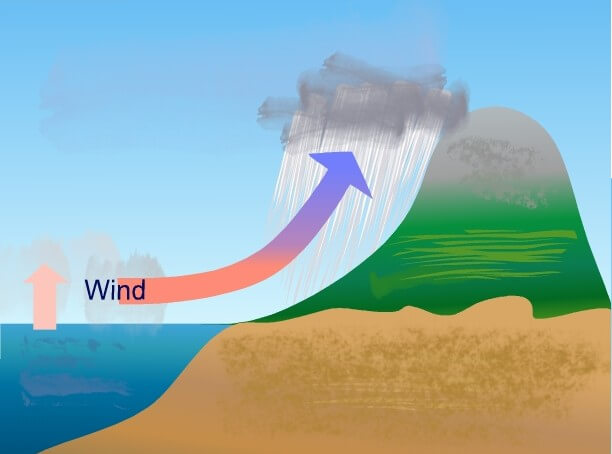 At any giving time the atmosphere contains about 13,000 cubic kilometers of water, the size of a huge lake.

As the winds blow the clouds of rain around the world, the rain that falls where you live, may have been water in an ocean only a couple of days before.

On average, water stays in the air for around nine days before it falls back to the Earth’s surface. This process is called The Water Cycle (recycled water).

WHAT IS A RAINSTORM ?

A rainstorm is a sequence of extra heavy rain where the rain tends to be heavy and fast. The drops are bigger and closer together than normal, which means a lot of water falls in a short amount of time.

This heavy rain can cause serious problems to people and animals. It can cause flooding, and floods have caused some of the worst natural disasters in history.

Rainstorms are most common in the summer, when the weather is at the warmest, as it makes more water evaporate from the land and sea, forming bigger rain clouds.

A weather radar is used to detect and monitor rain.

The atmosphere on Earth is full of water vapor, which no one can see. Vapor turns into water when heated (like steam from a kettle). This is called evaporation.

Raindrops can land on you at speed of 30 kilometers (20 miles) per hour during a rainstorm. Most times they fall at a speed between 2-18 miles per hour.

Medium to heavy raindrops measure about 0.5 centimeters across.

Raindrops can shoot bits of soil up to 1.5 meters (5 feet) away when they hit the ground.

Raindrops have a shape of a hamburger when they hit the ground in slow motion.

Rain can allow us nowadays to create electricity through hydropower.

Rainforests get their name due to the fact that they experience high levels of rainfall.

Heavy rain soaking into soil can cause dangerous landslides.

Acid rain is a form of pollution. This happens because factories, car exhausts, and power plants release certain harmful gases into the air, such as sulfur and nitrogen. When the water in the air comes down as rain, it carries these gases in it. Acid rain is not good for trees or plants, while if it is really bad, it can also poison the fish in rivers.

The record for the country that had the most rain in one year goes to India. During one year 25.4 meters (83 feet) of rain fell.

The rainiest place on Earth is a mountain in Kauai, Hawaii. It rains up to 350 days every year.

A city in Chile, called Arica, once went 14 years without rain.