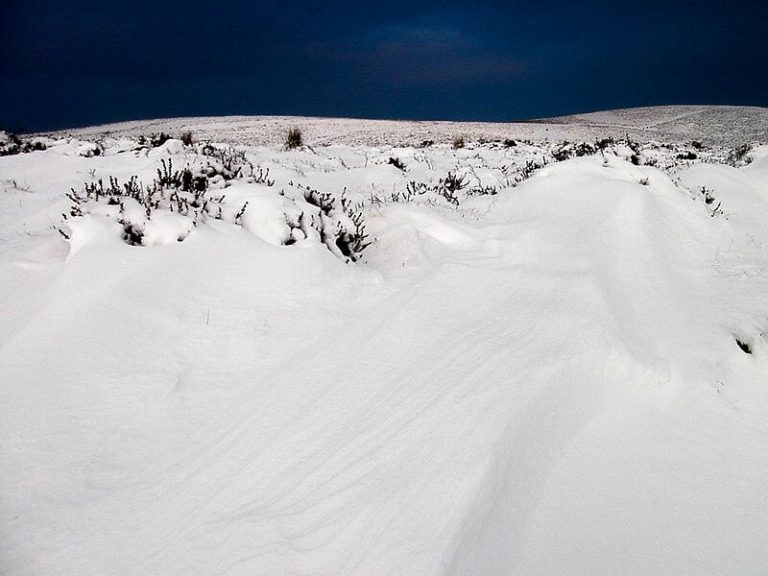 Snow can be a lot of fun, having snowball fights and making snowmen. You can go snowboarding, skiing and tobogganing. But snow can make life difficult for animals and people.

Animals can find it hard to get enough food, while people need to be careful not to get stuck in the snow, especially when driving. As snow is falling from clouds, it settles in layers on the ground, and if it turns really heavy, it can turn into a snow blizzard. These blizzards can get so bad that you can’t see what’s right in front of your face.

People and animals could easily get lost in these conditions. The weight of the snow can make house roofs collapse. Basically, snow can be great fun, but always be careful when out in it, and wrap up warm.

A thick coat and hat will keep out the cold, while a good pair of boots will help you walk through the snow, without tripping over. Snow is made of frozen water. When tiny water droplets in clouds freeze up, they form into tiny crystals of ice. These crystals stick together to make snowflakes.

There can be up to 200 different crystals in one snowflake. The size of the snowflake depends on how many of the ice crystals stick together.

HOW DOES SNOW FORM ?

There must be moisture and low temperatures in the atmosphere to form these tiny ice crystals to begin with.

Snow would usually fall when the temperature is below 2°C. If it’s warmer than this, the snowflakes would melt while falling.

This process is exactly the same as when it rains, when the water vapor rises in the atmosphere, where it cools down and forms tiny water droplets, through something called condensation.

Condensation is the process where water vapor becomes liquid, when it touches a cooler surface. For example, a steamy bathroom mirror, a visible breath in cold conditions, or water droplets on the outside of your cold drink.

So basically, whether it rains or snows, it’s all down to the temperature at the giving time. 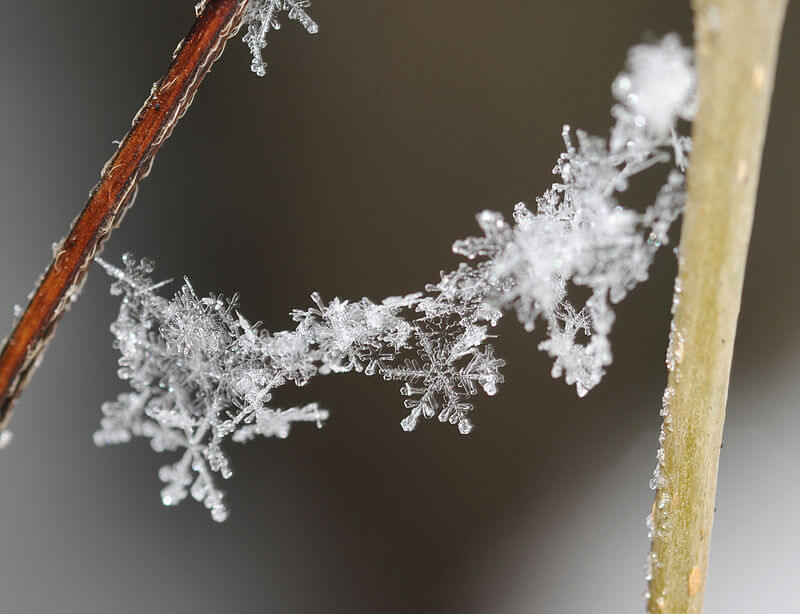 Every snowflake has its own intricate shape. When a snowflake is forming, it starts off as a six-sided shape, like a hexagon. They then grow six branches from the corners of the hexagon.

Every flake contains plenty of these six-sided shapes. Its hard to believe not two flakes are the same, much like our own fingerprints.

Snow is a form of precipitation, just like rain, hail and sleet.

A falling snowflake can take up to one hour to reach the ground.

Snow is not really white at all, it has no color, but just looks white from the reflection from the sun, moon, or other forms of light. An avalanche is where snow piles up on a slope and becomes so heavy that it suddenly slips downhill. On high mountain ranges such as the Alps, they are often huge, and highly dangerous.

Snow doesn’t just fall in cold places. The top of Mount Kilimanjaro in Africa is always covered in snow, whereas the bottom would be very hot. The reason is because the higher you go, the colder it gets, and Mount Kilimanjaro is very high.

Some winter sports rely on snow, like skiing and snowboarding.

Snow reflects high level of ultraviolet radiation and can lead to snow blindness. This is very rare, but people who spend a lot of time in snow wear sunglasses, goggles or other eye protection.

According to the Guinness book of world records, the largest ever snowflake was an astonishing 38 cm (15 inches) wide.

The snowiest city in the United States is Syracuse, New York.

The snowiest city on the planet is Aomori, in Japan, with an average snow fall each year of 792 cm (312 inches).

The largest snowball fight in the world was created on Jan 12, 2013, in Seattle, when 5,834 snow fighters got together.

In Maine, USA, the tallest snow women in the world was made. She was 37 meters (122 feet) tall, and used up 5.9 million kilograms of snow to build her.