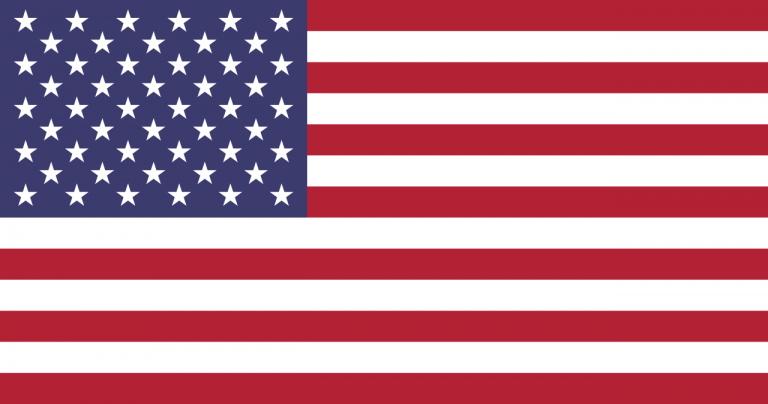 The USA, officially known as the United States of America, is a country located on the continent of North America. It is bordered by Canada in the north, and Mexico in the south. The Atlantic Ocean borders the east coast of the U.S., while the Pacific Ocean borders the U.S. west coast. Native Americans lived on these shores for thousands of years before the first Europeans arrived in the late 15th century.

Christopher Columbus was the first European to discover America on October 12, 1492.

Following Columbus’s discovery, European settlers from Spain, France, the Netherlands, and other countries began to establish settlements in the area, hoping to increase their wealth and broaden their authority over international affairs.

The British were the first country to establish a colony at Jamestown in 1607, and more quickly followed in Plymouth and Massachusetts Bay. By 1733, they had established 13 colonies. Each colony was governed differently, and was ruled by a governor who was chosen in England.

In the early 1750’s, French expansion into the Ohio River valley repeatedly brought France into armed conflict with the British.

From 1756 to 1763, a conflict between the British and the French over territory led to a conflict known as the Seven Year’s War, or commonly known in America, as the French and Indian War.

The British defeated the French, and it ended with the signing of the Treaty of Paris in 1763, in which the French ceded much of its North American territory to the British.

The British by now had established a dominant presence, controlling all of the colonies, with most American colonists adopting to the British way of life.

Unfortunately, the growth of the colonies was not good for the Native Americans, as many of them died from hardship and infectious diseases brought over by the Europeans, such as smallpox, to which they had no resistance.

To replace the natives, the British shipped in thousands of Africans who were sold into slavery to work on the cotton and tobacco plantations.

The British government decided that the American colonists should contribute financially to the protection of this new empire, with a range of new taxes and laws. By 1775, relations between Britain and the colonists had deteriorated.

The colonists were not happy with the new British taxes and laws the British government had imposed on them. Many of them began to protest against them, and it soon spread throughout the colonies.

With the British refusing to compromise, a war erupted between the British and the colonists. The American Revolution War had begun. The war would last from 1775-1783. There were many battles fought and won by both sides, but an American victory at Yorktown, helped by the French, forced the British to surrender and give up their colonies.

During the war, on July 4th, 1776, the 13 colonies claimed their independence from Britain, an event which would lead to the formation of the United States of America. Each year on the 4th of July, also known as Independence Day, Americans celebrate this historic event.

The United States Constitution was finally adopted in 1787.

George Washington, who served as Commander-in-Chief during the revolution, was elected the very first president of the newly established country in 1789.

In 1861, the United States faced its greatest crisis, when tension rose between the Northern and Southern states, eventually leading to a civil war. The American Civil War lasted until 1865, with over 600,000 fatalities. Slavery, economic and social differences between the North and South all played a central role during the war.

Today, most historians agree that slavery and the status of African Americans were the main reason that plunged the U.S. into chaos.

The Northern states (Union) wanted to abolish slavery throughout the country, while the Southern states (Confederacy) wanted to keep slavery, as they relied on African slaves to farm their crops.

After four bloody years of conflict, the United States defeated the Confederate States, and thanks to the North’s victory, slavery was officially abolished under the Thirteenth Amendment in 1865, and the nation eventually returned to peace.

INTERESTING FACTS ON THE USA !!!

Even before Christopher Columbus discovered America in 1492, the land was inhabited by various tribes, such as the Apache, Cherokee, Chickasaw, Navajo and the Sioux.

To say Christopher Columbus “discovered” America is a bit wide of the mark, because when he first set foot on American soil, there was plenty of people here already.

For centuries native people lived in the USA. This all changed in the early 16th century, when settlers moved in from Europe to the “New World,” and set up colonies, displacing the native people.

Nowadays, the USA’s population is full of people from all over the world looking for a better way of life.

Over 1.3 million people immigrated from Europe to the U.S. between 1600 and 1820, many for religious or political reasons. Also, at around the same time, up to 2 million slaves arrived on slave ships, mostly from Africa. These slaves lived and worked in Great Britain’s 13 colonies.

The American Revolution was the war in which Great Britain’s 13 American colonies won their independence. The colonies became a new country, the United States of America.

Another significant event that led to the American Revolution, aptly called the Boston Tea Party, took place in 1773, when American patriots of Massachusetts dumped 342 chests of tea from three ships, imported by the British East India Company into the harbor. They were frustrated and angry at the British, who they believed were unfairly taxing them to pay for the expenses incurred during the French and Indian War.

The U.S.A declared independence from Great Britain on July 4th, 1776.

The current U.S. flag, which features 50 stars and 13 stripes was designed by high school student Robert G. Heft in 1958. The stripes represent the original 13 colonies, and the stars represent the 50 states of the Union.

The U.S.A is made up of 50 states and the District of Columbia.

Hawaii is the most recent of the 50 states. It joined in 1959, and is the only state that is made up of islands.

On March 30, 1867, William H. Seward, the then U.S. Secretary of State agreed to purchase Alaska from Russia for $7.2 million. It is regarded as one of the biggest land deals in history and possibly Russia’s biggest ever mistake, as it gave the U.S. 375 million more acres of land and a huge domestic source of oil.

The U.S.A is divided into six regions: New England, the mid-Atlantic, the South, the Southwest, the Midwest and the West.

The Canada-United Stated border is 8,891 km (5,525 miles) long. It is the longest international border in the world between two countries.

The major mountain ranges in the U.S. are the Rocky mountains, the Appalachian mountains and the Sierra Nevada.

The major rivers in the U.S. are the Mississippi, Ohio, Rio Grande, Colorado and Hudson river.

New York has a population of over 8.5 million people, making it the most populated city in the U.S.

New York City served as the United States capital for five years between 1785 and 1790.

The president of the USA lives in the White House in the capital city of Washington, D.C.

Around 1000 Tornadoes hit the U.S. every year, most of them in Tornado Alley, in the Central Plains.

The U.S. is now a world leader economically, militarily and technologically.

The U.S. Department of Defense invented the internet during the early 1960’s.

The U.S. and has the largest coal reserves in the world.

On average, one American farmer produces enough food for 96 people.

California grows more food than any other U.S. city.

McDonald’s fast food company is among the largest employers in the country.

Montana has 3 times as many cows than it does people.

The U.S. won the Space Race with Russia to land on the Moon.

On July 20th, 1969, American astronauts, Neil Armstrong and Buzz Aldrin became the first men to walk on the Moon.

The Statue Of Liberty is the most famous symbol of American freedom. It was actually built in France and shipped to New York City in crates in 1885. It was as a gift from the French people to the United States to commemorate 100 years of Franco-American friendship.

The famous Hollywood sign was put up in 1923, but originally it said “Hollywoodland”, as a advertisement by a real estate agent, for a new Los Angeles housing development.

Sculptor, Gutzon Borglum, spent 14 years carving out the faces of four presidents into the granite of Mount Rushmore, in South Dakota. Each face is more than 18 meters (60 feet) high. The presidents names are, Lincoln, Washington, Jefferson and Roosevelt.

Women were given the right to vote under the Nineteenth Amendment in 1920.

The sale and manufacture of alcohol was outlawed in the U.S. in 1919. This nationwide Prohibition lasted until 1933.  This era led to an increase in organized crime.

In 1924, the United States Congress gave indigenous people the right to citizenship.

In 1941, Japanese warplanes attacked a U.S. fleet of ships at Pearl Harbor in Hawaii, leading to the U.S. joining WWII against the Axis powers.

In 1945, the U.S. dropped two atomic bombs on Hiroshima and Nagasaki, forcing Japan to surrender.

Baseball is America’s national sport and it’s players are as famous as movie stars.