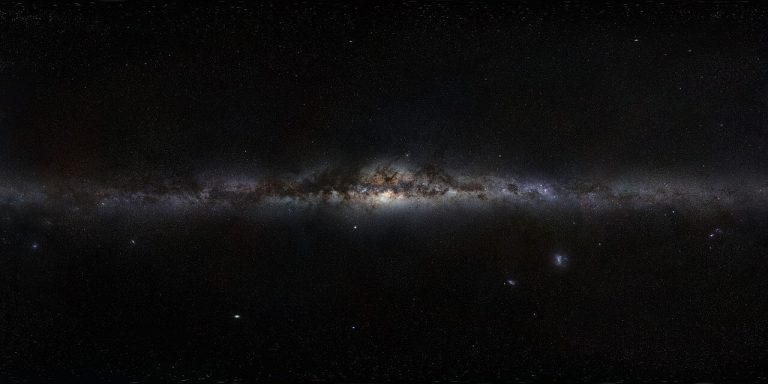 INTERESTING FACTS ABOUT THE MILKY WAY !!!

Earth is located in the second largest galaxy – called the Milky Way. It’s only a tiny part of the Milky Way galaxy, as it contains the whole solar system.

The Milky Way is the name of our galaxy which contains all the stars you can see in the night sky, one of which is the Sun. Within the stars are enormous clouds of gas and dust which are the building blocks for new stars.

While the Milky Way might look flat when seen from the side, it actually has a large bulge in the center. Within this, stars of different sizes, ages and temperatures travel around the middle of the galaxy in enormous sweeping bands called spiral arms.

The shape of the Milky Way is always changing, but very slowly.

The Milky Way is held together by gravity.

Compared with other galaxies, our galaxy, the Milky Way is relatively large. It measures approximately 100,000 light years across.

There are four different types of galaxies. They are called spiral, barred- spiral, elliptical and irregular galaxies. The Milky Way is a barred spiral galaxy.

Although there are four different types of galaxies, they all contain the same elements, but they are arranged differently for each type.

In the early 1920’s, American Astronomer, Edwin Hubble, confirmed for the first time the existence of galaxies beyond our own.

Like moons and planets, galaxies spin and move around in space.

Astronomers believe that a great big black hole lurks at the center of the Milky Way.

According to the general theory of relativity, the black hole is a region of space from which nothing can escape.

The first image of the massive black hole at the center of our Milky Way galaxy has been revealed. The Image, unveiled on Thursday, 12th May, 2022, is a staggering four million times the mass of our Sun and is called Sagittarius A*.

Astronomers believe nearly all galaxies, including our own, have these giant black holes at their center, where light and matter cannot escape. This makes it extremely hard to get images of them.

For our Solar System to go once around the Milky Way, it would take 220 million years. According to this theory, the Solar System has only rotated once since the earliest dinosaurs graced our planet.

The biggest known galaxy is IC 1101, which is estimated to be about 50 times the size of the Milky Way.

The Milky Way got its name from Greek astronomers who taught it looked like a puddle of spilled milk.

The center of the Milky Way is 30,000 light years away from Earth.

When you go outside late at night and look up to the stars in the sky you are looking into our galaxy, which is called the Milky Way.

The Milky Way is a barred spiral galaxy. This means there is a band of stars stretching across the galaxy, with lots of arms spiraling around it . We live in one of the small arms called, THE ORION ARM.

The Milky Way is shaped like a spiral, and it has been spinning since it was born out of huge swirling clouds of dust and gas, 13.8 billion years ago, in the Big Bang.

The Big Bang is a theory about how the universe started around 13.8 billion years ago. Scientists believe a Big Bang happened in a specific point in space, throwing out galaxies in all directions.

As galaxies go, the Milky Way is a middleweight. It has anywhere between 100-400 billion stars, where as other larger galaxies can have as many as a trillion stars.

The areas of glowing pink, blue and green gases in the Milky Way is called the nebulae. This is the region where new stars are formed.