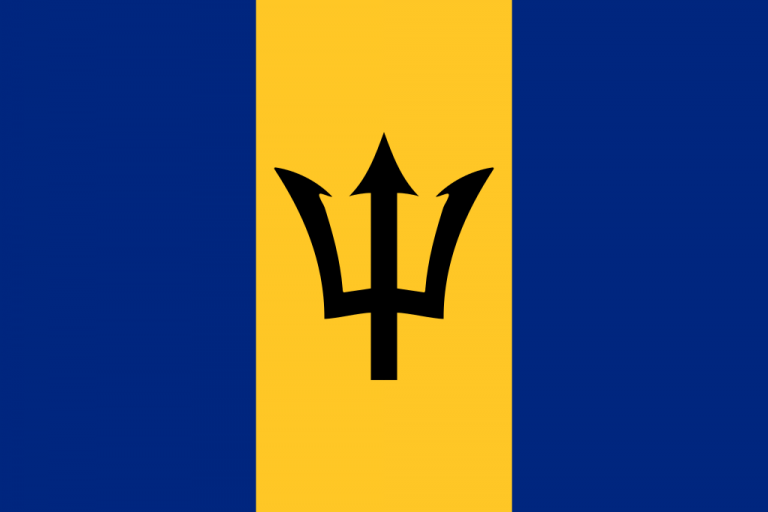 Barbados is an island nation located in the Caribbean, and is completely surrounded by the Atlantic Ocean.

The closest neighbors to Barbados are, Martinique to the northwest, Saint Lucia and Saint Vincent and the Grenadines to the west, Trinidad and Tobago to the south and Grenada to the southwest.

A BRIEF HISTORY OF BARBADOS !!!

The first European to discover this land was Portuguese explorer Pedro a Campos, en route to Brazil in 1536. He named the island “Los Barbados” when he saw the native fig trees with distinctive beard like features. “Los Barbados” means “the bearded ones” in Portuguese.

However, they decided not to try and colonize the island, due to the vast number and violent nature of the Carib people.

The history of Barbados is one of mixed information, but it’s widely accepted that the Spanish arrived on their shores and wiped out the Caribs, by either transporting them to Spain as slaves, or they died as a result of European diseases brought over by the Europeans. Despite having taking control of the island, the Spanish left to concentrate on larger islands in the Caribbean.

By 1625 the island was virtually deserted, when Captain John Powell landed an English ship on its shores and claimed the island in the name of King James I.

By 1627 the first British settlers had arrived, consisting of 80 English settlers and 10 slaves to work on the land. They named the settlement “Jamestown,” which is called Holetown nowadays.

Between 1660-1690, the sugarcane farming industry was booming in Barbados, thanks to the thousands of West African slaves brought over to work on the sugarcane plantations.

Due to the horrible treatment of the slaves, tension built up between the slaves and their British landlords, leading to numerous rebellions over the next decade.

With one rebellion after another, pressure was starting to increase on the British Government to address the issue of slavery. Eventually in 1834, slavery was finally abolished in Barbados.

In time the Barbados Labour Party was created, and on the 30th November, 1966, after being recognized as a British colony for over 300 years, Barbados was granted independence from the British, although they still maintain ties to the British monarch by becoming a member of the Commonwealth of Nations.

On November 29th, 2021, the Caribbean island nation of Barbados severed centuries-old ties to the British monarchy, ditching Queen Elizabeth II as head of state and declaring itself the world’s newest republic.

For many Barbadians, replacing the British Queen is just catching up with how the nation felt for many years, because in recent decades, the island had started to distance itself from its colonial past.

Barbados is an island nation located in the Caribbean, and is completely surrounded by the Atlantic Ocean.

Barbados is made up of four main town: Bridgetown, Oistins. Holetown and Speightstown.

Bridgetown, the capital and largest city of Barbados, is a port city located in the parish of St. Michael.

Barbados has a terrain that is relatively flat, but rises gently to the central highland region.

Barbados is one of the more flourishing Caribbean islands. In years gone by, the export of sugar was their main revenue earner, but nowadays the economy has branched out into tourism and finance. It also has offshore reserves of oil and natural gas.

Barbados is a very popular tourist destination, with over 1 million people visiting their shores every year. When you get there, you can expect blue skies, white sandy beaches, quaint villages, stunning landscapes and a welcoming hospitality. Many tourist often return a second and third time to the island.

Over three-quarter of a million cruise ship passengers pass through the port in Barbados every year.

The capital and largest town in Barbados is Bridgetown, which is also the main seaport.

Barbados has some of the most luxurious villas and vacation rentals in the world.

Barbados has just the one airport, the Grantley Adams International Airport.

It was once served by the famous Concorde. This came to an end in 2003, when it was decommissioned. It made more than 7000 flights, carrying some very famous people to these shores.

Barbados is the home of the flying fish, and is commonly known as the “land of the flying fish.” These fish can jump right out of the water and glide in the air for up to 50 meters (164 feet). This fish is a very popular meal in Barbados, where it’s served with a cornmeal dish, called cou-cou.

Animals found in Barbados: the green monkey, the mongoose, the European hare, the red-footed tortoise, lizards, whistling frogs (which sounds like flutes), toads, snakes and eight species of bat.

The endangered sea turtles in Barbados are protected by the University of West Indies project.

The world’s smallest snake is found in Barbados. Its called the leptotyphlops carlae. It is so small that it fits on a coin, and is as thin as spaghetti.

Barbados is home to over 270 different species of birds.

Barbados is surrounded by coral reefs of many different shapes and sizes, which helps protect their beaches from erosion and wave action.

Every year in Barbados at the end of the cane harvest, the locals have a huge festival called the Crop Over. This tradition of singing, dancing and feasting could go on for weeks. It first started in 1688.

Barbados is only one of two Eastern Caribbean states to maintain a standing military force, after the Barbados Defense Force (BDF) was set up in 1978. The other state is Antigua and Barbuda. The BDF has roughly 600 members.

The grapefruit tree was first spotted on the island of Barbados in 1750, its a cross between a sweet orange tree and a pomelo tree.

Rum is so popular in Barbados, with over 1500 rum shops located all over the island.

The national motto of the country is “Pride and Industry.”

It is over 40 years since a hurricane made landfall here, making it one the safest islands to visit in the Caribbean.

Cricket is very popular on the island, and the island has produced some of the greatest cricketers in the world, including Joel Garner, Malcolm Marshall, Garfield Sobers and Wes Hall.

They hosted the final of the 2007 Cricket World Cup.

The traditional music of the Barbadians is Calypso and Soca music.

Pop star Rihanna (Rihanna Fenty) was born here. She is considered as one of the best selling artists of all time.

Rihanna was declared a national hero by the country’s prime minister, Mia Mottley during an event to celebrate the island nation becoming a republic in November of 2021.

The literacy rate in the country is nearly 100 percent. It also has one of the best rates in the world for the amount of people living over 100 years of age.