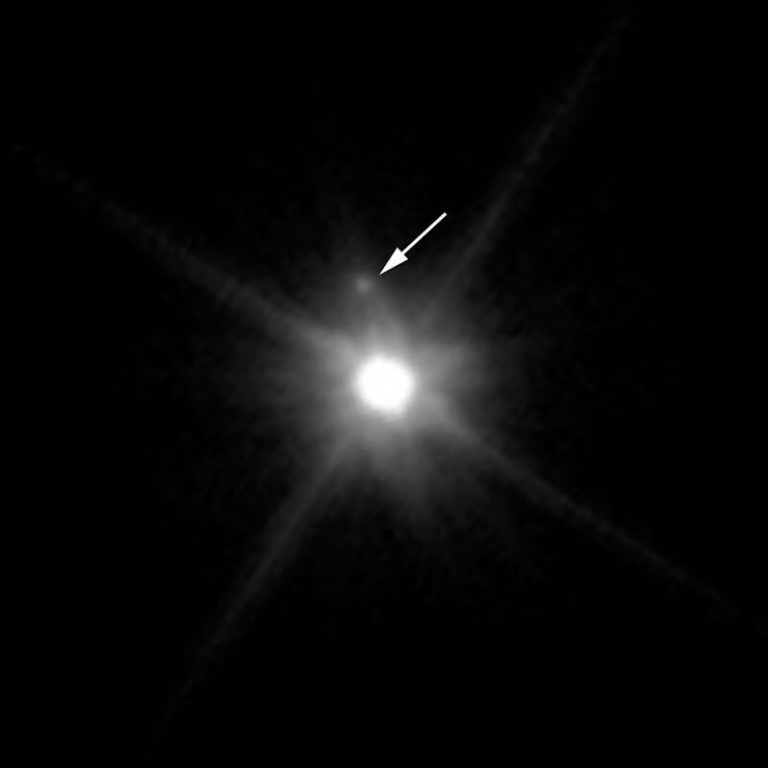 Makemake is a dwarf planet.

It is one of five planets recognized as a dwarf planet. The other four are Eris, Ceres, Pluto and Haumea.

The International Astronomical Union (IAU) decides the rules to what makes a planet. If they do not fit the three criteria required, they were giving the name of a dwarf planet.

The three criteria required to be called a planet by the IAU are, firstly, it has to orbit the Sun, secondly, its shape should resemble a ball like figure, and thirdly, it must to be able to clear the area around its orbit, by pushing objects out of its way with its impressive size and gravity.

Makemake was discovered by a team of astronomers in 2005, and recognized as a dwarf planet in 2008 by the International Astronomical Union.

Makemake was the newest dwarf planet to be discovered.

The team of astronomers who discovered Makemake are Michael E Brown, Chad Trujillo and David Rabinowitz, the same team who discovered the dwarf planet Eris.

Makemake’s names comes from the Rapanui God of Fertility. The Rapanui people are natives of Easter Island. Makemake was discovered at Easter time.

Makemake is the fourth closest dwarf planet to the Sun.

The order of the dwarf planets on their travels around the Sun outwards is: Ceres, Pluto, Haumea, Makemake and then Eris, being the farthest from the Sun.

Makemake lives in the Kuiper Belt.

Makemake is the second brightest object in the Kuiper Belt, after Pluto, making it visible using a high-end amateur telescope.

The light from Makemake takes more than 7 hours to reach Earth. The orbit period for Makemake on its travels around the Sun is 305 to 309.9 Earth years.

The rotation of Makemake takes 22.5 hours, making its day length very similar to ours.

The surface on Makemake is covered with methane, ethane and possibly nitrogen ices.

The surface temperature on Makemake is -239° Celsius.

Makemake is one ninth the radius of Earth.

There are no known rings around Makemake.

It is estimated that that Makemake’s moon is situated over 13000 miles away from the planet.

The Kuiper Belt starts near the orbit of Neptune and continues beyond Pluto.

An orbit is a journey/path that an object takes in space. For example, stars, planets, moons, asteroids and spacecrafts.

It would take a spacecraft up to 16 years or more to get to Makemake.

Makemake is one of the most interesting dwarf planets, just because we know so little about it.