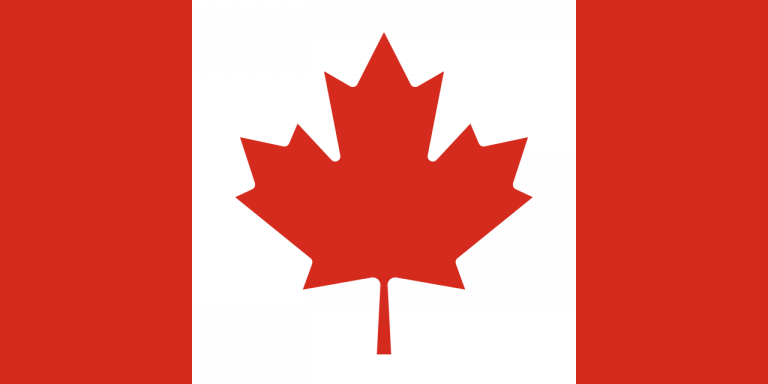 Canada is a country located in the northern part of North America. It borders the U.S.A to the south and the U.S state of Alaska to the northwest. 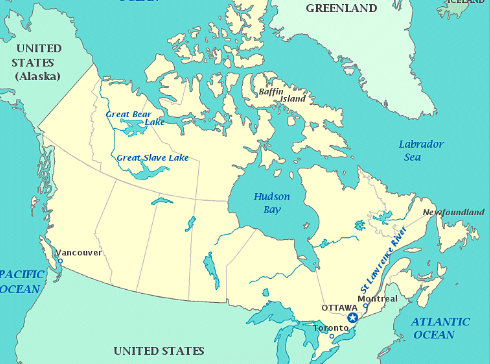 A BRIEF HISTORY OF CANADA !!! 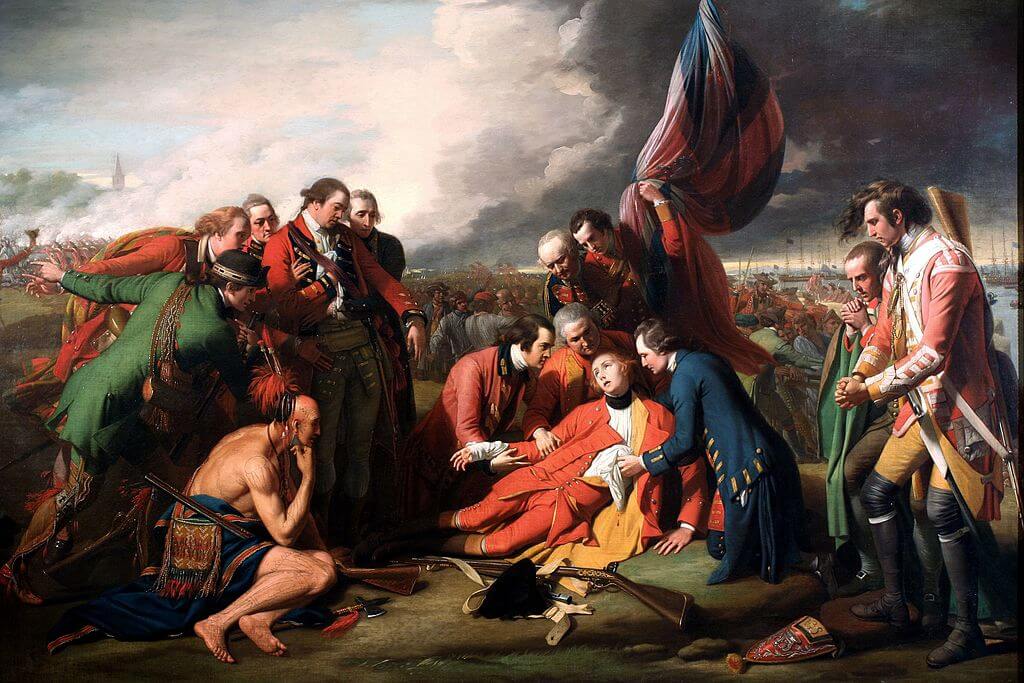 John Calbot, an Italian explorer and navigator was the first European to discover present-day Canada in 1497. Without establishing a settlement, he claimed the land under the commission of Henry VII of England.

The French arrived on the Canadian shores three times between 1534 and 1542, under the guidance of French Explorer Jacques Cartier, who named the region New France. His explorations of the St. Lawrence River, and the Atlantic coast of present-day Canada, laid the foundation for French claims to North America.

Jacques Cartier is credited with naming Canada, after two aboriginal youths told him about the route to “Kanata” in 1535.

In 1605, Samuel de Champlain, a French explorer sailed in and founded Port-Royal (present-day Novia Scotia), which became the first permanent settlement in Canada.

Champlain, known as the “Father of New France” founded the city of Québec on 3 July, 1608.

Undeterred, the British who had already discovered Hudson Bay in 1610, then captured Québec from the French in 1629, however, it was returned to them in 1632, albeit for a short while.

The Hudson Bay Company was founded by the British in 1670, allowing them to trade with the natives for skins and furs in the Hudson Bay area.

Meanwhile, the British and French rivalry raged on for control of North America. It led to the infamous Seven Years War between 1756-1763.

The British defeated the French, and the Seven Years War ended with the signing of the Treaty of Paris in 1763, in which the French ceded much of its North American territory to the British.

The British by now had established a dominant presence, controlling all of the colonies, with most colonists adopting to the British way of life.

Unfortunately, the growth of the colonies was not good for the Native Americans, as many of them died from hardship and infectious diseases brought over by the Europeans, such as smallpox, to which they had no resistance.

To replace the natives, the British shipped in thousands of Africans who were sold into slavery to work on the cotton and tobacco plantations.

The war against the French had proved costly for the British, who in turn hiked up the taxes on the colonists. This unwanted tax, along with the Québec Act of 1774, which recognized the French language and the Roman Catholic religion in the colony, was a major turning point in Canada’s history. Québec at this time had a large population of French inhabitants.

The colonists were not happy with the new British taxes and laws the British government had imposed on them. Many of them began to protest against them, and it soon spread throughout the colonies.

With the British refusing to compromise, a war erupted between the British and the colonists. The American Revolution War, also known as the American War of Independence had begun.

The war would last from 1775-1783. There were many battles fought and won by both sides, but a victory at Yorktown by the colonists, helped by the French, forced the British to surrender and give up their colonies.

During the war, on July 4th, 1776, the 13 colonies claimed their independence from Britain, an event which would lead to the formation of the United States of America.

Canada stayed loyal to Britain rather than take sides with the Americans.

When the war formally ended in 1783, a new boundary was created between the U.S and Canada, using the Great Lakes.

By the 19th century, another wave of immigrants came to Canada. The cheap land and discovery of gold caught the eye of many North Americans and Europeans.

The population and economy was growing all the time, but despite this, many Canadians became dissatisfied with their government. This led to the official birth of Canada in 1867, when Britain passed the British North American Act, which allowed Canada to govern itself.

Canada gained independence from Great Britain on July 1st, 1867. Despite this, Britain’s King Charles III remains the head of state.

Canada is a country located in the northern part of North America. It borders the U.S.A to the south and the U.S state of Alaska to the northwest.

Canada is divided into 3 territories and 10 provinces.

The 3 territories of Canada are Northwest Territories, Nunavut and Yukon.

Canada is the second largest country in the world, although the USA is roughly the same size. However, more than 320 million live in the USA, while just over 37 million live in empty Canada. (Russia is the largest).

Canada is a sparsely populated country. Most of its people live in the main urban areas such as Vancouver, Montreal and Québec, close to the United States border.

The name Canada originates from a Saint-Lawrence Iroquoian word “Kanata,” for “settlement,” “village,” or “land.”

The Saint-Lawrence Iroquoians were an indigenous group who existed from the 14th century to about 1600, in present-day Quebec and Ontario.

The longest river in Canada is the McKenzie River, it stretches 4,24 km or 2,635 miles long.

One-tenth of the world’s forests are found in Canada.

Around half of Canada’s landmass is covered by forest. Here you can find over 180 different tree species.

Canada is one of the most popular tourist destinations in the world, with the Niagara falls as one of their main attractions, who they share with the United States. There is an agreed boundary in the middle of the Niagara River between both countries since 1908.

The winters in Canada can be extremely cold, with the temperature dropping to – 40° Celsius in some parts of its country.

About one third of Canada’s land lies within the Arctic Circle, where the land can stay frozen for up to nine months of the year. Here, ice, snow and glaciers dominate the landscape.

Three of Canada’s Arctic Islands are among the ten largest in the world. They are Baffin Island, Victoria Island and Ellesmere Island.

Canada has over 30,000 lakes, its largest is called the Great Bear Lake.

More than half of all the lakes in the world are found in Canada.

Canada is the home to many wild and exotic animals such as grizzly bears, the bison, polar bears, the grey wolf, bobcats, the moose and many more.

The country is rich in resources such as nickel, lead, zinc and gold.

Canada is one of the world’s leader in agricultural production, telecommunications and energy technologies, with most of its exports going to nearby USA.

Hudson Bay was discovered by English explorer Henry Hudson in 1610.

The first person to go over the Niagara Falls in a barrel was a teacher called Annie in the year 1901.

Winter sports in Canada are very popular, such as ice hockey, skiing and ice skating. There are more than 2,800 hockey rinks in the country.

Canadians are so crazy about their national sport ice hockey, that during the winter they flood their back gardens so they have their own personal skating rink.

Curling is one of the fastest growing sports in Canada.

Poutine is known as Canada’s national dish. This is a French-Canadian meal consisting of fries, cheese curds and gravy.

The maple leaf which features prominently on the national flag is a Canadian symbol.

The Trans-Canada highway is the longest national highway in the world. It covers 4,860 miles.

The literacy rate in Canada is 99% and the life expectancy is 82.25 years.

Flying time from London/United Kingdom to Ottawa is around 10 hours. From New York/U.S.A, it roughly takes 4 hours, and from Sydney/Australia, it will roughly take around 20 hours.

It’s said that Canadians are more reserved and polite than Americans and that they take matters of etiquette a little more serious.

Canada is repeatedly praised as one of the world’s most livable countries.

The name Québec in times gone by was often used instead of Canada. This changed in 1791, when the province of Québec was divided into the colonies of Upper and Lower Canada. These two colonies would eventually unite in 1841, under the one name, the Province of Canada.

Canada has two official languages: French and English. While the majority of Canadians speak English, the French-speakers are mostly found in the province of Québec.