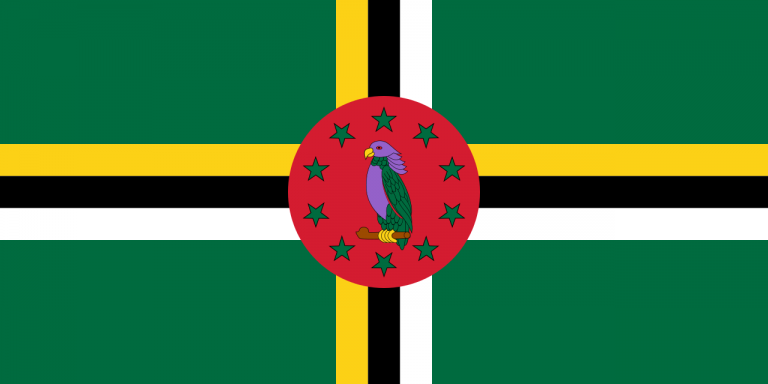 Dominica, officially named the Commonwealth of Dominica, is a mountainous island nation in the eastern Caribbean Sea. It’s nearest neighbors are Guadeloupe and Antigua and Barbuda to the north, and to the south, Martinique and St Lucia. A BRIEF HISTORY OF DOMINICA !!!

The Kalinago Carib and the Arawaks tribes were the original inhabitants of the island. The Spanish took little interest in Dominica, mainly due to the fierce resistance from the native Caribs, plus they were discouraged by the lack of gold.

On November the 3rd, 1978, Dominica finally gained independence from Britain. Most of the Dominicans living on the island today are descendants of African slaves brought in by the British to work in their colonies.

Dominica is an island nation in the Caribbean Sea.

The island of Dominica has a rugged coastline measuring 148 kilometers (92 miles) in total, while the landscape is mountainous of volcanic origin.

Roseau is the capital of this stunning country, while Portsmouth is another main town.

Dominica’s original name was “Wai’tukubuli”, which in the Kalinago language means, “tall is her body”.

One third of Dominica has been protected by law as a national park, so it’s tropical rainforests stays a safe home to the different birds and animals that call it their home.

In Dominica there are 195 recorded species of fern, 75 kind of orchids, 50 types of butterflies and 176 species of birds.

The national bird of Dominica is the Sisserou parrot. It can be found on the national flag. This exotic bird is one of the largest parrots on the planet.

The Sisserou parrot can live to be very old ( over 70 years ).

In August, 1979, a Category 5 hurricane pounded Dominica for six hours, causing devastation. Winds of 150 miles per hour left 37 people dead, over 5,000 injured, while it also left three quarters of the population of 75,000 homeless. The infrastructure was totally destroyed by hurricane David, with roads and bridges swept away.

On the 21st of November, 2004, the island was rocked by a massive earthquake, causing structural damage to several buildings, thankfully there was no fatalities.

Dominica is home to the “boiling lake”. The lake is a hole in the Earth’s crust, that is filled with bubbling water at temperatures of around 90° Celsius. The water is heated by hot steam and gases that are escaping from molten lava below. It is one of the largest springs in the world.

The Dominican people are widely renowned for their hospitality and friendliness.

The countries tourist industry is in its infancy compared to other Caribbean islands, mainly due to the fact that only two small airports service the island. Most visitors are on day trips from cruises, or multi-day trips from other nearby islands.

Dominica is well known as a tax-haven for the wealthy.

The main imports to Dominica is machinery, manufactured goods, food and chemicals.

Some of the scenes from the three Pirates Of The Caribbean movies were filmed here.

Dominica is often called the “Whale Watching Capital of the Caribbean”. Sperm whales love living in the deep waters off the coast, feasting on squid and cuttlefish. The waters are also visited by other types of whales regularly.

The average life expectancy in Dominica is 73 years.