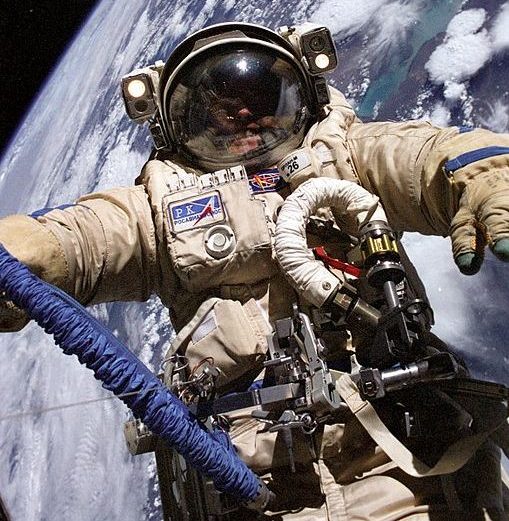 HOW TO BECOME  AN ASTRONAUT !!!

Pilot astronauts need a minimum of a bachelor’s degree in engineering, biological/ physical science or mathematics. They must also have a minimum 1,000 hours of pilot-in-command time in a jet aircraft.

Astronauts are men and women with an outstanding ability in a scientific discipline, who are both mentally and physically fit.

Astronaut candidates tend to be selected in their 30s and 40s.

The majority of NASA pilot astronauts come from either the Air Force or the Navy.

There are three types of astronauts, the commander/pilot, mission control specialist and payload specialist.

Mission control astronauts are also required to have the same education as pilot astronauts.

To pass a NASA physical, a pilot astronaut must have distant visual acuity 20/100, blood pressure 140/90 measured in a sitting position and between 62 and 75 inches in height.

Men and women are chosen from all around the world to train for travelling in Space. They can be selected for training for three year’s. They have a year’s basic training, followed by training related to an astronauts role in space.

Astronaut candidates receive training in parachute jumping on land and sea survival. They must also train for any kind of situation or emergency.

Astronauts must train and practice tasks in space like conditions, just like space engineers, who practice in space station mock-ups, in preparation for future missions.

In 2013, there was 6,100 applicants in NASA who applied for a astronaut class, of which only 8 was successful. This means a NASA astronaut candidate has only a .013% chance of being selected.

Astronauts comes from many different countries in Europe, and may also share missions with astronauts from the USA, Russia and Japan. So learning different languages is vital, so one can communicate with each other.

Astronauts stay in space usually lasts about six months at a time.

The percentage rate of fatalities in space is 3.3%.

The International Space Station has a wastewater recycling system on board. Any water it can access, whether it comes from recycled shower water, residue from hand washing, astronauts sweat and even urine is recycled to make drinkable water.

Astronauts will drink up to eleven liters of water a day.

Astronauts diet is very similar to what we eat on Earth. Items would include frozen vegetables, desserts, dairy products and fruit. An astronauts menu in the International Space Station would easily consist of a 100 items.

Astronauts sleep in sleeping bags, which they strap to the walls or ceilings to stop them floating around and bumping into objects.

Astronauts in the not to distant future can look forward to launching from American soil, once SpaceX and Boeing finish their new class of commercial vehicles. It will be the first time they will launch from their own country since the space shuttle program was completed in 2011.

On Monday, July 20th, 2020, at 5.00 p.m, SpaceX’s Falcon 9 launched from Cape Canaveral Air Force Station in Florida with NASA astronauts Bob Behnken  and Doug Hurley on board. Their missions included delivery to the International Space Station and to launch communication and Earth observation satellites. It was Americas first launch from their own country since 2011.