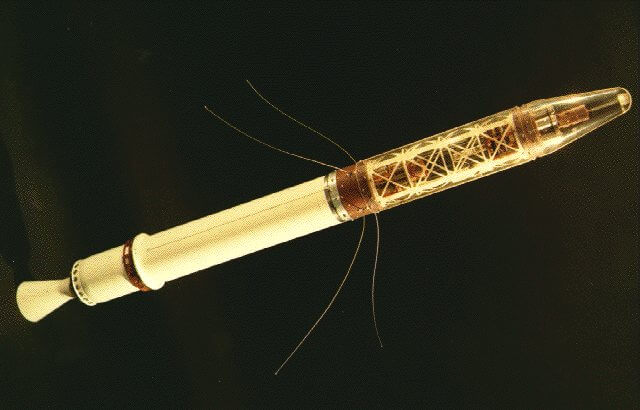 INTERESTING FACTS ON THE SPACE RACE !!!

The Space Race was a competition between the USA and the Soviet Union to be the first country to go into space. This included, who could put the first manned spacecraft into orbit, and who would be the first to walk on the moon.

Just after WW II, both the USA and the Soviet Union wanted to show the world which country had the best technology. They both began by recruiting the top rocket scientists from Germany to help with their research.

The Space Race officially began on August 2, 1955, when the USA announced of its intent to launch artificial satellites into orbit, only for the Soviet Union to announce four days later, that they would also launch a satellite in the near future. The race had started.

A satellite is any object that orbits a planet. Even the moon is a satellite. There are many man-made satellites in orbit around Earth. Most gather and transmit information about space, back to scientists on Earth.

Then you have communication satellites, which pick up radio, TV or telephone signals from Earth, and send them back down to anywhere on our planet.

The Soviet Union beat the USA to the first successful launch on October 4th, 1957, with the first satellite into orbit called the Sputnik 1. The Russians had took an early lead.

It didn’t take the Americans to long to follow the Soviet Unions’s launch of the first satellite into orbit, as only four months later, the USA successfully launched their first satellite, called the Explorer 1.

The Soviet Union also succeeded in beating the American’s, by putting the first man into space. On April 12, 1961, cosmonaut Yuri Gagarin, was the first man to orbit the Earth, in a spacecraft called Vostok 1.

Only three weeks after the Soviet Union successfully put the first man in orbit, the USA launched the Freedom 7, and astronaut Alan Shepherd became the first American in space, however, he did not orbit Earth.

Almost a year later on February 20, 1962, the first American to orbit the Earth was astronaut John Glenn, on the Friendship 7 spacecraft.

With America feeling somewhat self-conscious about being behind the Soviet Union in the Space Race, President Kennedy went to congress in 1961. He made it public that he wanted America to be the first country to put a man on the moon. After much backing, the Apollo Moon program was announced.

The Space Race was not a long period of accomplishments. The Soviet Union and the USA had plenty of failures, including crashes and explosions, resulting in the death of several space pilots.

After many years of test flights and experiments, America launched their spacecraft Apollo 11, into space on July 16, 1969. The crew included astronauts, Neil Armstrong, Buzz Aldrin and Michael Collins.

The trip to the moon would take three days. Upon arriving, Neil Armstrong and Buzz Aldrin moved to the lunar module of the spacecraft, called the Eagle, and began their descent to the moon.

The world held it’s breath as it neared the moon’s surface. On July 20th, 1969, the Eagle landed on the moon. Neil Armstrong stepped outside, and became the first man to walk on the moon. With his first steps, Neil Armstrong said the famous words, “That’s one small step for man, one giant leap for mankind”. It is reckoned that more than a billion people at home was listening in to this historic occasion.

The successful landing was reported in newspapers, on the radios, and televisions all over the world.

The Soviet Union attempted several crewed lunar missions, but eventually decided to cancel them and concentrate on space stations. Effectively the Space Race was over.

With America winning the Space Race with the success of landing on the moon in 1969, the conclusion definitely came in 1975, with the joint Apollo-Soyuz mission. Three American astronauts launched into space aboard an Apollo spacecraft, then docked in orbit with a Soviet-made Soyuz vehicle. When the commanders of the two crafts officially greeted each other with a handshake in space, it was officially game over.