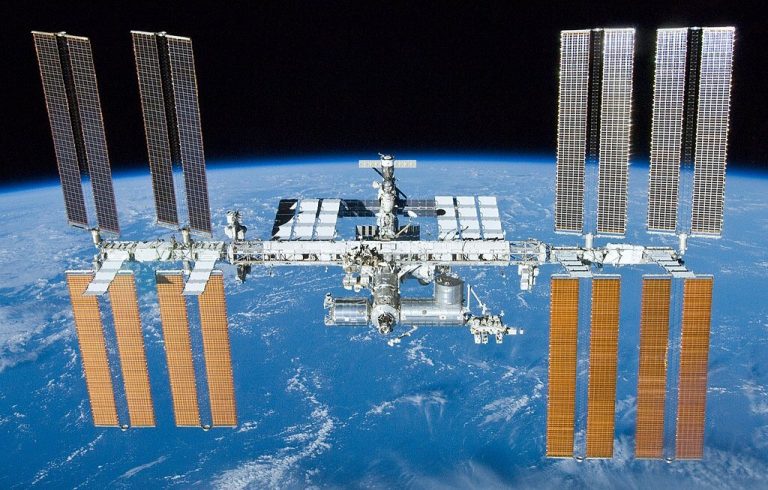 WHAT IS A SATELLITE ?

Natural satellites are objects like moons and rings. These are held in place by a planet’s gravity, and so are stuck in orbit.

The moon is Earth’s only natural satellite and its closest neighbor in space, the rest are all man-made satellites.

There are currently around 6,500 active man-made satellites orbiting the Earth right now, while the number of inactive satellites is just over 3,000.

The number of satellites in Low Earth Orbit will continue to increase at an whirlwind rate in the coming decades as tech billionaires look to bring high-speed internet access to every corner of the Earth.

SpaceX, owned by Elon Musk, currently owns over one third of all the satellites in orbit around Earth, with plans to send more than 1,000 new Starlink satellites into space every year.

The satellites orbiting Earth work for us in a variety of ways. The most important are the telecommunication satellites that effect most of our lives. They give us global communication at the touch of a button, beams television pictures right into our living rooms, and are used in all types of business, day and night.

Our planets weather is monitored by weather satellites. These study the clouds, tracking both their size and temperature. They can predict when storms or hurricanes might occur, enabling people to evacuate dangerous areas.

Satellites vary in size, one can be the size of a shoe-box, while a big one could be as big as a double-decker bus.

The satellites are either privately owned or owned by a countries government.

The distance from Earth to the satellites varies between 1,243 miles to 22,223 miles.

Most satellites are launched into orbit by rocket, but some are taken into space in the payload bay of a space shuttle. Once the satellite has separated from the launcher, an on board motor propels it into its correct orbit.

Russia launched the first ever satellite in 1957, called Sputnik 1. It only lasted three months in orbit before finally burning up in the Earth’s atmosphere.

The Hubble Space Telescope is an imaging satellite that studies distant galaxies in outer space.

On December 25th, 2021, NASA launched the James Webb Space Telescope, the most powerful telescope ever launched into space. The new telescope is at least 100 times more powerful than the Hubble Telescope.

At a cost of around $10 billion, the telescope is an international project led by NASA in collaboration with the European Space Agency, and the Canadian Space Agency.

The telescope, named after James E Webb, a NASA administrator from 1961-1968, and who was also a key figure in the Apollo mission, should be operational around the end of June 2022.

At a distance of more than one million miles away, the telescope is more than four times further away than the moon and is too far for any repairs to be carried out. However, after a very successful launch, NASA is confident that it will have a lifespan of 10+years.

Satellites are essential to our daily lives, for example, checking the weather, travelling, and even using the internet. Look on a roof and you will see a satellite dish, this device receives signals from satellites in space, which enables you to watch events live from the opposite side of the world.

The first live television pictures were transmitted in 1962 by the Telstar Satellite. In the years that followed, live television became more popular. By 1987, Roman Catholics on five different continents around the world, could watch Pope John Paul II in a live broadcast using 23 Satellites.

The Global Positioning Service (GPS) is a system of satellites owned by the American government. It can track locations of devices like mobile phones on Earth. It makes it relatively easy for us to find our way around. Applications like Google Maps use the GPS system. Aircraft pilots, yachtsmen, soldiers and now hikers navigate their way about Earth using satellites. The Global Positioning System (GPS), uses a set of 24 satellites in orbit around Earth. The user sends a signal from a hand set, which is received by up to 12 of the satellites. By return, he learns his location, direction and speed.

A military satellite’s most common missions are for intelligence gathering, navigation, and military communications.

The largest satellite is the International Space Station, which was put together by several different countries.

Satellites are built to work in space for long periods. But all eventually stop working and their roles are taken over by new ones. It takes only one part of a satellite to malfunction and the satellite is dead.

It is estimated the cost of a satellite launch can range from $50 million to $400 million.

As satellites get smaller, they are easier to build and launch.

The Union of Concerned Scientists (UCS) maintains a database of active satellites in orbit.

On Nov 8th, 2020, China successfully launched the world’s first 6G satellite into space to test the technology. The experimental satellite will be used to verify the performance of the 6G frequency band in space. Although 6G is still in its infancy, it is expected to be over 100 times faster than 5G.

On Sunday, January 24th, 2021, SpaceX successfully launched the Transporter-1 mission. The company’s Falcon 9 rocket lifted off from Cape Canaveral in Florida, with 143 commercial satellites on board, breaking the record for the most number of satellites ever flown on a single rocket.

The Transporter-1 mission was the first in SpaceX’s new “Rideshare Program”, designed to launch many satellites at a time and enable organizations to reach space at a lower cost. It cost just $5,000 per kilogram to place a satellite on this rocket, or $1 million for 200 kilograms.

SpaceX launched 49 satellites on the 4th of February, 2022, however the company owned by Elon Musk confirmed a couple of days later that a geomagnetic storm destroyed 40 of them. The impacted satellites that are designed to burn up in Earth’s atmosphere were part of a planned satellite constellation that was intended to eventually provide constant internet coverage for most of the world.

SpaceX successfully launched a new batch of Starlink internet satellites on Wednesday (March 9) 2022. The aim of the 48 satellites is to provide the internet to undeserved areas of the world.