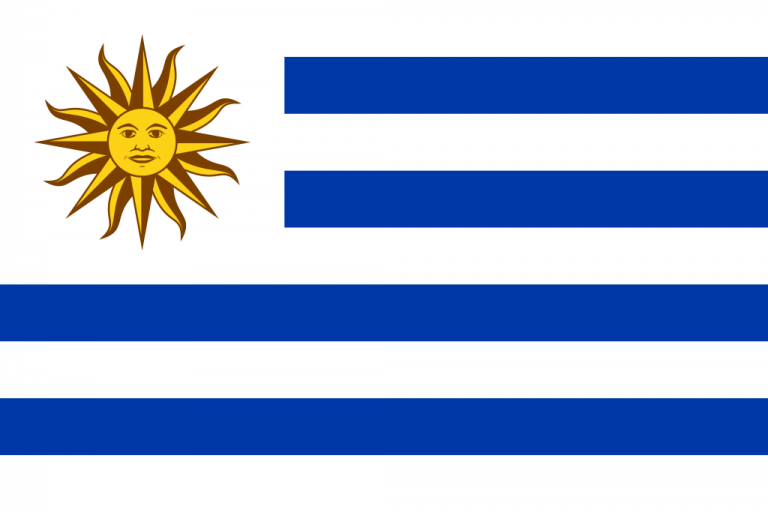 Uruguay, officially called the Oriental Republic of Uruguay, is located on the southeastern coast of South America.

Uruguay is the second smallest country in South America, after Suriname.

Uruguay borders Argentina to its west, and Brazil to its north and east. It lies along the Atlantic Ocean.

A BRIEF HISTORY OF URUGUAY !!!

The first settlers in Uruguay were an indigenous tribe called the Charrúa Indians, who were well known for their ferocity in battle.

The Spanish first arrived in 1516, and called the region the Banda Oriental del Uruguay, however, they did not fully colonize it until the 18th century, due to the hostility of the locals, plus, unlike their other colonies in South America, this land had no gold or silver.

With the Spanish busy elsewhere, Portuguese settlers arrived and established the town of Colónia del Sacramento in 1680. This upset the Spanish who viewed it as their land.

The Spanish founded the city of Montevideo in 1726, and by the late 1770’s, they forced out the Portuguese. They used Montevideo as a military stronghold.

The Spanish also brought a lot of cattle into the area, which in later years, would become an important part of its economy.

In 1811, Uruguay launched a successful revolt against the Spanish, led by Uruguay’s national hero, José Gervasio Artigas. By 1814, the Spanish were expelled from Montevideo.

In 1821, the Portuguese of Brazil invaded the country, defeated the Uruguayans and seized the region. (Brazil was a Portuguese territory at that time).

When Brazil gained its independence from Portugal in 1822, present-day Uruguay became a province of Brazil.

However, in 1825, a group of Uruguayan rebels living in Argentina, led by Juan Antonio Lavalleja, called the Thirty Three Immortals, invaded their homeland and declared independence from Brazil.

Uruguay’s independence from Brazil was finally recognized in 1828.

Uruguay’s first constitution was established in 1830.

The Uruguayan Civil war, also known in Spanish as the Guerra Grande (Great War), was a series of armed conflicts between the leaders of Uruguayan independence.

The long struggle that ensued was between Uruguay’s two dominant political parties, the Colorados and the Blancos (named, respectively, for the red and white bands they wore) and their supporters.

The Colorados were led by Fructuoso Rivera, who represented the interests of Montevideo, while the Blancos were headed by Manuel Oribe, who looked after the agricultural interests of the countryside.

The two parties received backing from foreign sources, including both neighboring countries, Brazil and the Argentine confederation, as well as the British Empire and the kingdom of France.

While officially the war lasted from 1839 until 1852, it was part of armed conflicts that started in 1832 and continued until the final military defeat of the Blancos faction in 1904.

Uruguay is a country in the southeastern region of South America. It borders Argentina to its west, and Brazil to its north and east.

Uruguay is the second smallest country in South America, after Suriname.

Uruguay is also known as “Switzerland of South America,” because it is so peaceful.

Uruguay has a coastline that measures 660 kilometers (410 miles) long, with an incredible variety of stunning beaches along its shores.

The word “Uruguay” comes from the Guarani language and translates into “the river where the bird lives.”

The capital and largest city in Uruguay is Montevideo, with a population of 1.4 million inhabitants.

The population is mainly derived from European immigrants who replaced the original native Charrúa people.

Montevideo is well known for its beautiful boardwalks, lined with palm trees and quaint historic buildings. One of its main tourist spots is the UNESCO protected Colonia.

Uruguay has a lot of cattle ranches and grassy pampas plains, that almost cover three quarters of the country.

There are many cattle farms in the countryside of Uruguay.

Unlike its South American neighbors, Uruguay has a low mountain landform and this creates a countryside of smoothly rising hills.

The two biggest and most important rivers in Uruguay, are the Uruguay river (270 miles) and the Rio Negro (450 miles). They are so important to the country, as they both support transportation, commerce and agriculture for the people.

The Rincon del Bonete lake in Uruguay is the largest man-made lake in South America. It was created by damming the River Negro, and it spans more than 400 square miles. The dam was the first hydroelectric dam built in Uruguay, and it generates a major percentage of Uruguay’s hydroelectric power.

Some of the wonderful animals you’ll find in Uruguay, include the black vulture, the burrowing owl, the caiman, the capybara, the coypu, the flamingo, the forest tortoise, the jaguar, the Pampas deer, the puma, the six banded armadillo, the South American fur seal, the striped dolphin, the tropical rattlesnake and the southern lapwing.

Although some of these animal maybe extinct to Uruguay, they are known to creep in from their neighboring countries of Argentina and Brazil, to prowl in the Esteros de Farrapos National Park, on the western border of Uruguay.

One of the biggest spiders in the world can be found in Uruguay. It is called the grammostola, and it has a leg span of about 12 cm (5 in).

There are nine National Parks in Uruguay.

The “greater rhea” is a large bird native to Uruguay. It can’t fly, but it can run very fast at speeds of 37 mph (60 km/h). It is similar to the ostrich in Africa and the emu in Australia.

The rise in tourism in Uruguay is generating a building boom in Punta del Este, the top seaside resort in Uruguay. This is good news for the country, as tourism is an important aspect of the nation’s economy. 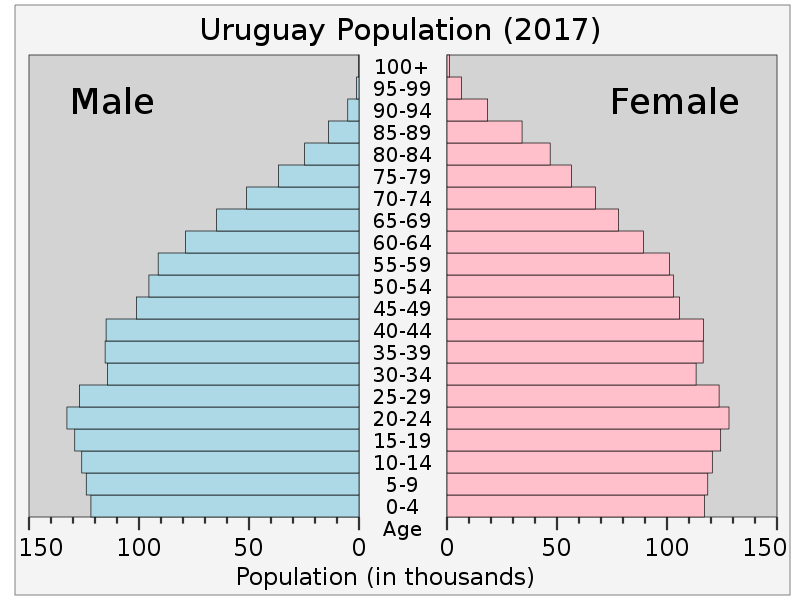 Uruguay has the lowest poverty and population growth rates in South America. It is also considered as one of the world’s most progressive and socially developed countries.

Three of the most famous footballers have come out of Uruguay. They are Edinson Cavani, Luis Suarez and Diego Forlan.

Uruguay is the smallest ever country who has won the FIFA World Cup, and not only one, but twice, in 1924 and 1928.

Do you want to see thousands of horses, if yes, then head to the “Fiesta de la Patria Gaucha” in Tacuarembo. Celebrated in March every year, it is the biggest and most important cowboy festival in the region, featuring rodeos, parades and folk music. Men, women and children all dress up their traditional gaucho outfits, and yes, there will be a lot of horses there as well.

People in Uruguay love beef. Everyone in the country eats around 86 kg (190 lb) of the meat every year. They love nothing more than to sizzle their meat over a big barbecue pit, called a parrilla.

There are three cows for every person in the country, additionally, there are also more sheep than humans.

A national dish of Uruguay is a grilled steak, commonly known as a “Churrasco.” A beef platter called a “Parrillada” is also very popular.

Uruguay has a vast wine industry. They are in the top five of producers of wine in South America.

Every single house in Uruguay has its own unique name.