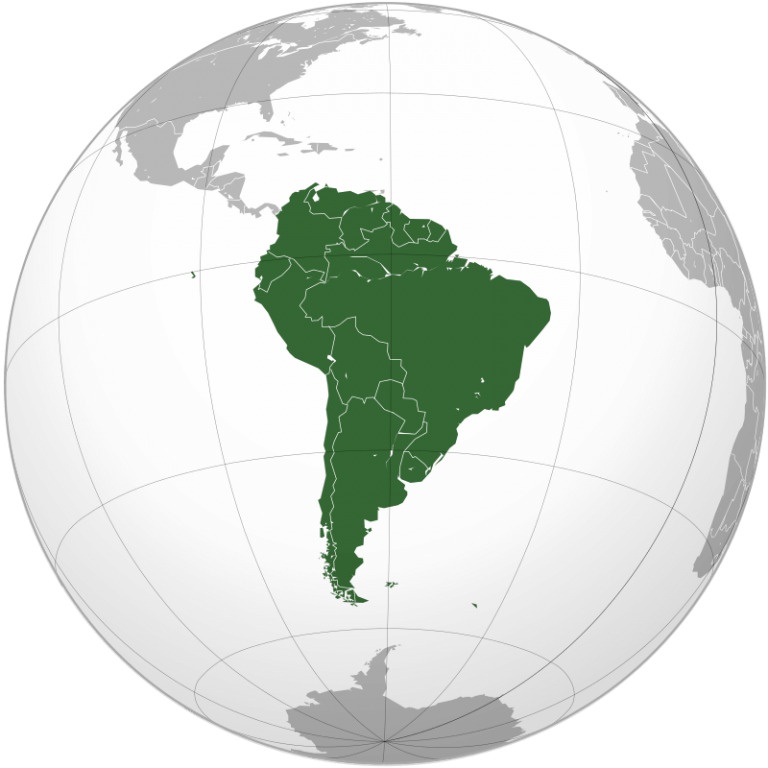 A BRIEF HISTORY OF SOUTH AMERICA !!!

Native Americans lived in South America for thousands of years before the first European explorers arrived on their shores in the late 15th century.

Some of the biggest and best known Indian tribes in South America were, the Caribs, the Arawaks, the Muiscas and the Mapuche people.

However, these were small in comparison to the Incas, who built up a vast empire that flourished in South America from the early 15th century, up until its conquest by the Spanish in the 1530’s.

Unfortunately, as the Europeans arrived, they also brought diseases with them, such as smallpox, to which they had no resistance, leading to a massive drop in the population of natives in the coming years.

In addition to diseases, violent wars also led to the destruction of many native societies.

With the news spreading around Europe of these lands with potential wealth, it led to an era of colonization by major forces from, mainly the Spanish and the Portuguese, and in a smaller way, the British, French and the Dutch.

By the late 18th and early 19th century, these countries were all involved in power struggles, which would later lead to the creation of different states.

As these states were being formed, European immigrants came in their droves, and fast forward to today, you will find most people living in South America are descendants of these immigrants from, Spain, France, Portugal, England and other European countries.

Two of the most important men who led forces against the Spanish and Portuguese armies to gain independence for their countries in the early 19th century are these days looked upon as heroes and martyrs.

They are Simon Bolivar (1783-1820) and Jose de San Martin (1778-1850). These two brave men have many statues and sculptures of them in almost every city in Latin America, and many cities around the world. Many important places have also been named after them.

South America is bordered on the west by the Pacific Ocean, and on the north and east by the Atlantic Ocean. The Caribbean Sea and North America, both lie to the northwest.

South America is the fourth largest continent in the world, after Asia, Africa, and North America. The two small overseas territories in South America, are the Falkland  Islands (United Kingdom) and the French owned French Guiana.

The largest country in South America is Brazil, which takes up half of the continent’s landmass.

The largest city in South America is Sao Paulo. Located in Brazil, it’s estimated that it has a population of around 14 million people.

The smallest country in South America is Suriname, with a population of just  492,000.

South America takes up around 11.98% of Earth’s total land area.

The Isthmus of Panama, is a narrow strip of land that connects North and South America. It is bordered by both the Caribbean Sea and the Pacific Ocean. 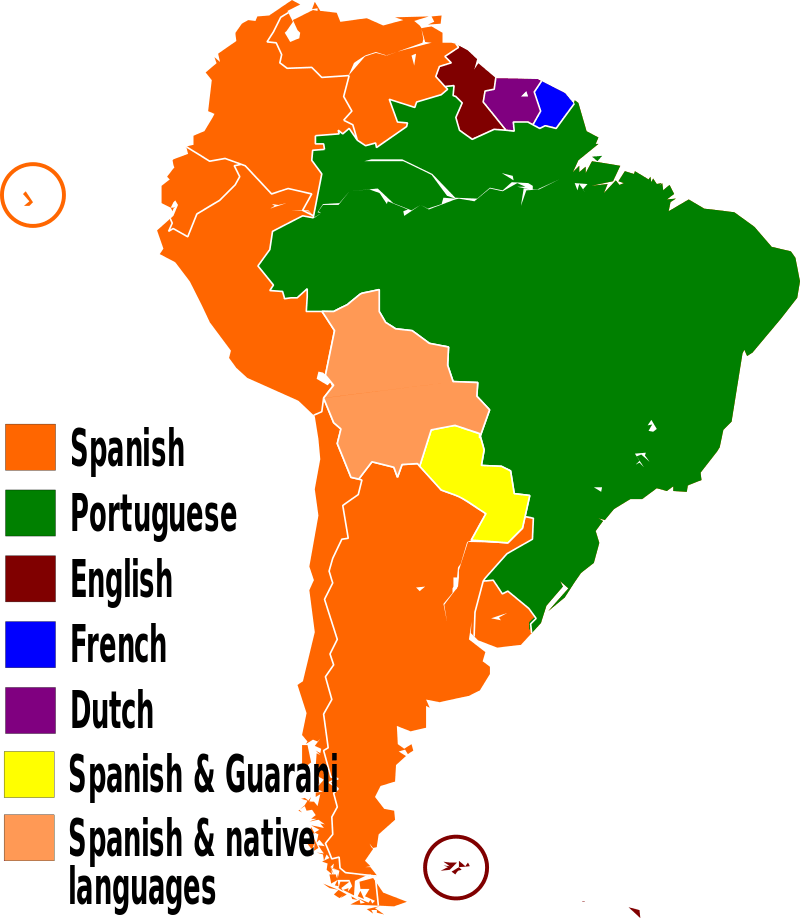 The main languages spoken in South America is Portuguese, followed by Spanish. Dutch, English and French are also spoken on a smaller scale.

Christianity is by far the biggest religion practiced in South America.

America’s name is derived after the Italian explorer, Amerigo Vespucci.

The major mountain range in South America is the Andean Mountains (The Andes). They are the longest mountain range in the world, and they are well known for their high peaks, volcanoes, and the ruins of civilizations from years long ago.

The tallest mountain in South America is the Aconcagua. As part of the Andes mountain range, it reaches 6,962 meters (22,841 feet) above sea level.

More than 30% of South America is covered in rainforests.

South America has no shortage of important rivers, however the longest is the Amazon River. It is the second longest river in the world, after the Nile. It starts high in the Andes, and flows for 4,040 miles (6,500 km) through Brazil, and into the Atlantic Ocean.

The Amazon River can be seen from outer space.

South America experiences every climate there is imaginable. It’s terrain has such a wide variety of features, such as, hot tropical regions, huge mountain ranges, deserts, rainforests, grasslands, and frozen glaziers. In addition, it’s also located near the site of seismic activity, making it a high risk earthquake zone.

The driest place on Earth is in South America. Atacama desert, located in Chile, has regions where it has not rained in over 400 years. Animals and plants still thrive here though, because every morning thick fog brings in moisture.

The Angel Falls in Venezuela is the world’s highest waterfall.

The incredible Inca estate, high up in the Andes mountains is one of the New Seven Wonders of the World.

South America is home to many endangered animals, such as the jaguar, the giant armadillo, the buffy-headed marmoset, the giant otter, the pygmy short tailed opossum, the Amazonian manatee, the Orinoco crocodile, the Panamanian golden frog, and the Galápagos giant tortoise.

The potato originated in South America.