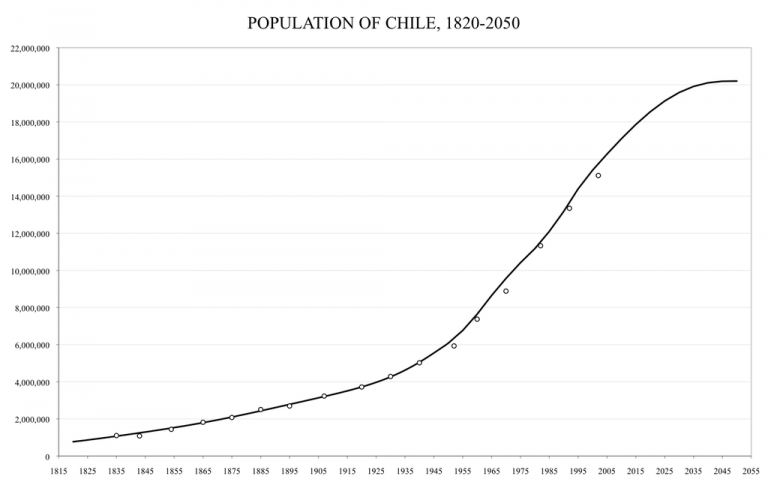 Chile, officially called the Republic of Chile, is located along the western seaboard on the South American continent.

Chile is a long, narrow country, stretching along South America’s edge. The country is more than 80% covered in mountains, many of them volcanoes. Only one fifth of Chile’s surface is flat.

A BRIEF HISTORY OF CHILE !!!

The first known inhabitants to live in this region of present-day Chile dates back to 12,000 BC. They survived by hunting and farming.

Shortly before the first of the Europeans started to arrive, the Araucanians and the Mapuche Indian tribes were the 2 largest cultures (along with numerous other smaller groups of indigenous people) living here. They were all located mainly in central and southern Chile.

Around the same time, the Inca’s were extending their empire across South America, and they moved into what is now, northern Chile.

The Inca’s tried to venture into the south, but they were defeated by the fierce Mapuche people, in what is called today as the Battle of the Maule. Historians believe this bloody event occurred possibly around 1532.

Despite strong resistance, Pedro de Valdivia and his forces take possession of Chile in 1540, and declare the land for the King of Spain.

Valdivia establishes his first city of Santiago in 1541, which would later become the capital of present-day Chile.

Little did the Spanish know then, that for the next 3 centuries they would be constantly in conflict with the Mapuche people. The natives battled hard to create a frontier between Spanish Chilean and Mapuche territory.

Fast forward to 1810, and with Napoleon taking over Spain, this loosened the Spanish grip they held over Chile.

These events sparked the move towards the independence of Chile from the Spanish. On September 18, 1810, a meeting was held in Santiago, were it was decided to take power by force and declare its independence from Spain. To this day, this date is celebrated in Chile as marking the beginning of the Chilean Independence process.

The Spanish troops regained control of Chile in 1814, when they defeated the rebel Chilean forces, led by Bernardo O’Higgins in the Battle of Rancagua.

However, in 1817, armies led by Chilean patriot Bernardo O’Higgins and Argentina’s hero Jose de San Martin defeated the Spanish forces at the battle of Chacabuco.

Bernardo O’Higgins then had a decisive victory in 1818, when he defeated the last large Spanish resistance at the Battle of Maipu.

Chile finally became independent from Spain on the 12th February, 1818, which was finally recognized by Spain in 1840.

Chile is a long, narrow country, stretching along South America’s edge. The country is more than 80% covered in mountains, many of them Volcanoes. Only one fifth of Chile’s surface is flat.

Chile is the second longest country in the world. Brazil beats them by just 95 kilometers.

Chile has the second longest coastline in South America, next to Brazil. Bordering the South Pacific Ocean and a small part of the South Atlantic Ocean, the coastline stretches 6,435 kilometers (3,999 miles) long. It is mainly rugged, but also has some stunning beaches.

Chile boasts a huge diversity of natural terrain, from the driest desert in the world, to ancient glaciers. You can also find, snow white salt plains, forests, lakes, and a horde of active volcanoes.

The climate in Chile varies from north to south, due to the length and unique shape of the country. You’ll find it very warm in the north, Mediterranean conditions in the center, very cold in the Andes, and in the south you can experience all types of climates.

The Atacama Desert in Chile is known as the driest place on Earth. In some regions it has not rained for over 400 years. Wildlife and plants can still thrive here though, because every morning thick fog brings in moisture.

While Chile is famous for their Andes Mountain range, there is also four individual stunning mountains in Chile, that also doubles as volcanoes. They are the Parinacota, the Tupungato, the Incahuasi and the Aucanquilcha.

The major rivers of Chile are the Lao River, which is the longest in the country, followed by the Bio Bio River, the Maipo River and the Maule River.

Some animals you will find in Chile’s habitat include the Andean condor, the Pudú, the Rhea, the Huemul, the Guanaco, the Puma, the Andean fox, Flamingos and penguins.

For centuries, Chileans have used llamas to carry their goods. The Guanacos are native to Chile and resemble the llamas, but are wild.

On Chile’s long coastline you will see pelicans, penguins, sea lions, otters, and migratory whales, on their journeys to and from breeding and feeding grounds.

At an altitude of 4,320 meters (14,170 feet) in the Andes Mountains of northern Chile, you will find the El Tatio Geysers. This field has more than eighty active geysers, sending jets of water and steam into the air. This spectacular sight is a very popular tourist attraction in Chile.

Chile is prone to earthquakes. The last big one was in 2010, measuring 8.8 in magnitude. The earthquake initiated a tsunami, which caused widespread damage on land, and devastated some coastal regions of the country. Both the earthquake and tsunami were responsible for more than 500 deaths.

Santiago is the capital and largest city of Chile, with a population of over 6.2 million people. Due to economic growth during the last decade, Santiago is now one of South America’s most modern cities.

The tallest building in South America, the Gran Torre is located in Santiago, it is 64 stories high (300 meters).

Chile’s promotion of tourism is paying dividends, as every year a record number of visitors travel to their shores.

There are 36 national parks in Chile.

Easter Island, in the South Pacific Ocean, is today considered part of Chile’s territory. It covers roughly 64 square miles, and it got its name from the Dutch explorers who first spotted it at Easter time in 1772. Nowadays, it is a recognized UNESCO World Heritage Site, with a population of roughly 3,300 inhabitants.

Spanish is spoken widely on Easter Island, with its economy largely based on tourism, due to the 900 or so giant mysterious stone figures that dates back centuries.

Although football in Chile is the most popular sport, rodeo riding is very important to them. This century old national sport attracts vast crowds who go to watch the riders, known as “huasos.”

Daniel Defoe’s book Robinson Crusoe was based on a man named Alexander Selkirk who got left on an island called Mas a Tierra, off the coast of Chile in 1704. He ended living on his own on the deserted island for over four years. The Scottish sailor survived by hunting lobster and crayfish, until he was finally rescued by an English privateer named Woodes Rogers.

The world’s oldest known mummies were discovered in the Camarones Valley, in southwest Chile in 1917. The oldest one dated back to 5050 BC.

The world’s largest swimming pool can be found at the private San Alfonso del Mar resort in Algarrobo. It is equivalent to about 6,000 8-meter long pools, and holds an astonishing 250 million litres (66 million gallons) of water.

Chile is one of South America’s most stable and flourishing countries. It has been mainly free of the coups and government crookedness that has played havoc with the continent.

Chileans are the second highest consumers of bread in the world, after the Germans.

The Chileans are ethnically a mixture of indigenous Indians and Europeans.

The adult literacy rate in Chile is 97.3%, while the life expectancy is 76 years.

Chile is home to some of the world’s finest wines. They are the fifth largest exporters of wine, and the ninth largest producers of wine in the world.

Flight times to Chile, from London/UK, takes roughly 14.5 hours, from New York/USA, takes around 11 hours, and from Sydney/Australia, it can take anywhere between 14 and 19 hours.