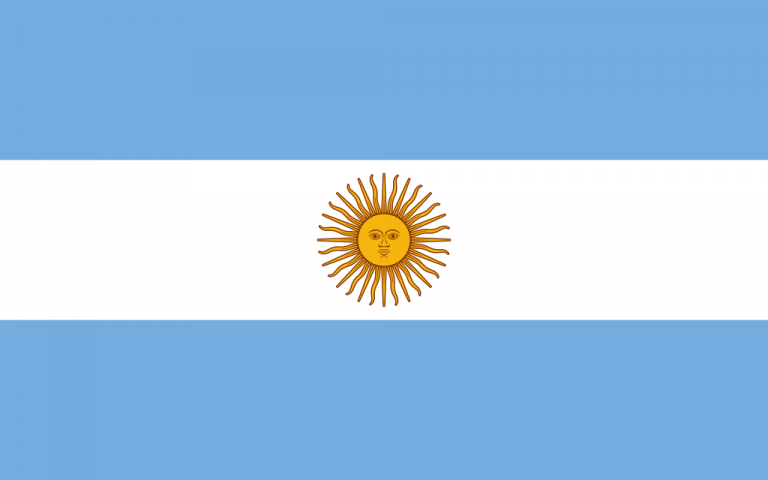 Argentina, officially known as the Argentine Republic, is a large country located in the southern part of South America.

Argentina shares a border with Chile to the west, Bolivia to the north, and Uruguay, Brazil, and Paraguay to the east. 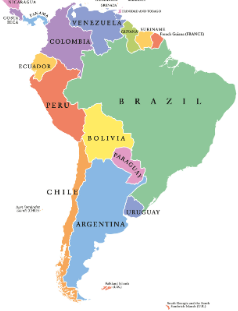 A BRIEF HISTORY OF ARGENTINA !!!

The oldest villages in present-day Argentina can be dated back to 11,000 BC, and since then numerous ethnic groups have inhabited this region. Just before the Europeans arrived, the Inca Empire were dominant in the area.

The first Spanish explorer to arrive on the shores was Juan Diaz de Solis in 1516, in search of silver and other treasures. Things did not go well for him, as he died in a fight with natives shortly after his arrival.

Next to reach the shores was Sebastian Cabot in 1526, naming and exploring Rio de la Plata, but he returned to his homeland shortly afterwards.

In 1536, the first settlement in Argentina was established by Pedro de Mendoza, who claimed the land for the Spanish crown. This settlement would later become Buenos Aires.

The Spanish noticed the natives wearing silver, and soon realized Argentina had vast quantities of it. This is how the country got its name as “Argentum” is the Latin word for silver. The Spanish used the natives as slaves, forcing them to work in the mines for silver.

Buenos Aires was soon to become a very important and lucrative port, which caught the eye of the British. In 1806 and 1807, the Spanish successfully fought off two British invasions on Buenos Aires.

In 1808, Napoleon and his French forces invaded Spain, conquering major cities. These events would lead to the loosening of Spain’s power over Argentina.

The Argentines by now were hearing stories of other colonies revolting against Spanish rule and gaining independence.

In 1812, Military leader General Jose de San Martin and his Argentine forces went to war against the Spanish forces. After four years of battle, the Argentines were victorious, which led them to declare their independence from Spain in 1816. 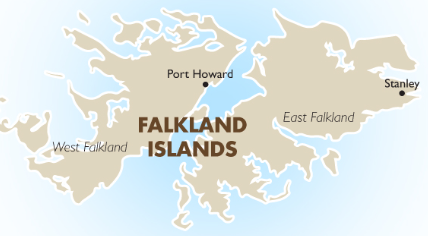 Argentina shares a border with Chile to the west, Bolivia to the north, and Uruguay, Brazil, and Paraguay to the east.

Much of the east of Argentina sits along the Atlantic Ocean coastline.

Buenos Aires is the largest city and capital of Argentina, with a population of just over 3 million.

Buenos Aires is one of the most important ports in South America. It is also the national center of commerce, politics, technology, industry, and culture.

Argentina is divided into five major areas: The rainforest areas of the northeast, the swampy and flat Chaco plain, the lengthy plateau of Patagonia, the fertile grasslands of the central Pampas and the vast Andes mountain range, which contains glaciers, as well as the tallest mountain in South America.

The “Pampas” is a word from the Quechua Indians language which means “flat land.” These can be found in central and northern Argentina, where cattle and sheep graze in vast numbers.

There are over 30 national parks to be found in Argentina.

Patagonia can be found in the country’s southern region, where you can find spectacular landscapes, snow capped mountain peaks, and the stunning Perito Morena glacier.  It shares this sparsely populated region with Chile.

The stunning Perito Moreno glacier is part of the Southern Patagonian Ice field. It stretches 30 kilometers (19 miles) long, and it’s home to the world’s third largest reserve of fresh water.

The Sierras de Cordoba mountain range in Argentina is the most famous in South America. It is located in the Cordoba province and has breathtaking views of the highlands, valleys and lakes, for the 3 million visitors it receives every year.

The major rivers in Argentina are the Paraná River, the Uruguay River, the Iguaza River, the Bermejo River, the Pilcomayo River and the Colorado River.

The Paraná River is the 14th longest river in the world, flowing 2,485 miles across South America, through Brazil, Argentina, and Paraguay.

Argentina is home to the breathtaking Iguazu Falls, which is bigger than the Niagara Falls. Additionally, there are over 250 other incredible waterfalls.

The Iguazu Falls is a very popular tourist attraction in Argentina. Tourists can also enjoy amazing views from the Paraguayan or Brazilian sides, as the falls borders three countries.

Argentina is rich in all types of animal species. Their waters contain, dolphins, whales, elephant seals, fur seals, penguins and sharks. Land animals, such as the giant anteater, the armadillo, the pampas cat, the maned wolf, the jaguar, the puma, the howler monkey, the tapir, the capybara, and the bush dog, all call Argentina their home. The list is endless.

The largest canine in South America is the manned wolf. Native to Argentina, the manned wolves appearance makes it look more like a fox.

Due to the vast size and range of altitudes in Argentina, it has a wide variety of climates. If you are visiting the country there is many web-sites available showing you the best time to visit and clothing required. Basically it depends on the region, but in general, Argentina enjoys a comfortable climate.

The flag of Argentina consists of three horizontal stripes. The outer stripes are sky blue and the middle stripe is white, with the Sun, which is gold in color, at at the center of the flag. The three colors represent the sky, the clouds, and the Sun.

Of all the countries in South America, Argentina has the fewest native inhabitants. Around 95% of the population are of European descent, mainly from Spain, Italy, and Germany.

Tourism records in Argentina recently exceeded expectations. It was officially declared they receive the most tourists of all South American countries, overtaking Brazil as number one.

Although football is the most popular sport in Argentina, Pato is the national game for over 400 years. This sport is played on horseback and is a mixture of both polo and basketball. Pato is the Spanish word for duck and many years ago the tradition then was to use a duck, instead of a ball.

Two of the most famous footballer’s to have come out of Argentina are Diego Maradona and Lionel Messi.

The Argentine national football team has won the FIFA World Cup twice (1978 and 1986).

The ballpoint pen was invented in Argentina by Laszlo Biro. Although born in Budapest, Hungary, in 1899, he lived in Argentina most of his life and died here in 1985.

The famous dance the tango was born in Argentina. It began in the nightclubs of Buenos Aires, more than 100 years ago.

Eva Peron, the wife of Argentina’s President Juan Peron, was adored by the Argentinian people for all the work she done for the poor. She sadly died of cancer in 1952, leaving a lot of people in tears.

After the death of Juan Peron in 1976, the military took over control of the country, leading to 7 years of unrest called the Dirty War, leaving an estimated 30,000 people dead .

Argentina had five presidents in ten days in 2001.

Children in Argentina can attend school in a morning shift, an afternoon shift, or even a night shift, if needs be.

Argentines love their beef, and they eat close to 150 lbs of it per person, per year, making them have the highest consumption of red meat in the world. The Argentine beef is famous around the world.

The national drink of Argentina is called the Mate Tea. It comes from the leaves of the yerba mate.

Over 10% of the world’s plants are found in Argentina.

The name Argentina means “land of silver,” because of all the silver the early Spanish explorers discovered when they first arrived on these shores.

The adult literacy rate in Argentina is 97%, and the life expectancy is 76 years.

The first animated film in the world was created by an Argentinian man called Quirino Cristiani, in 1917. The feature length movie was called “El Apostol,” and it was eventually lost in a fire.