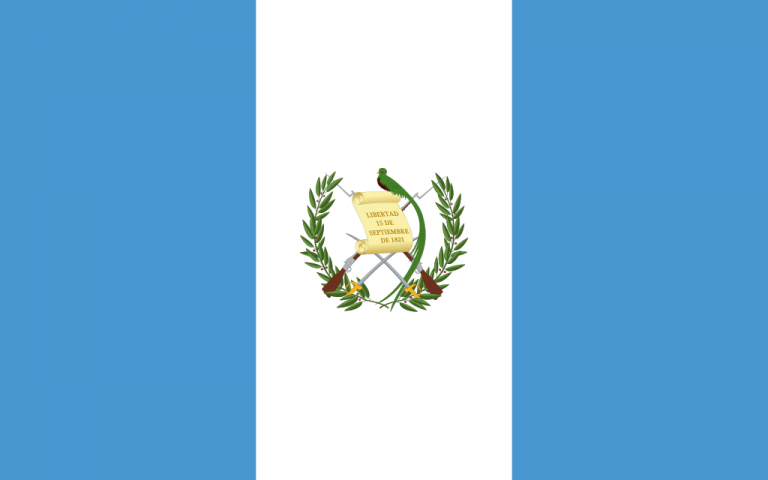 Guatemala, officially known as the Republic of Guatemala, is a mountainous country located in the North America continent.

Guatemala is bordered by 4 countries, Mexico, Belize, El Salvador and Honduras. It also borders the Pacific Ocean, and has a short coastline on the Gulf of Honduras in the Caribbean Sea.

A BRIEF HISTORY OF GUATEMALA !!!

Guatemala was originally home to the advanced and powerful civilization of the Maya.

The Mayans of Guatemala were one of the most advanced ancient civilizations that lived here for thousands of years. You can still visit their ruins nowadays in various cities around the country.

By the time of the arrival of the first Europeans in the early 1500’s, the Maya civilization was already in decline.

In 1523, Spanish conquistador Pedro de Alvarado was sent to conquer the area that is known today as Guatemala.

They came up against strong resistance from the largest remaining tribe in Guatemala, called the Quiche, who were descendants of the Mayans. However, after many battles, the Spanish forces with their superior strength, finally overpowered the brave natives.

By 1540, present-day Guatemala was under official rule by the Spanish Crown.

Guatemala became independent of Spain in 1821, along with the rest of the Central American colonies, and joined the Mexican empire the following year, albeit for a very short time.

In 1823, Guatemala became part of the United Provinces of Central America with Nicaragua, El Salvador, Costa Rica and Honduras.

This newly independent country turned into constant political turmoil, and by 1839, the federation had completely dissolved.

Guatemala issued a second declaration of independence, and finally became fully independent in 1840.

The Guatemalan Civil War ran from 1960-1996, which left more than 200,000 dead, leaving many children orphaned. The war was between the government military forces and left-wing guerrilla groups. This long 36 year conflict, was well known for violence, abductions, mutilations and the public dumping of bodies.

Today in Guatemala City, you will find a lot of children and young adults living on the streets. They leave their villages at a young age and head to the capital looking for work, and many end up selling thrash or begging for food. A lot of children have been left orphaned in Guatemala due to civil war, violence and crime groups.

The Mayans of Guatemala were one of the most advanced ancient civilizations that lived here for thousands of years. You can still visit their ruins nowadays in various cities around the country. The Mayan civilization is still much alive, as more than half the population are modern day Maya,  speaking up to 20 different Mayan languages.

It is estimated that half of the Guatemalans living today are descendants of the ancient Mayans.

The Maya temple at Tikal was built well over 1,300 years ago to honor the Maya ruler, Ah Cacaw. These ruins were not discovered until the late 1600’s.

The ancient Mayans of Guatemala are credited with inventing chocolate. They used chocolate to help sick people feel stronger, by putting weight on. These days you can find chocolate museums, chocolate stores and one can even join in on chocolate classes.

An old Mayan custom that still goes on today in Guatemala, is to sweep out their house every December and then burn the rubbish to chase off the devil.

Another practice is to give your children “worry dolls,” which the children then tell their worries to. They then place it under their pillow when they go to bed. The next morning the doll is gone, along with all their worries.

Guatemala is bordered by 4 countries, Mexico, Belize, El Salvador and Honduras. It also borders the Pacific Ocean, and has a short coastline on the Gulf of Honduras in the Caribbean Sea.

Guatemala is home to 37 Volcanoes, of which four are still active.

Many people live in the mountains of Guatemala, living in small isolated villages, some without running water or electricity.

The word Guatemala comes from the word “Quuahtlemallan,” which means “place of trees” or “land of trees” in the Náhualtl language.

In the northeastern part of Guatemala, you will find the Peten region, which covers a third of the country, but only 3% of the population. Peten is where you will find the rainforests, savannas and beautiful Mayan ruins.

The Peten region is home to many animals, including jaguars, tapirs, monkeys, mule deer’s and the ocelot. On the forest floors, you will find plants species, such as orchids, ferns, mosses and the bromeliads, which clings on to the massive tree trunks.

On Nov 6th, 2020, over 150 people died in a landslide in Guatemala after Storm Eta lashed central America with torrential downpours. Most of the fatalities happened in the remote mountain village of Queja. They were buried in their homes under mud.

Guatemala, like any country has their problems, but that does not deter the thousands of tourists that visit the country every year. With ancient ruins, exotic cites, and more than 35 volcanoes, there is plenty to see and do for their visitors.

Thanks to their year round mild climate, Guatemala is known as the “country of eternal spring.”

The national symbol of Guatemala is the quetzal (bird). It’s also the same name as their currency, because ancient Maya used quetzal tail feathers as their money.

Agriculture contributes up to a quarter of Guatemala’s GDP. Coffee, bananas and sugar are its main products.

The literacy rate in the country is just over 75%, and the life expectancy is 73 years.