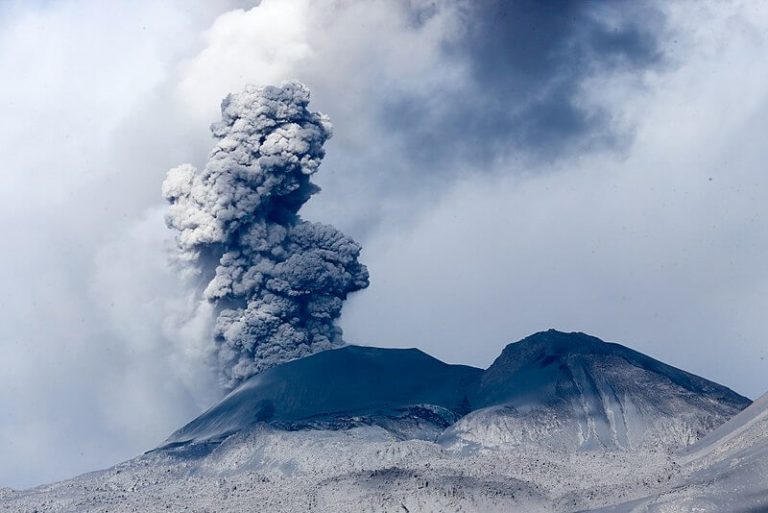 WHAT IS A MOUNTAIN ?

Some mountains stand alone, but most are found in long chains called mountain ranges. The highest point of a mountain is called the peak or summit.

Mountains cover up to one-fifth of our Earth’s surface, and every continent has at least one large stunning mountain range, with some even under the world’s oceans.

The higher you climb up a mountain the colder it gets, because cold air rises. Most of the highest mountains around the world are constantly covered with snow and ice all year round, due to this cold air rising.

Despite the cold conditions, some animals, plants, and people still live on mountains.

A lot of people visit mountains not only to hike, climb or ski, but for the stunning scenery it beholds, such as lakes, cliffs, and crags.

WHAT MAKES A MOUNTAIN ?

The Earth’s surface is a thin layer of rock called the crust. The crust is the outermost solid shell of a rocky planet. It consists of different types of minerals and gigantic rocks, called igneous, metamorphic and sedimentary rocks.

These giant slabs of rock are called tectonic plates, which fit together like an enormous jigsaw puzzle. These plates can move around, but they do so very slowly. If they come into collision with each other, this powerful force below the Earth’s surface can push the crust upwards to form a mountain range.

This process takes millions of years for the mountains to form. There are three main types of mountains, and they are known as volcanic, block, and fold mountains. They may all look the same, but they have all formed differently.

HOW THE DIFFERENT MOUNTAINS ARE FORMED !!!

Underneath the Earth’s crust is a thick layer of hot liquid rock called the mantle. So when a tectonic plate is pushed beneath another, some of this liquid rock is forced through the gap and explodes onto the surface. This is called a volcano.

Rivers of hot rock called lava erupts from the volcano, shooting up high in the air. This process is called an eruption. This river of lava over time hardens to solid rock to form a volcanic mountain.

Many of the mountains peaks that stand alone on Earth are formed this way, and they are called volcanoes. Examples of famous volcanic mountains include, Mount Etna and Mount Vesuvius.

Plate movements under the Earth’s surface puts the gigantic rocks under enormous strain. Eventually the pressure gives, forcing a whole rock mass to break away from another.

The cracks at which the breaks takes place are called faults. On one side of this break, the rocks will rise upwards to form a flat-topped mountain, called a block mountain.

Fold mountains are formed by the collision of two tectonic plates in the Earth’s crust.

These plates can move around very slowly, and if they crash into each other, this powerful force below the Earth’s surface can push the crust upwards to form a mountain range.

It would be like having a flat sheet of paper on the table, and slowly with your two hands push both sides towards the center of the paper. The pressure makes the paper stand up in the middle.

Examples of famous fold mountains include, the Alps in Europe, the Rockies in North America, and the Himalayan mountains in Asia.

Plate tectonics is a theory or idea developed in the 1960’s, about the Earth’s plates, in how they were formed, how they move, and the results of their movements. All of Earth’s water and land sit on these plates.

Tectonic plates are composed of solid rock, while under the plates is a weaker layer of dense melted rock. It’s between these two boundaries, that the plates, which are constantly moving over the weaker layer, that the most dramatic earthquake and volcanic action happens.

The next time you hear the word “CRUST,” don’t think about pizza or bread, as now you know about the crust you walk on everyday, the Earth’s crust, and the role it plays in the creation of mountains.

The Earth’s crust, called the lithosphere, consists of 15/20 moving tectonic plates. The crust thickness averages about 30km (18 miles) under the continents, while it is only about 5km (3 miles) under the oceans.

The crust is the thinnest of Earth’s three layers, making up only 1% of Earth’s volume.

Earth is made up of three different layers: the crust, the mantle and the core.

The tallest mountain on Earth is Mauna Kea. This dormant volcano starts beneath the Pacific Ocean, and juts up on the island of Hawaii. It measures over 10,200 meters (33,600 feet) in height, from its base on the ocean floor.

The tallest mountain on Earth on dry land is Mount Everest in the Himalayas. It measures 8,848 meters (29,029 feet) in height.

The tallest  mountain in the Solar System is Olympus Mons, on planet Mars. Standing at a height of nearly 22 km (13.6 miles or 72,000 feet), it’s almost three times higher than Mount Everest.

The Himalayas in Asia, contain the tallest mountain range on the planet, with almost 100 of the world’s highest peaks.

Many of the rocks found in mountains, such as marble, granite, and limestone are useful to people. So mines and quarries have been constructed in certain mountains to reach these rocks.

Another important mountain industry is forestry. These forests that are often planted on the lower slopes of mountains, provide wood for building, for fuel, and for making paper.

Mountains can be a very dangerous place for people. One moment it may be warm and sunny, next thing, storm clouds appear with strong winds, making the air feel colder. From one extreme to the other. Always have proper clothing when visiting mountains.

One has to be ready for all kinds of weather in the mountains. Climbers, hikers, and skiers can easily get lost in mist or blizzards. Then you also have the added dangers of landslides and avalanches, that have the power to carry away roads, trees, and even towns.

About half of the world’s fresh water comes from mountains, while all of our major rivers are also fed from them.

As it takes millions of years for mountains to form, you’ll never see them grow. While some are getting higher, some are even getting a little bit smaller, worn away by the elements.

New mountains are forming all the time by the constant movement of the Earth’s crust.

Many countries have established protected areas or national parks to protect mountains and their wildlife.

Orology is the scientific study of mountains.