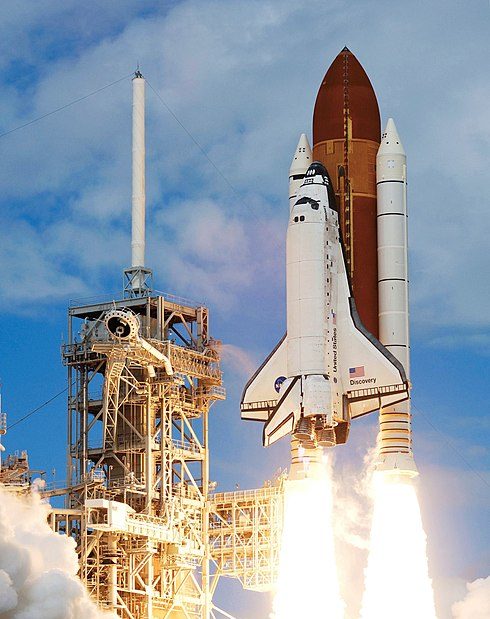 The United States were the first country to use the Space Transportation System (STS), or shuttle for short.

A Space Shuttle is only designed to travel in low-Earth orbit. This is within a few hundred miles of the Earth’s surface.

A Space Shuttle is like a reusable rocket, as it launches like a conventional rocket, but it returns to Earth like a plane, sending and returning astronauts or cargoes, to and from space.

The first Space Shuttle was launched on 12th April, 1981, from the Kennedy Space Center, Florida, in the U.S.

Space Shuttles are used for retrieving and repairing satellites, launching space probes, building space stations, and as a laboratory where astronauts work on experiments. 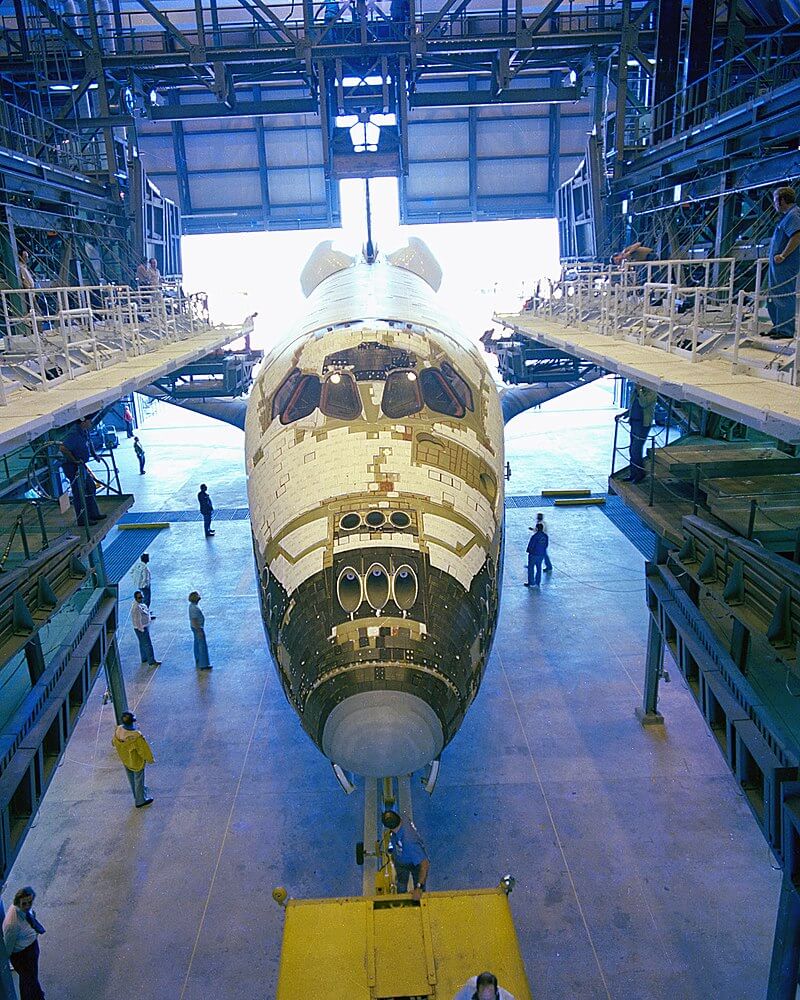 The name of the first Space Shuttle was called Columbia. Its first launch was on April 12, 1981. This shuttle would carry dozens of astronauts into space during the next two decades.

The two astronauts on the first launch of the Space Shuttle Colombia were, commander John W Young and pilot Robert L Crippen.

Sadly, on February 1st, 2003, the Space Shuttle Columbia burned up during re-entry into the Earth’s atmosphere, killing the seven astronauts on board. This was not to be the first disaster involving shuttles.

The Space Shuttle Colombia served for over 22 years, completing 27 missions with 160 crew members, until that dreaded day in 2003.

On January 28th, 1986, the NASA Space Shuttle Challenger disintegrated seventy three seconds into its flight, killing all seven crew members. Unfortunately, one of the crew members was the first civilian ever to fly. She was a school teacher called Christa McAuliffe, who had been selected via NASA’s “teachers in space” program.

With the loss of life and massive expense, the Space Shuttle program came to an end formally on August 31, 2011. The last mission had been flown by Atlantis in July 2011.

There are three main elements to a shuttle, the orbiter, the fuel tank, and the two solid rocket boosters.

THE MAIN ELEMENTS OF A SHUTTLE !!!

The orbiter on the shuttle is the space plane that carries the crew and cargo into space, orbits the Earth, and then returns the astronauts home again.

When returning back to Earth, a parachute is used to help the orbiter decelerate on the runway.

When a shuttle orbiter has to brought to a launching pad, it is transported piggy back style on top of a specially adapted Boeing 747 aircraft.

The fuel tank on the shuttle carries the liquid fuel for the orbiter’s engines.

The fuel tank is discarded to burn up in the Earth’s atmosphere.

The booster rockets on the shuttle provide the power to lift the orbiter towards space. These burn out and are discarded at 48 km (32 miles) above the ground. Six minutes later the fuel tank is also discarded leaving the orbiter flying solo.

When the booster rockets separates from the orbiter, they descend on parachutes and land in the Atlantic Ocean, where they are recovered by tug-boats. They are maintained and sent back to be reused.

The Enterprise Space Shuttle never flew to space. It was only a test shuttle.

The Space Shuttle program cost about $210 billion over its lifetime. When you take into account they made a total of 135 flights, it works out about $1.5 billion per launch.

The remaining four Space Shuttles are to be found today in visitor centers and museums around America.

The length of a Space Shuttle is 184 feet.

The height of a Space Shuttle is 57 feet.

The wingspan of a Space Shuttle is 78 feet.

Space Shuttles had an operational altitude of only 120 to 600 miles.

The payload bay of a Space Shuttle is where the cargo is stored inside the orbiter. Cargo could include, satellites, space probes, or parts for the space station.

Space Shuttles have sent more than 3 million pounds of cargo into space.

Over 600 astronauts have flown to outer space on the Space Shuttles, completing 135 missions.

The former Soviet Union built a Space Shuttle very similar to the American version, known as “Buran.” However, it flew only once, unmanned, and returned to Earth. It was destroyed in 2002, after the roof fell in at its storage facility in Kazakhstan.

Only seven astronauts can fly out at one time.

Weather conditions are strongly considered before a Space Shuttle launch, such as precipitation, lightning, wind, and humidity.