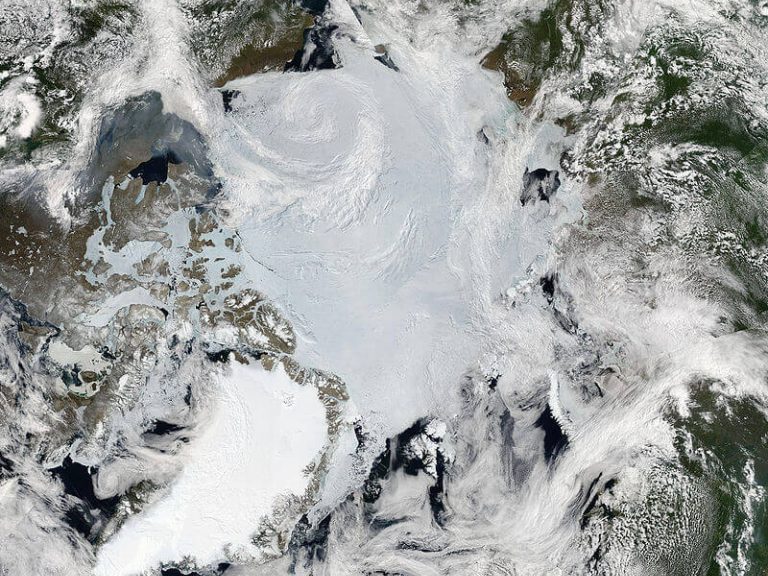 INTERESTING FACTS ABOUT THE ARCTIC !!!

The Arctic region is located in the northernmost part of Earth, and is home to the North Pole.

The North Pole is warmer than the South Pole.

On cold days, people say it feels like the Arctic outside. That is because it is extremely cold in the Arctic. Summers are cold, and winters are even colder.

Temperatures as low as -68°C have been recorded in the Arctic.

The Arctic Circle occupies approximately one sixth of the Earth’s surface.

The Arctic Circle is an imaginary line of latitude that circles Earth’s northernmost end.

The Arctic is almost entirely covered by water, most of which is frozen. The ice of the Arctic, including the glaziers and icebergs, contain about 15% of the world’s fresh water.

The name Arctic comes from a Greek word “Arktos” meaning “bear.” Its a reference to the Great Bear constellation that circles the northern sky.

Over recent years, the Arctic region has shrunk due to global warming.

Global temperatures by the end of the century will reach levels not seen in 50 million years, if greenhouse gas emissions are not significantly reduced.

The Arctic region is a popular destination for scientists researching the effects of Climate change.

The Arctic, also know as the Arctic region, is made up of Greenland (Denmark), Northern Canada, Norway, Iceland, Sweden, Finland, Alaska (U.S.A), parts of Russia and the Arctic Ocean.

The climate of the Arctic is best described by long, cold winters and short cool summers.

The largest iceberg in the Arctic was recorded in 2010, with an astonishing area size of about 260 sq km (100 sq miles), and a thickness of 50 meters (165 feet). It had broke away from the Peterman Glacier, in northwest Greenland.

In the Arctic, low air temperatures make the ocean freeze over in the winter. However, fish and other animals flourish beneath the ice, and are hunted by predators, such as seals and penguins.

In the Arctic, seals are the main prey of polar bears. They hunt on the sea ice all winter long, and rarely return to land.

Despite the hazardous conditions, the Arctic is home to many animals and plants, which have adapted to life in harsh environment.

Around 1,700 different species of plants live in the Arctic tundra, including flowering plants, dwarf shrubs, herbs, grasses, mosses and lichens. These are all tough cookies, able to survive the plummeting temperatures.

There is no trees to be found in the Arctic tundra. In fact, the word “tundra” comes from the Finnish word “tunturia” which means “treeless plain.”

Other animals that live in the Arctic include the Arctic Hare, the Snowy Owl, the Arctic Tern, the Muskox, the Canadian Lynx, the Beluga Whale, the Arctic Fox, the Narwhal, the Walrus, Wolverines, Squirrels, Seals and last but not least, the Polar Bear.

Polar bears are only found in the Arctic, and are the largest land predators on Earth. The largest one recorded was a male, he was four meters long and weighed 1,004 kg.

In the long term, due to global warming, many plants and animals will not be able to cope with the changes, and will become extinct.

About four million people call the Arctic their home, despite the freezing cold temperatures and harsh conditions. The Arctic is much more than just polar bears and ice, as there are many thriving and modern settlements that has been inhabited by indigenous (Arctic People) people for thousands of years.

The Arctic has plenty of natural resources, including fish, oil, gas and large quantities of minerals, such as iron ore, copper, nickel, zinc and diamonds.

The Arctic was once considered almost worthless, but now as the ice melts, it is primed to become one of the most important regions in the world, with its valuable oil, gas, minerals, and fishery reserves that is stored in the Arctic seabed.

The U.S, Canada, Denmark, Finland, Iceland, Norway, Russia, and Sweden are all haggling for ownership of the Arctic region’s frozen seas.

Because of the Arctic’s potential resources and trade impact, countries are stepping up military development in the Arctic region.

The Arctic is covered by an ice shelf and isn’t actually land, so it’s governed by the Law of the Sea, a 1982 U.N treaty signed by more than 150 countries. However, all the countries bordering the Arctic Ocean were giving 230 miles of ocean off their coasts and whatever natural resources that might lie beneath them. Despite this, disputes are still ongoing, due to the potential riches the Arctic possesses.