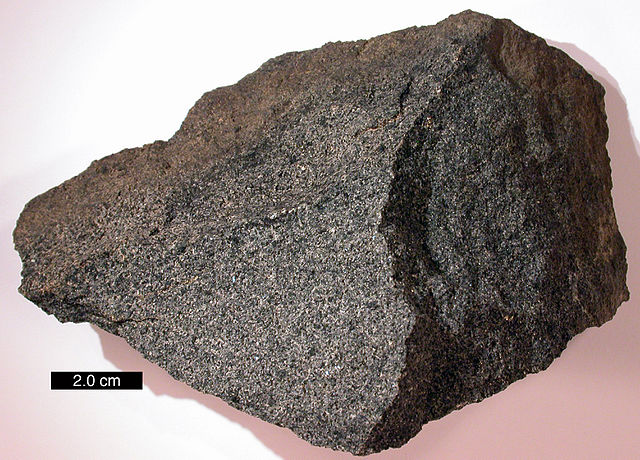 Rocks are vital to the human race. They make up much of our planet, and are used in thousands of different ways, and without them, there would be no blocks, coal, cement or glass.

Most of today’s big industries is based on the use of rock. Rock comes from the Earth’s crust, which is the Earth’s outermost layer, some of which lies under the worlds oceans. The raw ingredients are all taken from the crust as we cannot drill any deeper.

All rocks comes in different sizes, shapes, colors, weights, textures and strengths. Rocks are classified by how they are formed, and there are three main types of rocks: igneous, sedimentary and metamorphic.

When a Volcano erupts, red-hot lava explodes out and flows downhill like a boiling river of fire. As the lava cools down, a thick skin forms on top, then slowly all the lava turns into solid rock. This type of rock is called igneous, which in Latin translates to “made from fire.”

Igneous rocks form the greatest part of the Earth’s crust. There are over 700 different types of igneous rocks, and the most common one is granite. This is a very strong rock that has been used on buildings for thousands of years.

There are three different types of sedimentary rocks. They are all made up of minerals, sand, mud and even the remains of dead sea creatures.

Firstly, you have Clastic sedimentary rocks, such as breccia, sandstone, shale and conglomerate. They are formed by the cementing together of grains of sand over thousands of years.

Secondly, you have Chemical sedimentary rocks, such as rock salt, gypsum, chert, flint, some dolomites and some limestones. They are formed by precipitation of minerals from water, due to chemical reactions. (Precipitation is when dissolved materials comes out of water)

Lastly, there is Organic sedimentary rocks, such as coal and some limestones. They are formed from the shells and skeletons of millions of microscopic sea creatures and the accumulation of plant debris.

Metamorphic rocks are created when igneous and sedimentary rocks are exposed to heat and pressure deep within the Earth’s surface, caused by magma, or by the intense collisions and friction of tectonic plates.

One example of a metamorphic rock is marble, which is formed from the sedimentary rock, limestone. Metamorphic comes from the ancient Greek words, “meta” (meaning change) and “morphe” (meaning form).

HOW ARE ROCKS FORMED ?

The difference between a rock and a mineral is: A rock is mainly made up of multiple minerals combined together, while a mineral is a crystal like object that is made from a specific chemical substance.

Deep in under the earth’s crust it is hot enough to melt rock.

Volcanic debris ranges from dust and ash, to rocks as big as houses.

Rocks are continuously being eroded over millions of years to produce sand.

When a rock from space hits Earth, this is called a meteorite.

Caves are formed when a solid area of rock is eating away from a constant flow of water over thousands of years.

When rocks are broken down where they stand, it is called weathering.

The oceans waves can hurl rocks and stones at cliffs, slowly breaking down the coastline.

Rocks are damaged by the weather. They shrink in the cold and expand when it is hot.

Some rocks are valuable and are known as gems, such as diamonds and rubies. These are mined from the Earth, cut and polished, and worked into jewelry.

Diamond comes from the Greek word “adamas,” which means “invincible.”

Most gems comes from rocks, except for four. They are pearl, amber, jet, and coral.

Rocks have been used for many things throughout the years, including weapons, tools, containers and statues.

Rocks are the building blocks of modern cities.

Crystals are hard glassy-looking objects made of minerals.

Clay is an important rock. As well as being used for pottery, it is also used to make cement and washing powder.

Many of the world’s finest buildings are made from cut rock.

Rocks hide a lot of things, but they can also tell about life on Earth millions of years ago.