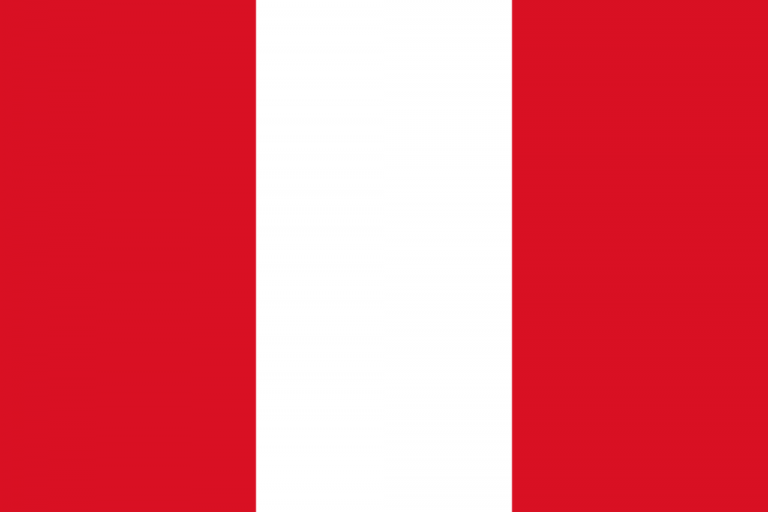 Peru has a population of nearly 33 million people, with most of them living along the coast of the Pacific Ocean, where Lima, the capital and largest city is located. A BRIEF HISTORY OF PERU !!!

Evidence of human presence in Peru dates all the way back to about 9.000 B.C. It was inhabited by various tribal people throughout its ancient history. The first known South American civilization in Peru was the Chavin, in around 900 B.C.

Other cultures followed, including the Wari, Paracas, Nazca, and the well known Mochina and Chimu. All these settlers engaged themselves in farming of plants, such as cotton and corn, and began domesticating animals such as the alpaca, guinea pig and the llama.

Around the same time the Incas were starting to build their empire, and surely but slowly, all of the other cultures were incorporated into the Inca Empire, even though most were not willing.

The Incas founded their capital city of Cuzco in around 1300. Over the centuries they grew into a powerful nation and began to rule a great empire in South America, including most of Peru, and parts of Chile, Ecuador, Bolivia and northwest Argentina.

However, this all changed in 1532, when the Spanish, led by Francisco Pizarro arrived on the shores of Peru in search of silver and gold.

By 1533, Pizarro had conquered the Incas and took over their city of Cuzco. In 1535, he then established the city of Lima, which is a major world city of today.

With the destruction of the Inca empire, the Spanish now had rule over Peru. The natives were made work on their own land, others were made to work in the mines.

Hundreds of thousand of the natives died from hardship, violence and infectious diseases brought over by the Europeans, such as smallpox, to which they had no resistance.

The Spanish brought in shiploads of Black African slaves to replace them. With the discovery of silver and gold in the Andes Mountains, Peru had become a great source of wealth to the Spanish.

Life was becoming very comfortable for the ruling colonists, until the late 18th century, when the natives started to rebel against Spanish rule. Although unsuccessful at the time, this was only the beginning of what was to come.

In 1820, with the help of South American liberation heroes, Jose de San Martin and Simon Bolivar, 5,000 Argentine and Chilean soldiers landed on the coast of Peru. They took over and occupied Lima, and on 28th July, 1821, Peru declared itself independent.

Jose de San Martin declared independence with the following words, “From this moment on, Peru is free and independent, by the general will of the people and the justice of its cause that God defends. Long live the homeland ! Long live freedom ! Long live our independence !”

Peru is bordered by five countries, Ecuador and Colombia in the north, Brazil in the east, Bolivia in the Southeast, and Chile in the south.

Peru has a coastline on the South Pacific Ocean that stretches 2,414 kilometers (1,499 miles) long.

Lima is the largest city in Peru, and the country’s capital. It has a population of almost 10 million people, making it the 27th most populated city in the world.

Peru has such a unique mountainous area, with the presence of the magnificent Andes. They are a complex system of large and small mountain ranges, roughly 20 of them, with about a thousand summits that tower over 5,000 meters, and with more than thirty that rises over 6,000 meters. 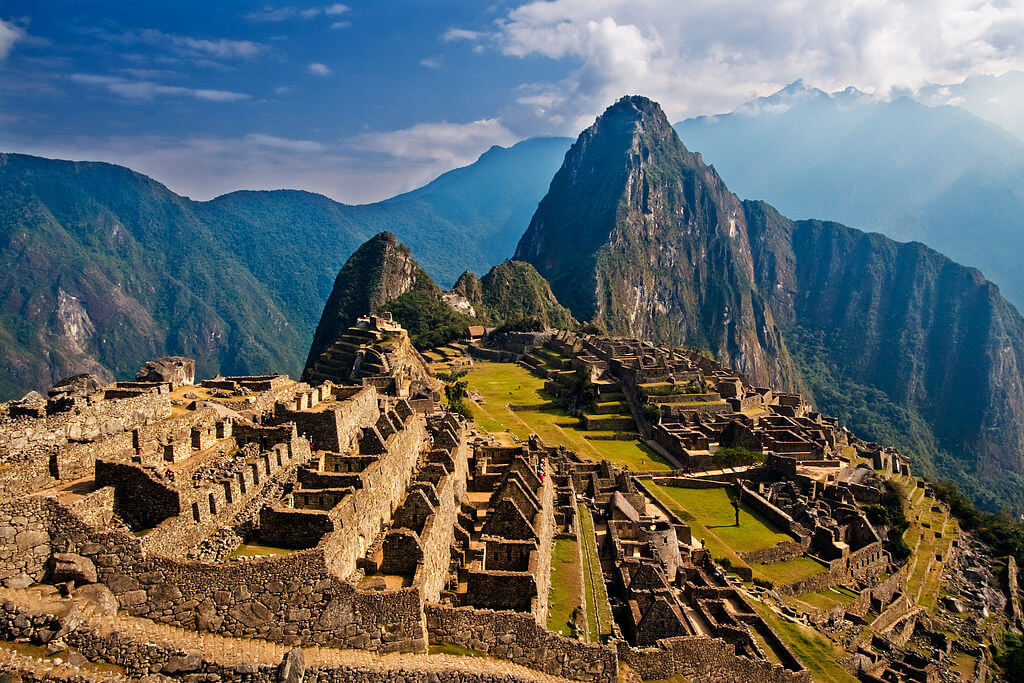 Machu Picchu is a great lost city high up in the Andes, built by the Inca people in the 14th century. The city is made up of stone, which all had to be carried up the mountain. The city was left abandoned, and still today, no one knows why. It is now called one of the New Seven Wonders of the world. This amazing piece of work is a massive tourist attraction nowadays.

The “Nazca Lines” in southern Peru, are massive mysterious designs and pictographs carved into the ground in the Nazca Desert, by the Nazca people around 1500 years ago. The different figures, including animals and plants, measure up to 30 meters wide, and stretch for more than 9 kilometers. They are so big, they can be best seen from a plane.

Lake Titicaca, located on the border between Peru and Bolivia, high up in the Andes Mountains, is at 3,800 meters (12,470 feet) above sea level. It’s called the ” highest navigable lake” in the world. The Uros people still live on the lake, on floating islands made from a grassy lake reed.

The major bodies of water in Peru are: Lake Llanganuco, Lake Titcaca, the Ucayali River and the Madre de Dios River.

The 10 longest rivers in Peru all flow into the Amazon River. The Amazon River itself, starts high in the Andes mountains in Peru, and flows through Brazil, Bolivia, Colombia, and Ecuador before finally reaching the Atlantic Ocean.

The Amazon rainforest is the world’s largest rainforest. It covers nearly half of Peru. Peru contains the second largest segment of the rainforest, after Brazil.

Animal lovers will love Peru. With the country having the three main ecosystems in it’s boundaries, namely, the Andes Mountains, the Amazon Rainforest and the desert Pacific coastline, this makes Peru one of the most bio-diverse countries on the planet.

In the 50 protected wildlife reserves of Peru, you can find the elusive puma, the endangered spectacled bear and the camera shy jaguar, all thrive away without the threat of mankind.

Other unique animals found in Peru are: the Andean Cock-of-the-rock, the Andean Condor, the Humboldt penguin, the Amazon Pink River Dolphin, the Peruvian Hairless Dog and the Viscacha.

The rainforests in Peru are home to animal and plant species found nowhere else in the world, and scientists believe that there are still some Indian tribes living in rainforest zones that nobody has ever seen.

The rainforests in Peru are divided into three different zones, and they each offer unique opportunities for visitors to spot wildlife, engage with indigenous tribes, or to stay in impressive eco-lodges.

Peru has three distinctive climates in it’s three distinctive regions. The coastal region has a dry, hot climate all year round. In the highlands of the Andes, there are two seasons, the wet season from December-March, and the dry season from April-November. Lastly, the tropical jungle region of Peru is humid all year round, with the humidity and rain escalating from December-March.

Year by year, figures has shown a steady growth of tourists to Peru, and it shows no sign of abating, due to the natural beauty of the country. However, mining is the biggest industry in Peru for now and the foreseeable future, and each days sees new mountains and jungle areas being destroyed by mining incursions. If they don’t stop the mining, it will eventually hit the tourism sector.

Peruvians keep guinea pigs, unfortunately for them, not as pets, as they roast them and eat them. It is estimated that 65 million guinea pigs are consumed in the country every year.

The Llamas and the Alpacas, primarily found in Peru and Bolivia, has been used for transportation in South America for thousands of years. You can also drink their milk, make wool from their fur, and burn their poo as fuel. These camel cousins can also be used for food.

The potato is native to Peru. There are over 4000 different species of potato to be found here. How do you say in Spanish “a plate of boiled spuds please”!!.

Explorers still believe that there are more lost cities in Peru. The tales of lost cities, full of riches and gold, keeps a lot of people interested.