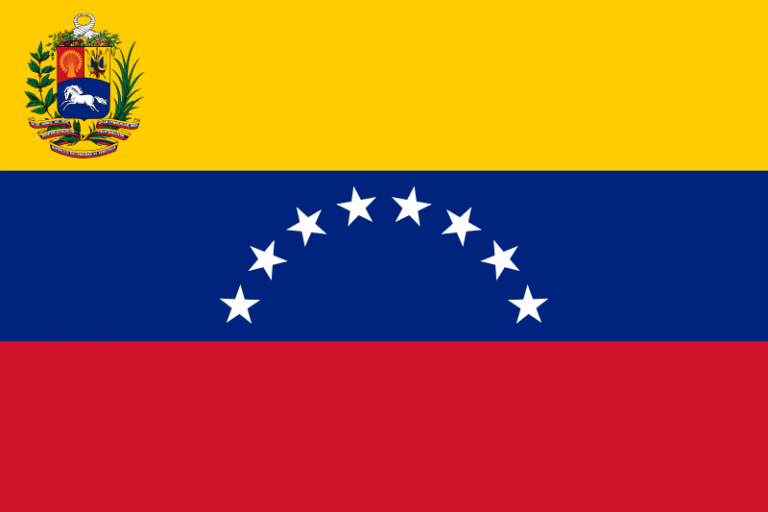 Venezuela, officially called the Bolivarian Republic of Venezuela, is located on the northern coast of South America. The country comprises a continental mainland and numerous islands in the Caribbean Sea.

Venezuela borders Guyana to the east, Brazil to the south, and Colombia to the west.

Venezuela is divided into four geographic regions: the Orinoco plains, the Guiana region, the Maracaibo lowlands and the Venezuelan Highlands.

A BRIEF HISTORY OF VENEZUELA !!!

Venezuela’s original inhabitants were the Carib and Arawak Amerindian peoples.

For centuries, the indigenous people lived by farming, hunting and fishing on this land, long before Christopher Columbus spotted it, as he sailed along Venezuela’s eastern coast in 1498.

In 1499, Spanish Explorer, Alonso de Ojepa, led another expedition to the area. He named it Venezuela, as he spotted the natives living in houses that were built on stilts over the water, which reminded him of the canals of Venice in Italy.

Spanish colonization began on the coast in 1521, and by 1522, Nueva Toledo became their first settlement. Others soon followed, such as Cumaná in 1523 and Caracas in 1567.

The Spanish shipped in thousands of African slaves to work on the plantations, to replace the natives who died in their droves from malnutrition, slavery and infectious diseases, brought over by the Europeans, such as smallpox, to which they had little or no immunity.

Despite the fact that Venezuela was relatively unimportant to the Spanish, they still held a firm grip on this land until the late 1700’s, when the Venezuelans started to rebel against Spanish rule.

On July 5th, 1811, a national assembly declared Venezuela independent, making them the first nation in Latin America to do so. However, this didn’t last long, as almost one year later the Spanish crushed the Venezuelan revolution.

Simón Bolívar, a patriot in present-day Venezuela, led the countries of Colombia, Panama, Ecuador and Venezuela to independence from the Spanish Empire in 1821, creating their own state, called Gran Colombia.

However, Gran Colombia was a short-lived alliance, which broke up in 1829, leading to Venezuela becoming its very own independent country in 1830.

Venezuela is currently going through one of the worst political and economic crises in modern history. Not so long ago, the country had a stable democracy and was regarded as a economic powerhouse, however, Venezuela nowadays is on the brink of collapse and the country is effectively insolvent, due to corruption and failed government policies.

The Official name of Venezuela is the Bolivarian Republic of Venezuela. This was adopted into the new Constitution of 1999, in honor of Simón Bolívar, who led the country to independence in the early 1800’s, from the Spanish.

The country is located on the northern coast of South America . It comprises of a continental mainland and numerous islands in the Caribbean Sea. It borders Guyana to the east, Brazil to the south, and Colombia to the west.

Venezuela is divided into four geographic regions: the Orinoco plains, the Guiana region, the Maracaibo lowlands and the Venezuelan Highlands.

The Venezuelan Highlands are mountains that borders the Caribbean Sea.

Venezuela is divided into 23 states.

Although the majority of the Amazon rainforest is in Brazil, part of it is located in Venezuela.

Venezuela has lots of grasslands, rainforests and cloud forests. These are all perfect habitats for the 1,400 bird species, the 315 species of amphibians, the 340 different reptiles and the 350 different mammals, that all call Venezuela their home.

Venezuela is considered one of the seventeen megadiverse countries in the world that harbor the majority of Earth’s species and high numbers of endemic species. “Megadiverse” was created to describe those countries that account for a high percentage of the world’s biodiversity by virtue of containing very large numbers of species.

Canaima National Park is one of the largest of its kind in the world. It was established in 1962, and in 1994, it was named by UNESCO as a World Heritage Site. The Pemón Indians originally lived on the land. It is covered with an abundance of wildlife, and is home to two of the highest waterfalls in the world.

Angel Falls in Venezuela, is the World’s highest waterfall. The highest point of the falls reaches 979 meters, with water falling from a height of 807 meters. The water has to fall so far, that by the time it hits the ground, most of it evaporates and turns into fog. The waterfall was named after a pilot called Jimmy Angel, who saw it on a flight in 1933, while he was searching for gold.

Lake Maracaibo in Venezuela is the largest lake in South America and possibly one of the oldest on the planet, dating back nearly 35 million years ago.

Guacharo National Park contains a huge limestone cave that stretches over 10 km (6 miles) long, which is home to thousands of oilbirds. It also has a number of large chambers and spectacular rock formations. The cave itself was designated as Venezuela’s first National Monument in 1949.

The world’s biggest lightning storm can be found in Venezuela. The lightning occurs where the Catatumbo River empties into Lake Maracaibo, causing a dazzling phenomenon of 280 lightning bolts per hour, to light up the clouds for up to 10 hours a night. This incredible show happens at the same place, and at the same time for half of the nights throughout the year. It can be seen up to 250 miles (400 km) away.

The climate is hot all year round in Venezuela. The rainy season is from late April to mid-November, and the dry season usually runs from mid-December to mid-April.

The average temperature is around 27°C, although cooler temperatures are found at higher ground.

Over 25,000 species of orchids can be found in Venezuela’s lush mountains and stunning landscapes.

The country is home to the world’s largest rodent, called the Capybara. They are friendly herbivore animals, who uses its excellent swimming skills to escape from predators. They are frequently hunted for their meat and pelts.

The Tapirs are the largest land mammals in Venezuela. They can weigh up to eight hundred pounds.

Venezuela has one of the largest natural gas reserves, while it also has the second largest oil reserve in the world.

The oil production in Venezuela is a dominating factor in its economy. It accounts for approximately 80% of their exports, plus the citizens of the country enjoy the cheapest petrol in the world.

Even though Venezuela is one of the top oil producing countries in the world, around 80% of the population live in poverty. Another 10% of Venezuelans have left the country.

In 2015, inflation in Venezuela rose to over 141%, leading to growing discontent among the population, a problem that is still ongoing in the country today.

From the mid 1950’s, and through the 1980’s, Venezuela was regarded as the richest nation in South America.

The national hero of Venezuela is General Simón Bolívar, who led his country and his neighbors to freedom from Spanish rule in the early 1800’s. You’ll find lots of statues of him around Venezuela. The country Bolivia was also named after him.

The women of Venezuela are renowned around the world for their beauty. The country has won 5 Miss World, 6 Miss Universe, 1 Miss Earth and 6 Miss International contests.

The national dish of Venezuela is Pabellon Criollo. It is a plate of rice, shredded beef in stew and stewed black beans.

While Spanish is the official language of Venezuela, numerous other languages are also spoken, such as Carib, Guahibo, Warao, Wayuu, Pemon, and Piaroa. The new Constitution of 1999, now recognizes all indigenous languages spoken in the country.

The national dance of Venezuela is called the Joropo, you’ll see this performed nationwide during national holidays and festivals.

The music in Venezuela is a mixture of both Spanish and African music, accompanied with percussion instruments.

Venezuela was the first country to do away with the death penalty.

The adult literacy rate in Venezuela is just over 96%, while the life expectancy is 75 years.