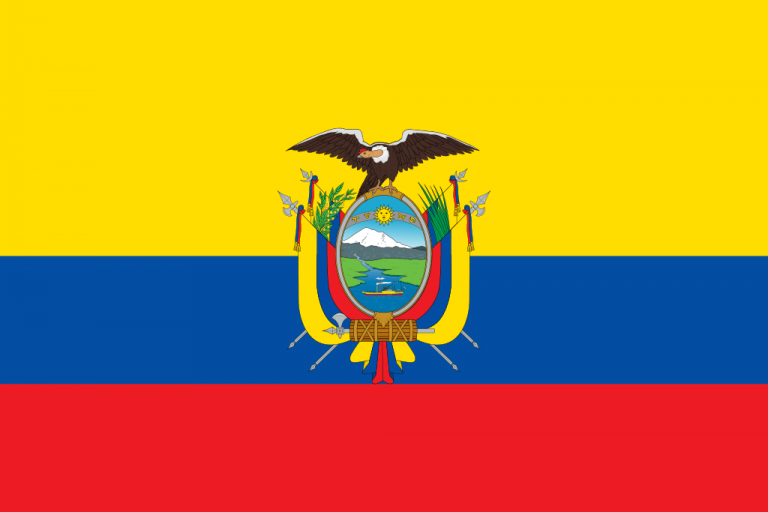 Ecuador, officially called the Republic of Ecuador is a country located on the South America continent. Situated on the equator, Ecuador is bordered on the north by Colombia, by Peru on the east and south, and by the Pacific Ocean to the west.

Ecuador also owns a group of island in the Pacific Ocean, called the Galápagos Islands. These islands are famous worldwide for having many native animals, birds, and plants, which are found nowhere else on our planet.

A BRIEF HISTORY OF ECUADOR  !!!

Scientists believe ethnic groups have resided on these shores as far back as 4500 B.C, because of the pottery and other artifacts found. They were highly skilled potters and welders in gold, silver and copper.

In the 1450s, South American Indians called the Incas begin the conquest of Ecuador, basing themselves in present-day Quito.

In 1532, the Spanish led by conquistador Francisco Pizarro arrived on the coast of present- day Ecuador, with plans to conquer the country for the Spanish crown.

They conquered and enslaved the Incas, and set up a Spanish colony. Throughout the 17th century this colony would thrive by the exploitation of the Indians.

Many of the the Incas died from hardship, violence and infectious diseases that was brought over by the Europeans, such as smallpox, to which they had no resistance.

The replace the decimated natives, the Spanish shipped in thousands of African slaves to work on the sugar plantations. (In present-day Ecuador, it is home to people of mixed race, whom are descendants of these slaves).

Life was very comfortable for the ruling colonists, until August 10th, 1809, when the first attempt to gain independence was made by a group of supporters led by Juan pio Montufar.

They managed to take over the Capital city of Quito and install a government. Although, this only lasted for 24 days as the Spanish once again seized back control. To this day, this date is celebrated every year in Ecuador as Independence Day.

Independence was finally achieved on May 24th, 1822, when forces led by Antonio Jose de Sucre (a follower of Simon Bolivar, the Venezuelan patriot and liberator), defeated the Spanish royalists at the battle of Pichincha.

With independence won, Simon Bolivar’s aim was to form a United South America Country. He started by combining Venezuela, Colombia, Panama and Ecuador together, into one Independent Nation Of Gran Colombia.

However, this agreement fell by the wayside after only eight years, and by 1830, Ecuador became a fully independent country on their own.

Ecuador is the only country in the world named after a geographic feature. In Spanish, Ecuador means equator, and it was the Spanish who gave it this name, due to the country sitting on the equator line.

The equator is an imaginary line that divides the Earth into the Northern and Southern Hemispheres. It is halfway between the North Pole and the South Pole.

Ecuador is the fourth smallest country in South America.

Quito, the capital city of Ecuador is the second highest official capital in the world, standing at 9,350 feet (2.850 meters) above sea level. The highest capital in world goes to La Paz, in Bolivia.

Ecuador also owns a group of island in the Pacific Ocean, called the Galápagos Islands. These islands are famous worldwide for having many native animals which are found nowhere else on our planet, like the land tortoise, land iguana and marine iguana. The marine iguana are the only lizards that can live in the sea.

The Galápagos giant tortoise is the largest tortoise in the world. Some have lived to 180 years, making them the world’s longest-living land animal.

The Galápagos Islands consists of 13 major islands and 6 smaller islands. Out of the 19 islands, 5 of them are only inhabited, with a total  population of around 30,000.

Quito and the Galápagos Islands were both declared UNESCO World Heritage Sites in 1978.

Ecuador is one of 17 megadiverse countries in the world. This means they are one of the nations who possess the highest number, and different types of animals and plants in the world.

The Amazon rainforest in eastern Ecuador covers almost half of the whole country. You will also find ten percent of the world’s trees growing there.

High up in Ecuador’s cloud forests, you will find the tube-lipped nectar bat. These bats have tongues 1.5 times as long as its body, which is handy to lick the nectar out of the flowers it likes to feed on.

There are 14 different indigenous nationalities living in Ecuador.

The definition of indigenous is someone who is native to an area or who naturally belongs there. They have their own language, cultures, geographical areas and social structures.

The most significant rivers in Ecuador are the Babahoyo, Chira, Coca, Curaray, Daule, Esmeraldas, Guayas and the Puumayo.

Ecuador is divided into 4 distinct regions, the Amazon, the Sierra, the Coast and the Galápagos Islands.

Ecuador’s list of animals is among the world’s longest, including the largest predator, the jaguar. You will also find, the mountain loin, the spectacled bear, 2 tapir species, the white-tailed deer, the Amazon manatee, 287 species of mammals, 21 species of monkeys and more than 1650 species of birds. The list is endless, but there is one thing we do know, and that is all these animals live in the most perfect habitat they could ever wish for.

The national bird of Ecuador is the Andean Condor. It has the largest wingspan (10.5 ft) of any land bird. This bird can cruise in the skies for hours without flapping its wings even once.

Ecuador is home to one of the world’s rarest marine mammals, the pink Amazon River dolphin.

In the Amazon there are more than eight thousand species of medicinal plants.

Ecuador has basically two seasons, a wet season and a dry one. As Ecuador lies directly on the equator, the country experiences 12 hours of daylight, 365 days a year. Even during the rainy season, most days are sunny with an average temperature of 25 degrees Celsius, making it a perfect destination for your holidays.

Ecuador attracts more than one and a half million tourists every year, thanks to the public and private tourism sector, who has successfully promoted Ecuador as a wonderful destination.

Ecuador sits on the Pacific Ring of Fire, an area prone to seismic activity. This mean the country is always at risk of Earthquakes or other natural disasters.

In May 1999, Ecuador and Peru signed a treaty ending nearly sixty years of dispute over their borders.

While the official language of Ecuador is Spanish, other languages such as Kicha and Shuar are recognized by the government.

The Famous Panama hat is actually made in Ecuador.

Ecuador is the world’s leading exporter of bananas and cacao beans.

The literacy rate in Ecuador is 93% and the life expectancy is 77 years.