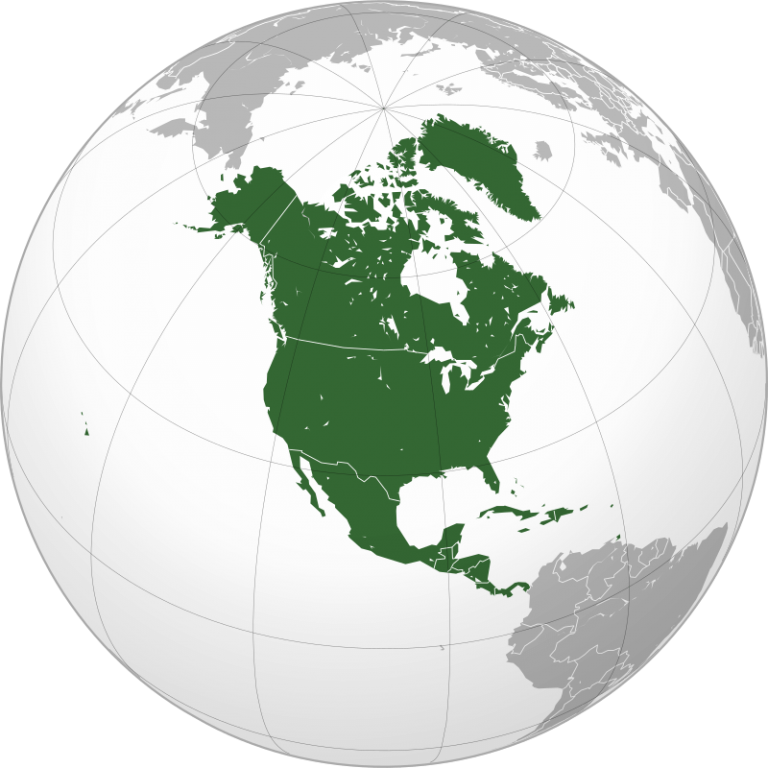 A BRIEF HISTORY OF NORTH AMERICA !!!

Native Americans lived in North America for thousands of years before the first European explorer, Christopher Columbus arrived on their shores in 1492.

The Native Americans are normally referred to as American Indians or just Indians. The reason being, when Christopher Columbus first arrived in North America, he actually believed he had reached the shores of Asia in the Indian Ocean.

The Aztecs and the Mayan were the most advanced of the Native Indians living in North America before the arrival of the European explorers. Unfortunately as the Europeans arrived, they also brought diseases with them, leading to a massive drop in the population of the natives in the coming years.

In addition to diseases, violent wars also led to the destruction of many native societies.

With the news spreading across Europe of this New World, it led to an era of colonization by settlers from Spain, France, Britain, Portugal and the Netherlands. By the late 18th and early 19th century, these countries were all involved in power struggles, which later led to the creation of the different states.

As these states were being formed, European immigrants came in their droves. Fast forward to today and you will find most people living in North America are descendants of immigrants from France, England, Spain, Italy, and other European countries.

The word “Americas” originates from the name of Italian explorer, Amerigo Vespucci. He realized what Columbus didn’t, that North America was not part of Asia, and that is was a completely different landmass of it’s own.

North America is the third largest of the seven continents in size, ranking just below Asia and Africa.

North America is the fourth most populated continent, with an estimated 579 million inhabitants.

Greenland, the world’s largest island is also in North America, however it belongs to the European country of Denmark. More than half of the whole population of North America lives in the United States of America. Nowadays it has a population of over 328.2 million inhabitants.

The main languages spoken in North America is English, Spanish and French.

Christianity is the predominant religion in the 23 dependent countries in North America.

North America takes up 16.3 % of total land area on Earth.

In addition, the west coast of North America is the site of a lot of seismic activity, making it a high risk Earthquake zone.

Mexico is the most earthquake prone country in North America.

Canada not only has North America’s longest coastline, it has the longest in the world, it stretches 243,797 kilometers (151,488 miles) long.

Mexico City is the most populous city in North America. The capital of Mexico has a population of over 21.2 million inhabitants.

The smallest nation in North America is Grenada, with a population of only 107,825 inhabitants.

The highest peak in North America is Mount Mckinley (also known as Denali). It is located in the state of Alaska, in the U.S.A. It’s summit is 20,237 feet (6,168 meters) above sea level.

The lowest point in North America is Death Valley. This is a desert in Eastern California, that has a floor elevation of -86 meters (-282 feet). It is described as the continent’s driest region, and one of the hottest places in the world during the height of summer.

The Missouri River in the U.S.A is the longest river in North America. It stretches 3,767 meters (2,341 miles) long as it flows through the seven states of Montana, North Dakota, South Dakota, Nebraska, Iowa, Kansas and Missouri.

The biggest lake in North America, Lake Superior, is shared by both Canada (to the north) and the U.S.A (to the east, south and west). It’s surface area is 31,700 square miles (82,100 square kilometers). It is the third largest lake in the world.

The major mountain ranges in North America are the Appalachian Mountains, the Rocky Mountains and the Sierra Nevada.

North America is home to an abundance of wildlife, some of the most important animals include, the American Beaver, the American Alligator, the American Moose, the Brown Bear, the Monarch Butterfly, the Nine-Banded Armadillo, the Tufted Titmouse, the Arctic Wolf, the Gila Monster, the Caribou, the Ruby-Throated Hummingbird and the Black-Footed Ferret.

North America has hosted the Olympics games on twelve occasions, the first was in the U.S. in 1904.

The Statue of Liberty, the Grand Canyon, and the Empire State Building are some examples of famous landmarks and tourist attractions in North America.